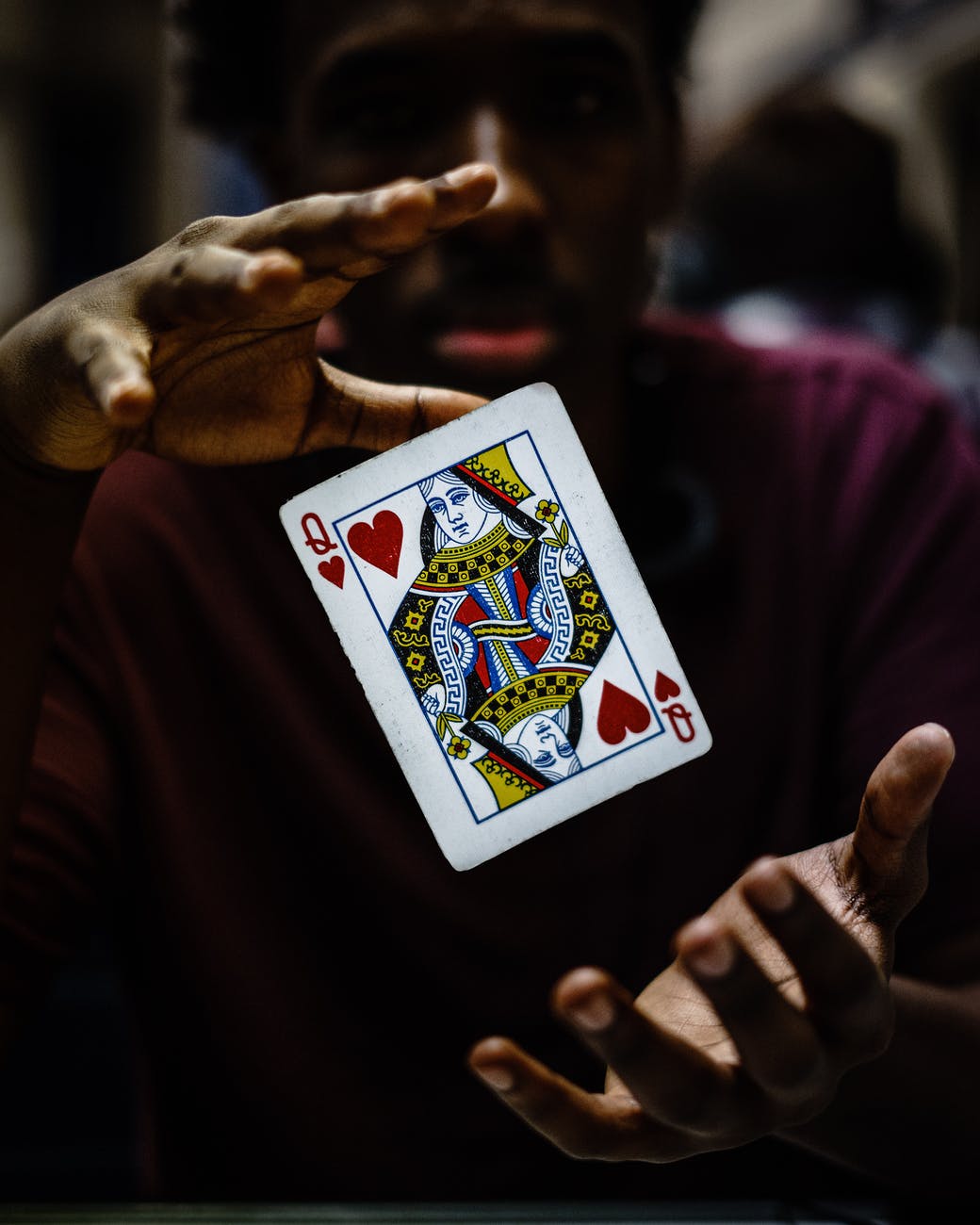 Welcome to Wednesday’s Witches, Wizards and Warlocks Edition of The Good News Journal, I hope You are all having a Wonder-Full week!

When I decided to make Witches, Wizards and Warlocks a new section of My Blog, I wasn’t entirely sure what I was going to Write about, I just knew it was a topic that is often misunderstood and felt I should try to provide some clarity.  A lot of People perceive Magic to be this elusive, mysterious, perhaps even ‘fictional’ force, yet it is literally Part of My everyday Life.  Let Me explain…

Last night, as I was War King (late) on My Blog Post for the day, and the WordPress Editor I use to Publish got laggy.  This has been something of an Issue as of late, and I’m not entirely sure why – My laptop runs absolutely fine the rest of the time, it only seems to be when I’m War King on a WordPress Post that I encounter this issue.  I started Writing somewhere around 7:30 and by 9:30 I was so frustrated, I was ready to put My fist through My monitor but thought better of it (I really can’t afford a new laptop and this one really does work fine the rest of the time).  Instead, I thought this might be the perfect time to take a break and was waiting for the Page to recover so I could save My data before doing so.  Then My laptop crashed and shut down completely!  I closed My eyes, took a deep breath, and hit the power button, hoping it would fire up as per usual.  Thankfully, it did.  I left to have a smoke, hoping when I returned that My computer would run more smoothly and that My draught had been saved.

I don’t believe in coincidences, not even a little bit!  So what exactly was the Universe trying to tell Me?  I considered this as I had My smoke, thing King about what I was Writing, My “Motivational Monday” Post.  No, the Universe had no issues with that.

‘So what, then?’, was My Quest-Ion to the Universe.

‘Why is the world interested in Your Story in the first place?’, was the answer that came back to Me.

Yes, sometimes the Universe answers a Quest-Ion with another Quest-Ion.  And it wasn’t just a Good answer, it was the perfect answer.

My audience doesn’t know Me as well as My Friends do, and this whole decision to monetize My Blog was a big decision for Me.  And the Universe doesn’t have any issues with that, either – unless I allow that decision to change My Tune, then I’m no longer Acting in Harmony with the Universe, the ‘One Song’ We all Sing.  I have to remind My audience why I’m here and what this Story is really about; I am the man who came to earth to accomplish Peace, and this is the Living Tale of how it Will be done.  You are literally reading one of the most Magical and Inspirational Stories on the internet, and everything I Write about should in some Way reflect that Truth.

When I returned to My computer after having this epiphany, My computer was back to normal, and all My data was saved just as it was before the crash.  And the Universe really wanted Me to share this Story with You today; because this is just one example of how I find perfection in everything!!!

There really are no coincidences, the trick is in deciphering the message.  If I had come back to My computer and it were still laggy, and/or all the data was gone, that would be a different Story, another message to de-Cipher (Matrix reference for those who are fans), perhaps suggesting that I share My epiphany with the world in the Motivational Monday Edition, rather than Wednesday’s Witches, Wizards and Warlocks, which is when I had asserted to the Universe I would share My revelation (Revel, eh, Sean!).

I was so excited to see that My computer was back to normal, that I considered those who are in My microcosm now, because truthfully, no one who has ever known Me in My microcosm has ever doubted I Will succeed in My Quest, the only real Quest-Ion was how and when. [Two exceptions to this claim might be My immediate family and My best Friend, but My best Friend is the eternal pessimist, the yin to My yang, (which serves its purpose by challenging My Ideas and has always been there anytime I have needed support), and My family would probably tell You they believe I can accomplish anything I put My Mind to, except world peace – they just find that a bit of a stretch.]

The lady I spend the most time with in My microcosm doesn’t really know Me yet.  She’s had a chance to witness a couple of remarkable Miracles, but I wasn’t convinced it was enough for her to believe I Will actually accomplish Peace in the world.

She has a dog and like most dog owners, loves the adorable pup to the ends of the earth.  It managed to get out one day when it was minus thirty degrees – worst possible day for a dog to get lost, and she was working all day so nobody noticed.  People at the house thought the dog was with her, she thought the dog was safely at home.  You can Imagine how distraught she was when she realized it was gone.  We walked around the neighbourhood calling for the dog in the bitter cold to no avail.  When We finally gave up and returned home, I told her not to worry, she hasn’t known Me long enough to know how ‘Lucky’ I am, but People in My Universe are Divinely protected –

“Your dog is safe, and You Will get him back, Trust Me.”

The moment she said those Words, I knew that she would.  Two (painstakingly stressful days for My Friend) later, she got a call from a man saying he had found her dog, in Good health and would be returned to her the following morning.  Mission accomplished, thank You, Universe!  [Miracle 1]

The day after this, My Friend lost her phone.  She believed it fell out of her coat pocket as she stepped out of the car to go to the store.  Once again, I told her not to worry, she doesn’t know how Lucky I am yet, and We headed back to the store to see if it had been turned in.  The moment We walked into the store, she asked the man behind the counter if anyone had turned in a phone.

My Friend was ecstatic and described her phone.  Not her phone!  I’d already said, “See, this is how My Universe works!”, only moments before discovering the phone wasn’t hers.  My next thought?  ‘Okay, Universe, what are You up to?  You don’t let My Friends down.’

Once again, I assured My Friend not to worry, she would get it back.  This time she was not so confident.  “No, it’s gone.  If it didn’t get turned in, it would have fallen out right here, someone took it.”

I wasn’t convinced but I didn’t want to press and We headed home.  Just as I was walking into the house, I got a text message, “I found Your Friend’s phone.”

I was on My Way to tell My Friend, but it was already in her Hand – someone dropped it off at the house.  She still has no Idea who, or how they knew where she lived.  Thank You, Universe!  [Miracle number 2] 😉

I figured the best to find out if My Friend had experienced enough miracles to believe We would eventually accomplish Peace in the world, was to just come straight out and ask her.  So I did, the same night I had the revelation I shared earlier in this Post, almost as soon as I realized My computer was back to normal.  Her reply?..

“You are not going to believe this!  Would You believe that I just had a conversation with another man who said to Me exactly the same thing?”

“Soon You Will know, there is very little I Will not believe.”

So, My Magical Mystics, Witches, Wizards and Warlocks, be careful with Your Words because they truly do have Power.  The more You understand this Power, the more Powerful Your Words become!

“There is a Giant asleep within everyone.  When the giant awakens, Miracles happen.” – Frederick Faust

Have a Wonder Full, Magic-All Wednesday!