Good day every One, and welcome to the Simple Saturday Solutions Edition of the Good News Journal.  Today I Will be tall King about Sovereignty; real Sovereignty, as it applies to an independent nation State.  I’d like to Give an example of a Sovereign nation state but unfortunately, I’m not sure there is such a thing in Our Current world.

As I am Currently sojourning in Canada, a country most People believe to be Sovereign, I figured that would be a Good place to start.  For those familiar with My Story and the personal Quest I’ve been Writing about on this Blog for the last ten years, You Will know I studied the Law rather extensively, but I did not limit My studies to Canadian Law, fundamentally because I know that Canada as a ‘Sovereign’ nation has been legislating laws for its People for quite some time.  If government can legislate and create laws, I was interested in understanding what the Universal guidelines might be (if any).  Otherwise, what would prevent a country from making an Act most would perceive morally unjust, ‘legal’ [like murder, for example]?*

Well, after many years of study, I realized that there is nothing at all preventing a country from making morally unjust Act-Ions, ‘legal’, though such Act-Ions Will never Truly be Lawful.  For the sake of this Blog Post, Lawful Will refer to Universally accepted laws of society that are generally accepted as criminal Act-Ions, while ‘legal’ Will refer to laws created by a Sovereign state.  For example, We all generally accept that murder is wrong (unlawful), yet it is perfectly legal for a man enlisted in the army to kill.  This is one example of how legislation allows for an immoral Act to be made legal and socially acceptable.

I decided to start My research for this Post by as King of Google about Canada’s Sovereignty, just to see what the world wide web’s most popular opinion on the matter might be.  Much to My surprise, the top search result confirms what I am claiming to be True – Canada has never truly been a sovereign nation.  Although the Ottawa Citizen claims that Canada did eventually gain its independence by Way of Royal Assent on March 29th of 1982, it’s all just smoke and mirrors.

Encyclopedia Britannica claims Canada gained independence from Great Britain in 1982 by Way of Royal Assent of the Canada Act, though the article also mentions that members of [British] parliament were concerned about the inadequate representation of native rights.  Why would this be mentioned?  The United Nations has also criticized Canada for failing to adequately protect the rights of indigenous People, and Canada’s Charter allows for both federal and provincial governments to ‘set aside’ Charter rights.  What is the point in having a Charter of rights for the People if they can be ‘set aside’ at the discretion of government?  Like I said, it’s all just smoke and mirrors.

There are two primary reasons why Canada is not a Sovereign nation.  First, to be a Sovereign nation, a country must have its own mail system, a national Post Office.  Secondly, it must manage its own economy autonomously, meaning it should have a national bank that can print money necessary for the infrastructure and development of its resources and People free of interest.  A Sovereign nation has the Power to Create wealth.  Canada has neither of these Powers.

Canada’s national bank, the Bank of Canada, is only a symbol and prints no money.  Canada borrows all of its money from private corporations, and private banks print the actually currency.  You can read about how Canada’s banking system currently operates directly from the parliament of Canada website.

“A Key similarity between money creation in the private banking system and money creation by the Bank of Canada is that both are realized through loans to the Government of Canada.”

Sovereign nations do not ‘borrow’ money, they Create it.  This is like reading Word Magic, as it sounds as though Canada can create its own wealth (and it can), but it comes at a price – an interest rate that Will never enter the economy.  What that means, is that even if Canada returned all the money it borrowed from the Bank of Canada tomorrow, the accrued interest would still be outstanding.

The other thing a Sovereign nation requires is a national Post office.  Canada doesn’t have that either, Canada has a Postal Service, ‘Canada Post’, which is a private corporation.  It is actually ‘Royal Mail’, established by Great Britain.  The name was changed to Canada Post in 1867, but ownership remained with the Crown corporation.  You can read about how the international postal service works here.

As I mentioned at the beginning of this Post, I’m not sure there are any truly autonomous countries in the world; virtually every country is dependent on other nations for either postal services, or for printing their nation’s currency (at interest).  Because of this, the concept of a Sovereign nation is more theoretical than actual, and the microcosm reflects the macrocosm in all things.

Why was Canada’s determination to ‘break away’ from British rule so important if Her Grace, Glory and Majesty, Elizabeth the II was never interfering with Canada’s affairs in the first place?  Are there any historical references of Britain attempting to interfere with Canada’s policies or legislation since 1867?  I think the only reason Great Britain resisted Canada’s determination to separate in the first place was because Great Britain (and the ruling monarch at the time) knew that the People as King for Sovereignty had no Idea what it means to be sovereign.  It also seems just a little ungrateful to say, “thanks for all the ships, tools, resources and tradesmen You Gifted Us with to conquer these lands, but now that We’re here, We’re just going to Keep them for Ourselves and We Wish to have nothing more to do with You.”

Now, I’m going to tell You how a Sovereign country should work, and why taxation is theft.  The first link in this paragraph is from Wiki.  This link, is the legal definition of a Sovereign nation.  The third and fourth links, are two more legal definitions, one from Canadian law, the other from U.S. law, respectively.  One common thread You Will find among all definitions, is that a sovereign nation is defined as being autonomous and free of external foreign influences – this would include the influence of private, centralized banks.

A sovereign nation does not ‘ask’ to be sovereign.  If a nation is as King for permission to be sovereign, that’s the first clue the country has no Idea what it is as King for.  Of course the Queen would happily Sign the Canada Act because it just Shows how incompetent and dependent Canada is upon Great Britain.  Her Grace was probably having a Good little chuckle to her Self on the Way back from Signing the Act,

“Yeah, Canada believes they are independent, but they still haven’t figured out how to pay Me back.”  (If I knew how to do one of those roll on the floor laughing emoji’s here, I would).

If Canada were truly Sovereign, We would not have a financial crisis, We would have the freedom to print whatever money We need to put People into dignified housing, to create the clean energy alternatives the People of Canada (and the world) are collectively as King for, We would print money for infrastructure projects like roads, sewer systems, hospitals, health care, and whatever else We need.  Until We collectively understand that, We Will continue to see Her Grace, Glory and Majesty on every BILL We use as currency to re Mind Us who is really in charge.  It is not a coincidence they are dollar bills, and not dollar payments…

Finally, I found this great little clip to Sign off with today.  We know I don’t think much of Ben Shapiro, but I do like to Present the arguments to My philosophies, just so People have an opportunity to know why People have Issues with a Universal basic income.  It really just comes down to thing King it Will cost Way too much in taxes.  Well, if We were Sovereign, and Acting in Our Sovereign capacity, We wouldn’t need to worry about that, We could do what needs to be done to enrich both Our People, and Our country.

Anyway, hope You enjoyed this Simple Solutions Saturday Edition, I Will be back tomorrow with the Super Natural Sunday Review.  Have a fabulous weekend! 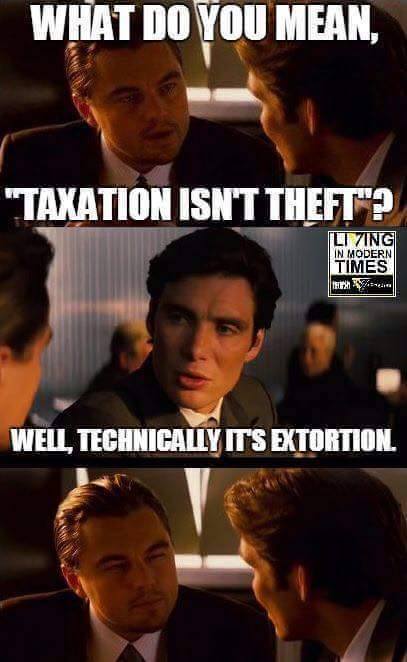