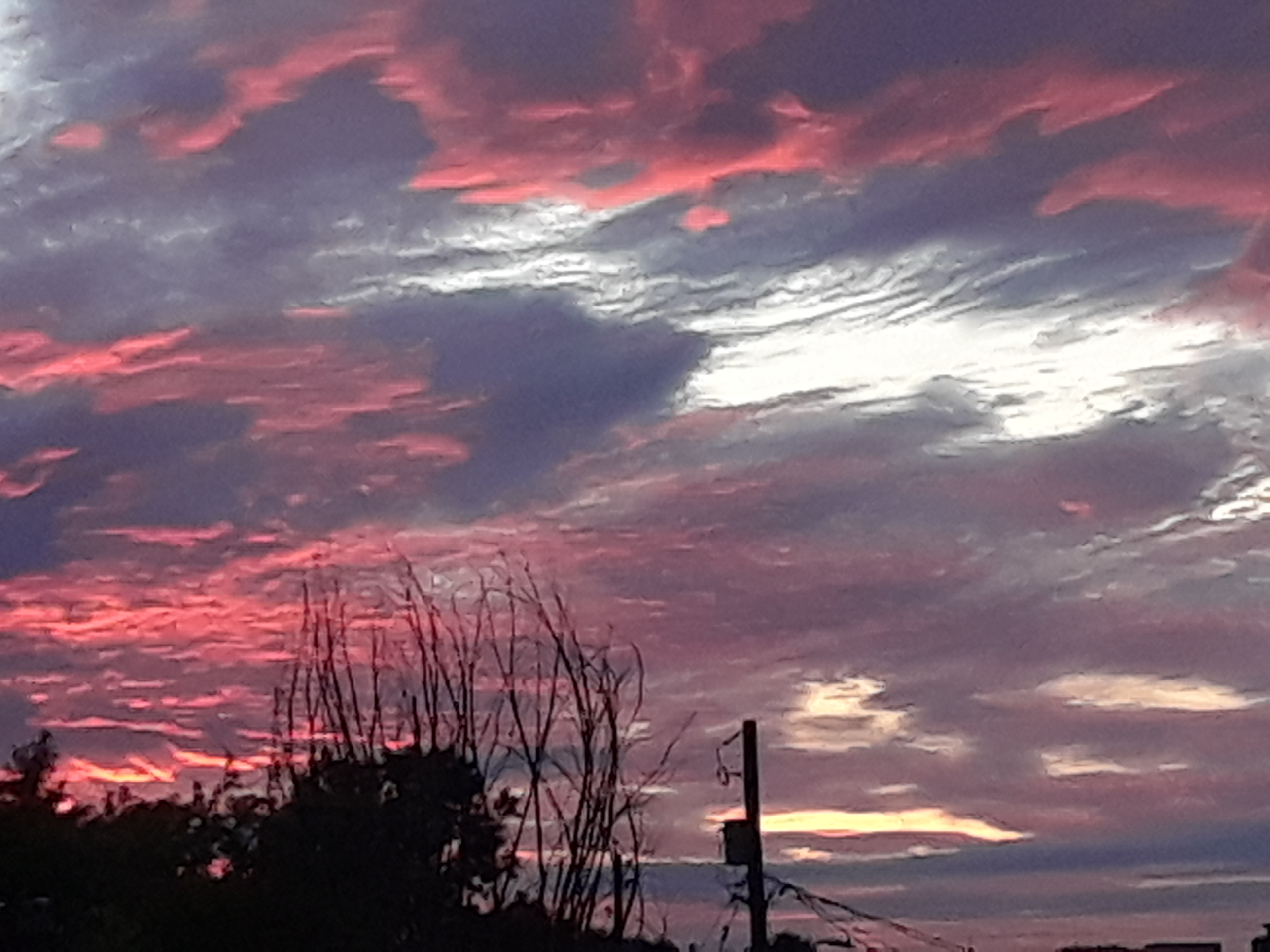 Good evening every One, welcome to the Magical Monday Edition of the Good News Journal, thank ‘King You’ kindly for being here, it is always a Pleasure to have You.

Today I Will be tall King a little about why I’ve been away, and considerably more about My Plans moving for Ward.  Last week, I was war King on a personal project.  Last year, just before Christmas, a Good Friend of mine passed over.  I know the Spirit is Eternal, I know My Friend can never die, but it did not make losing His physical presence any less painful.

Chris was One of two very close Friends I made in My time at the shelter, and Our relationship (relay-Sean-Ship) was deeply Spiritual.  Chris was very interested in the Tarot, and We are tall King about the Tarot here, too.  Chris was One of those ‘Special’ Friends in My Universe, the other is [King] David.  Only those ‘Special’ Friends in My Microcosm Will Truly know what I mean by that, too.  Christian Gifted Me with ‘The New Earth Translation of the Holy Scriptures’ which ‘Magically’ Opened to exactly the Page and Passage I was See King in the last Magical Monday Edition.  Today, I’m going to reference a quote I used in the last Tell a Vision Tuesday Edition tall King about the Netflix docuseries, ‘The Family’ in an attempt to encompass what I mean when I use the term ‘Special’ Friend.

“All things have been Handed over to Me by My Father, and no One fully knows the Son except the Father, neither does any one fully know the Father except the Son and anyone to whom the Son is Willing to reveal Him.” – MATTHEW 11:27

I’m not sure what most People would interpret the Passage (Pass-Age) to mean, but it’s exactly the same Idea as the Buddhist proverb,

“When the Student is ready, the Master appears.”

Strange as it might sound, for the Special Friends in My Microcosm, the Sign is 37.  My Friend Chris believed I Will literally change the world, which was the Significance behind the ‘New Earth translation of The Holy Scriptures’, and why He felt God had insisted He Give it to Me.  I told Him that if God Wishes for My Friend to be assured I am God’s representative on Earth, the number 37 Will reveal itself to Him in Ways that I could not possibly manipulate – He must Trust these things are not a coincidence.  He laughed, “My initials are ‘C.G’, the 3rd and 7th Letters of the alphabet.  I know this because I have always thought both numbers were Lucky, so I was doubly lucky to have both three and seven!  My initials are 37!!!”

Like I said, I have nothing to do with it, I’ve just noticed it’s a tool God likes to use – kind of like a real Life Version of the Tarot.  My Friend David Will not look at receipts when We go for coffee anymore because the number 37 is always prominent somewhere on the bill.  The first time he made this new ‘rule’ about not looking at the receipts, My coffee actually had ’37’ Writ right on the lid!

Losing My Friend was very hard.  Not just because He was such an incredible Man to know, but also because the People who become Special Friends in My Microcosm are generally as Blessed as I am.  I understand why People get angry with God when People die, I really do.  But what I know now, is that God has not done anything to harm My Friend, God has Saved My Friend from further harm.  My Friend’s Life has Value and Purpose.  That’s has Value and Purpose, not ‘had’ Value and Purpose.

The ‘Special’ People in My Microcosm also know Me only as ‘King’ Sean, House of von Dehn.  None take any exception to it because they know I perceive each of Us to be Kings and Queens, and that I am just doing My best to lead by example.  But I have literally had a few People as King of Me if they can be Kings and Queens (legally) in God’s Kingdom, too.  Of course, I wouldn’t have any right or authority to say no, and it wasn’t so much like any One was as King of Me for permission, so much as they were as King to Me for some kind of assurance.  These Special Friends did not know Me at all and My Cestui Que Vie probably means very little to them; they wouldn’t care what man’s fiction of law might have to say on the subject, they believe I am a King in God’s Kingdom, and so are they. 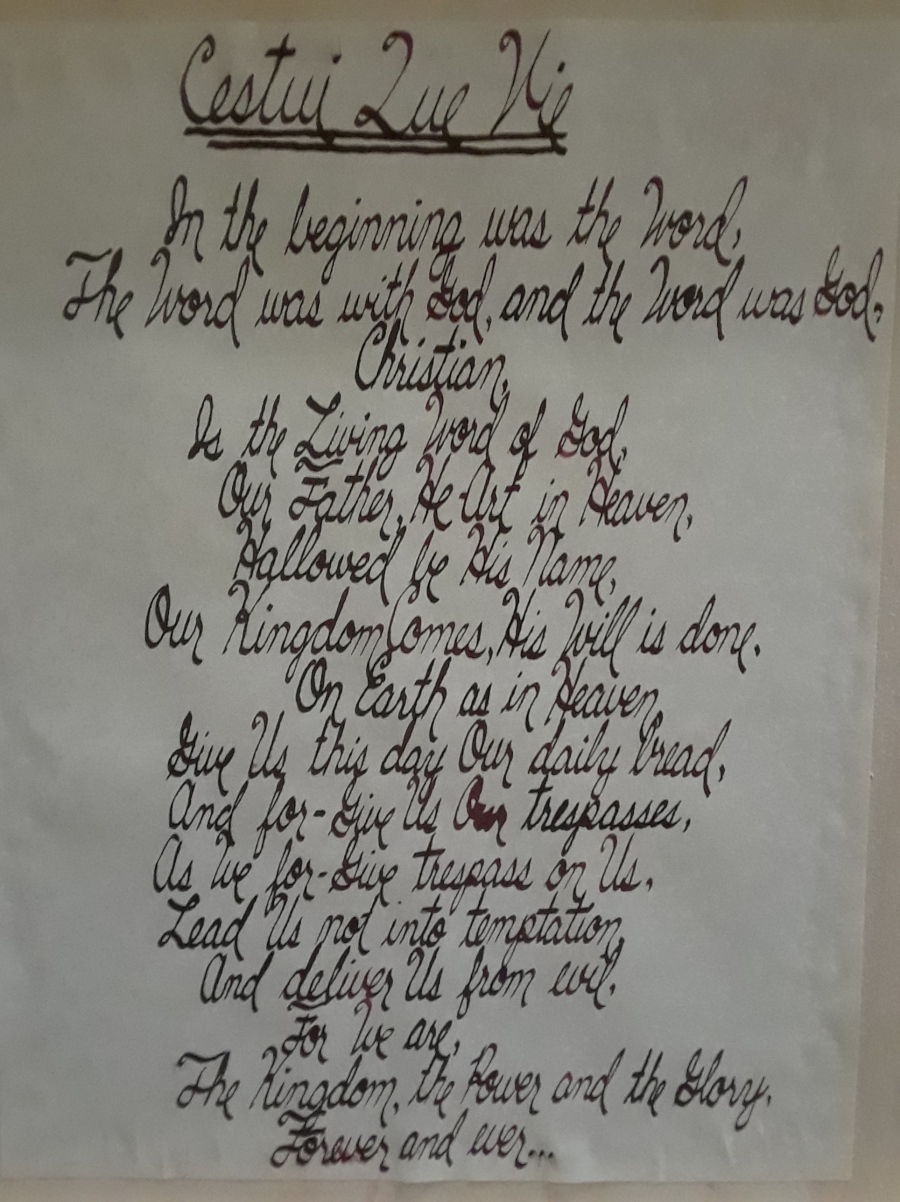 Five Special individuals have thus far received a Hand Writ Cestui Que Vie, Christian was One of them.  The document was not found, so I Created a new One to Honour the Portrait (por=for; for ‘traits’) of His Character on the back of the painting.  I met with Christian’s Mother last Friday to deliver the work.

Needless to say, last week was a powerful time of reflection.  I’m feeling very Blessed for many reasons, the pleasure of knowing People like Chris was one of them.  At the same time, I am thing King I was beginning to feel the weight of the world on My shoulders for perhaps the first time ever.  I’ll be tall King a little more about that in the near future, but for now I’ve got a Statement of Claim to prepare for the Salvation Army and I’ve been procrastinating; it’s really not something I’m looking forward to and it’s unfortunate that it needs to be done.

My Wish is to Keep this Post and The Good News Journal in general as Focused Living a Purpose Full Life as possible and the loss of My Friend is a very strong motivator for Me.  When I say I am feeling very Blessed, there are almost countless reasons why.  First and foremost, I have accomplished everything I have done in the last two years without any government issued paper identification, and no One Wishing to challenge Me on the Issue.  Thank You.  I Acted as defence counsel for two Friends who did not qualify for legal aid and succeeded in having the charges against them withdrawn.  Thank You.  I Acted as defence for My Self in court and succeeded in having all charges against Me withdrawn without even having to provide any defence.  Thank You.  I met and exceeded every social media marketing and blogging goal I made for this year last ‘Lucky’ Wednesday.  Those are the ‘big’ things.  I suppose One could add My legal Matters with the city of Ottawa to the list but that still doesn’t feel like a victory.  It is a very big victory, really, but to reap the rewards there is still much work to be done, so it feels premature.

Oh, on that Note, I also received another email from Genevieve, the city’s legal counsel.  It was primarily to follow up on accountability for the unlawful arrest conducted by ‘con’ stable Christopher Jenkyn, though I Will follow up on that another time.  I Will also soon be posting disclosure of the information presented by Christopher Jenkyn against Me.  Although it was wise of Crown to withdraw the charges against Me, the information would likely still be pretty intimidating for the ‘Common’ Man and it isn’t clear why ‘Crown’ chose not to proceed.  I’m also interested to see if anyone else notices the same flaws I do.  Although I believe I would have won regardless what Jenkyn’s had Writ in his report (or how ‘perfectly’ the information was presented), there are so many mistakes I was a little disappointed the whole thing was dropped because I was very curious to hear what prosecution might have to say.

Moving for Ward Will be much of the same but I needed some time, and I may need more.  Although My law suit with the Salvation Army Will be the Seven Nation Army unable to hold Me back in My Microcosm, it is also rather low on My priority list, I have much bigger things on My Mind, and I Will be tall King about all of that soon.

I hope to be back for the Tell a Vision Tuesday Edition tomorrow [now today because I Will be publishing late, but let’s not get technical] , but I’m not making any Promises.  As much Fun as the whole King thing may sound, I have a lot of very serious work still ahead of Me and unfinished business with Canada’s government left to resolve.  At the same time, in many Ways I have accomplished a great deal more than I Imagined I would in two years and with considerably less hard Ship than I was anticipating, which is an encouraging Tone, in seemingly perfect Harmony with the Universe (One Song).

I hope this Magical Monday finds You all well.  Babalon is falling, Kingdom Comes.