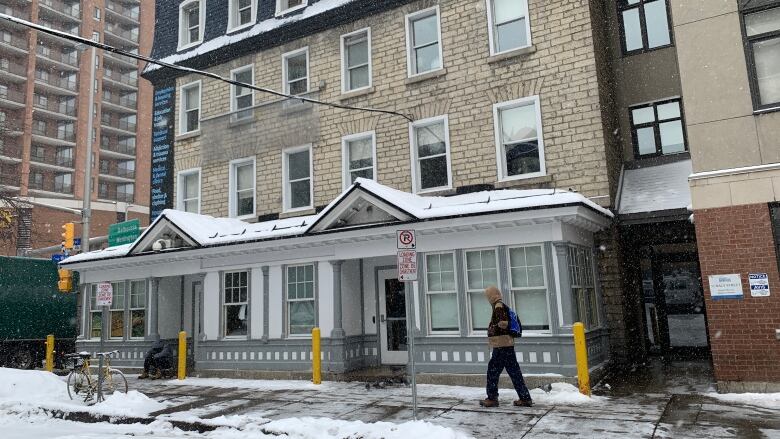 Hi every One, and welcome to the Simple Solutions Saturday Edition, thank King You for joining Me.  Today, I Will be re-addressing Ottawa [and Canada’s] homelessness crisis, and providing the solution.

First, it is important to point out that this Post was inspired by a recent article published by the CBC tall King about the number one budget and policy priority for the city of Ottawa – homelessness came out on top. It is officially the Issue Ottawa’s People most Wish to see remedied.

This is why I get so bent out of shape whenever I hear that the proposed new ‘mega shelter’ is a go.  It is not a solution, it is a band-aid, and a band-aid Ottawa city council has been using for as long as the they’ve had homeless People in the streets.  Economics are supply and demand.  Simply and plainly put, a mega shelter Will require mega homeless (Ottawa) People to fill it and Keep it in business.  Furthermore, this comes at a cost to the taxpayer of roughly $3000 per month, roughly twice the amount the city spends on shelters now, and more than twice the city’s average, single occupancy, market value rental cost.  A five year old could tell Ottawa city councillors the decision is ludicrous, yet they continue to move forward, oblivious to their own ignorance, or defiant in their own ulterior ambitions.  What could possibly be more important than preventing one more of Ottawa’s People from freezing to death this winter than providing those individuals with a safe and secure home?  I don’t know about You, but I come up blank.

The other detail that infuriates Me about this new proposed ‘mega shelter’, is that it is not a small mistake.  It’s not just one bad decision Ottawa’s People can forget about a month later.  This is a MEGA SHELTER, a building that Will take enormous amounts of Energy to design and construct, and Will be a permanent fixture to Ottawa’s landscape for decades to come.  Building a mega shelter is the same as telling Ottawa’s People,

Well, You’ve officially failed Jimmy.  The mayor, Jim Watson (what’s on? no lights, that’s for sure) Promised Ottawa’s People he would end homelessness in less than ten years – that was his big campaign election Promise to Ottawa’s People.  Now it is just a pro-miss, as Watson has only three more years to reach his goal with nothing at all in the works to end the crisis – nothing!  He hasn’t even tried to build more low income housing, or even suggested that the site for the proposed mega shelter might be better utilized by building actual low income housing on land owned by the city.  Why ask for rent from a private corporation when the money collected would go right back into the city treasury if the facility were owned by the city of Ottawa?

See, politicians are not smart, they’re sales People selling Ideas to win favour with the People; nothing more – at least in most cases.  These days, I’m not even sure if they care about what the People Wish for, so long as the corporations they are in bed with aren’t looking for love elsewhere.  Seriously, the mayor must be in bed with the Salvation Army to even consider a mega shelter – that, or the mayor and city council are completely incompetent and unfit to govern.  No group, society, committee, or council has any right to forward policies that Will cause harm to Ottawa’s People and create further income disparity.  I posted on Facebook earlier this year that if so much as One person dies this winter on Ottawa’s streets, I WILL charge the city of Ottawa with manslaughter for negligence in their fiduciary duty to Ottawa’s People, and this recent poll Will only add fuel to My fire.

How do You realistically end homelessness?  Well, One should start by utilizing city statistics to determine exactly how many People in Ottawa require housing, and what kind (family, single occupancy) of housing is required.  I would consult a couple (or a few) housing design experts to determine the best, most affordable unit design for the various needs determined by statistical data.  One thing capitalism got right, is the Love for competition.  I would determine a reasonable budget for the design teams, and I would advise that city council Will choose the most luxurious model within the proposed budget(s).

I would have a panel of mental health and addiction experts to determine what the best and most successful treatment and care might be.  Once all of these things are determined, whatever facilities are necessary to accommodate the best strategy to get People back to Good health would be integrated into the ground floor design of the new building complex.  A tally of how many units need to be built has already been conducted, so the building plan Will incorporate that number into a mega building complex, much like a luxury condo, plus an extra 10% to account for growing population.

Because 10% Will not be enough for any long term solution without additional housing being built, I would propose tearing down the shelters that already exist so that two of these affordable condo complexes can be built simultaneously.  The requirements for individual units Will have already been determined, but the two architects would once again compete for the most attractive, efficient building complex.  The Idea is affordable housing that looks elegant from the outside and is dignified and clean on the inside.  If the city owns the land both these complexes are built on, the units do not need to be fully occupied to be economically beneficial, as reduced tenancy Will have reduced maintenance costs but exactly the same rental cost (zero, because it’s owned by the city).

That’s how One goes about ending homelessness in a city.  The most remarkable thing about a plan like this, is that it would only increase in momentum as it continues to move forward in planning.  People Will be excited to Create something the city can be proud of that the People in need of housing Will not be ashamed, but Grateful to accept.

I really think that Jim Watson and the other 23 members sitting on city council should be compelled to spend a full week in any of the city’s shelters living as a homeless person would live (same income, etc.).  I would LOVE for them to come back to Me after such an experience and try to tell Me they were not traumatized and harmed by the experience, and counting the days till it was over.  For most in this situation, the light at the end of the tunnel is so far away it can’t even be seen.

The only reason the city has managed to get away with treating Ottawa’s People so poorly, is because most are suffering from serious mental health and addiction Issues and do not have the capacity to advocate for their rights – most wouldn’t even know how.  I said that one of the valuable lessons My father taught Me was,

Because People Will walk on One if they can.  The city has been treating Ottawa’s homeless like a doormat, walking all over them, while the same individuals in need of shelter are worth $1790 to a shelter, but only $390 to the province, and only $600 to the city.  Your priorities are Way out of whack, Watson.  Stop this mega shelter and address this EMERGENCY with the same Vigilance You addressed the floods this spring, and You Will meet Your goal to end homelessness by 2013.  You allow this mega shelter to go through, You are now Willfully betraying the Wishes of Ottawa’s majority.  Do not breach their Trust!!!

Right, the big ‘problem’ is always funding.  Who’s going to pay for that?  Most People of course are under the impression the money Will be paid by Way of One’s taxes.  Uh, no, that would be a negatory.  Taxes barely pay the interest on Canada’s debt, nothing goes back into the economy for infrastructure as People would suspect, it all goes to paying back the debt Canada already has.  This is also why Canada Will continually need to borrow more money, perpetually increasing the debt.  Trust Me, this was all well contrived from the beginning, they knew the bottom would fall out, it was only a Matter of time.

Real economy works the opposite of Canada’s current economy.  A True economy is determined by the needs of the People, then money is allocated to fulfill those needs.  It’s that simple. We come up with a plan, determine how much it Will cost, and because it is the Will of the People and a philanthropic purpose, all can be paid for with the stroke of a Pen.  If city council doesn’t know how to do this, You best contact Me so I can teach You.