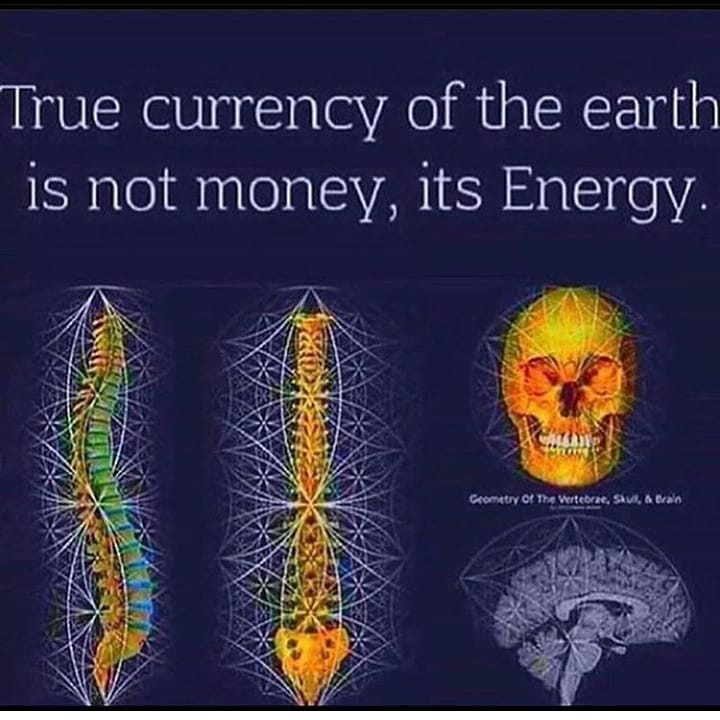 Happy Saturday every One, thank King You all kindly for being here. It’s Friday in My Microcosm, and I’m not going to waste any time getting back to tall King about Our Glow Ball economy. I hope You like today’s featured Image because it is True and the Theme of today’s Post.

Over the years I have been as King of many People if they understand international banking and how it ‘works’. Works is in parenthesis because I am thing King We all know it is broken, flawed; but I was as King if any One knows how the system operates. I recommend trying this with Your family or friends. Ask how a country ‘borrows’ money from an international central bank. Virtually every country in the world borrows money from the World Bank or IMF (International Monetary Fund), so it’s a reasonable Quest-Ion. They may ask You to elaborate, ‘what do You mean, how?’. Well, what does the country put down as collateral on the money they are as King to borrow? Most People Will already start to seem unsure, I believe most have never even seriously considered the Quest-Ion. Some Will provide answers like GDP (Gross Domestic Product) because it sounds like something an informed person would say, and it is getting to the same obvious principle – resources. If One Wishes to borrow money to buy a house, the house becomes the collateral and the bank reclaims the house if the individual doesn’t pay, right? So is it ‘proper’ and in the best interest of Canadians to be putting up any of the People resources to borrow money? Doesn’t that mean that Canada’s resources belong to the bank until the debt is repaid? Do You see the problem? This is why it’s treason.

Canada is ‘owned’ by central, private banks that have absolutely no obligation to the People of Canada whatsoever. Don’t get too discouraged yet, there is some very Good News in all of this, too – but We’ll save that for the end.

So the next Quest-Ion I like to be as King of People, especially if they believe they do understand how international banking works, is what the banks have in the Way of wealth that allows them such limitless ability to lend? Generally, People Will get very uncomfortable at this point, it doesn’t seem anybody has a clear answer. Some Will say the world banks work for the Vatican, and their wealth is the Vatican Gold. I would say that’s probably the closest metaphor for the Truth, but it isn’t the Truth. Others Will try to explain that the dollar is backed by oil instead of gold, ‘don’t You know the ‘petro-dollar’ is the world currency, the oil is the wealth!’.

Really? So I can take My money to the bank and redeem it for oil? I can’t help wondering how hilarious it must be to the People who Created this system to watch Mankind buy this Idea! It sounds every bit as ridiculous as it actually is. Though I suppose in some Way it is also a perfect metaphor for Truth because oil represents a source of Energy in Man’s world, and Energy is in Deed the True Currency. The Quest-Ion is, what Energy source is more valuable than oil or gold? The Living Man (regardless her sex).

Everything that exists on this earth, is already paid for because the energy has already been spent required to make it manifest. The reward, is the use of the thing created. Apply to anything One can conceive of; clothing, housing, food, whatever. Before there was any financial system, there was still a natural economy. If a Man was hungry, she would have to spend Energy to find food. The payment is satisfying the hunger. The same thing is true if a nomad were left in the bush to fend for self. One would need to spend intensive amounts of energy to build a decent shelter. The payment would be the completion of the shelter and having somewhere warm and dry to sleep. There is no ‘cost’ to anything but human energy in every single example. We are the greatest wealth on this planet and are worth infinitely more than all the Gold and diamonds in all the world’s vaults. When I say that any Man on this earth is wealthy enough to satisfy all the world’s debt, it is not a joke or exaggeration. The only funny Part, is that nobody seems to know this.

We’ll see where this Post goes, I may need to add a few more Parts to this series. Is it unusual that I had never looked up the legal definition of Matrix? It would normally be one of the first things I would do, especially considering how much I compare the Matrix to Man’s system of law. I only looked up the definition three days ago. Here it is again:

Matrix: In the civil law. The protocol or first draft of a legal instrument, from which all copies must be taken.

The Genuine Article Live Birth Record is the protocol or first draft of the legal instrument from which all copies must be taken. All other documents that Create the legal person have their Foundation in the Live Birth Record. They ‘copy’ the name to a birth certificate, SIN, and the incorporated person is Created. I mentioned before that One should never say they are representing their Self in Court because there can only be One of You, it’s a trick. To ‘represent’ is to present again. One is telling the court that One is a copy of the incorporated person (Created in his image). Again, these allegories are not a coincidence, either. Does One really believe it’s called a SIN card by Matter of coincidence? Everything is right there in front of Us for those with eyes to see, the incorporated person has been YELLING at Us Our whole Life, We just never paid attention.

This is what I once described as My Virus for Man’s Matrix of Law, My Cestui Que Vie. It is the protocol, the first draft of the lawful instrument, the Foundation for God’s Kingdom. I Will be tall King more about this, too because it Truly is a Magical document. It is DaVinci’s Vetruvian Man decoded, and I Will be tall King more about that, and how perfect the Words of this document are in a world where all courts acknowledge the Supremacy of God and the Rule of Law. The Significance today, is that it is literally My Matrix, making My Spiritual Interpret-A-Sean of the movie even that much more relevant to My Microcosm.

Before I go, I Will leave You with the Good News for today, which Will also be a bit of a prequel to the next two Posts. The People, their Energy, but more importantly, their Will, are legitimately the True wealth of any nation. There is zero wealth if no Man is Willing.

The best of the Good News today, is that I don’t believe any elected official who is borrowing money from a private, central bank, understands the People are the wealth – if they did they wouldn’t be borrowing money in the first place. I believe everything that is happening right now, is to remind the People of their Value. The government is far more dependent on the People than the People are on government, and the economic system that’s in place has allowed for government to take advantage of that because they are not dependent on the People for their allowance. They borrow from someone else and expect the People to pay it back? People ‘buy’ the Idea that taxes are paying for roads, infrastructure and My annual salary. Wealth isn’t created by taxes, it is generated by the Will of the People in an annual budget. Then, in a Sovereign nation, the country’s central bank would print money according to the annual budget. It really isn’t brain surgery, politicians Wish for Us to believe it is.

Oh, and the other cliffhanger leading into other Parts of this series, I actually believe that the People behind the central banks knew the People as King for independence from the Crown had no real clue about how to govern as a Sovereign nation anyway. The central banks were created to recover Crown land that was stolen by the colonists sent to expand the colonies, not separate from them. The central banks allow for the exploitation of government corruption to showcase their incompetence. They also know that the People Will eventually figure it out, and the money means nothing. Once the People know they are the source of a country’s wealth, everything Will change.

I hope You are all well and enjoy this Saturday. I have lots more to say about this and Will be including some references in upcoming Posts.