Hello every One, and welcome to the Terrific Tuesday Edition of the Good News Journal, thank King You for joining Me.  I am as King of You to for Give Me for not having a new ‘V for Vendatta Re-Viewed’ Part ready for You today, I really have been Busy as a Bee and I am thing King the News I have to share with You today is of more immediate importance than the next Part of My re-View.  Having said that, with some Willful Luck, this Tuesday Will remain True to its name as I Will be war King on a new Part to the series later in the week.  This is something of a ‘Promissory Note’, Key-Ping in Harmony with the Universe; the Intent-Ion is Good.

Today’s featured Photo is My new office, workshop and Studio.  I’d set up a smaller little office space downstairs but it is too dark during the day, I never Wish to be down there working on anything when its so beautiful outside.  My kitchen is bright and sunny, and My compact workstation doesn’t intrude on My ability to prepare meals in the kitchen at all.  In fact, I can work on stuff while I’m waiting for water to boil or things to cook.  The plants in My window here do really well, too, so there is always something to marvel at in the morning before My coffee has worked its Magic.  My easel is just to the right, You can just glimpse a leg in the back of the frame.  I really do have lots of work to do at the moment, so I Wished to Create a more productive workspace which is what I dedicated My Magic to on Monday.  I also decided to organize and clean everything, too. 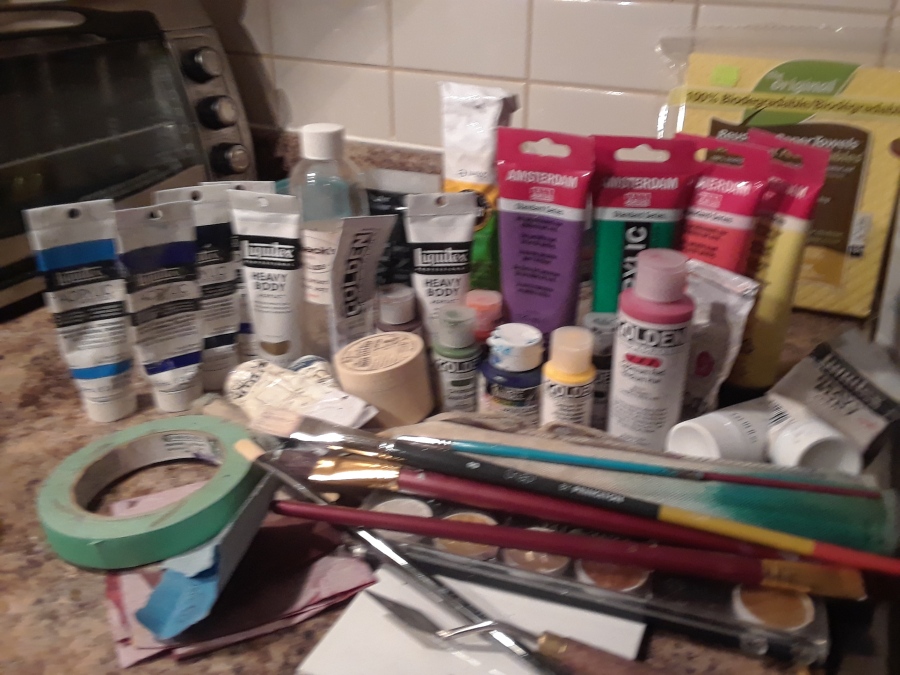 I have absolutely no shortage of paints, only canvas. 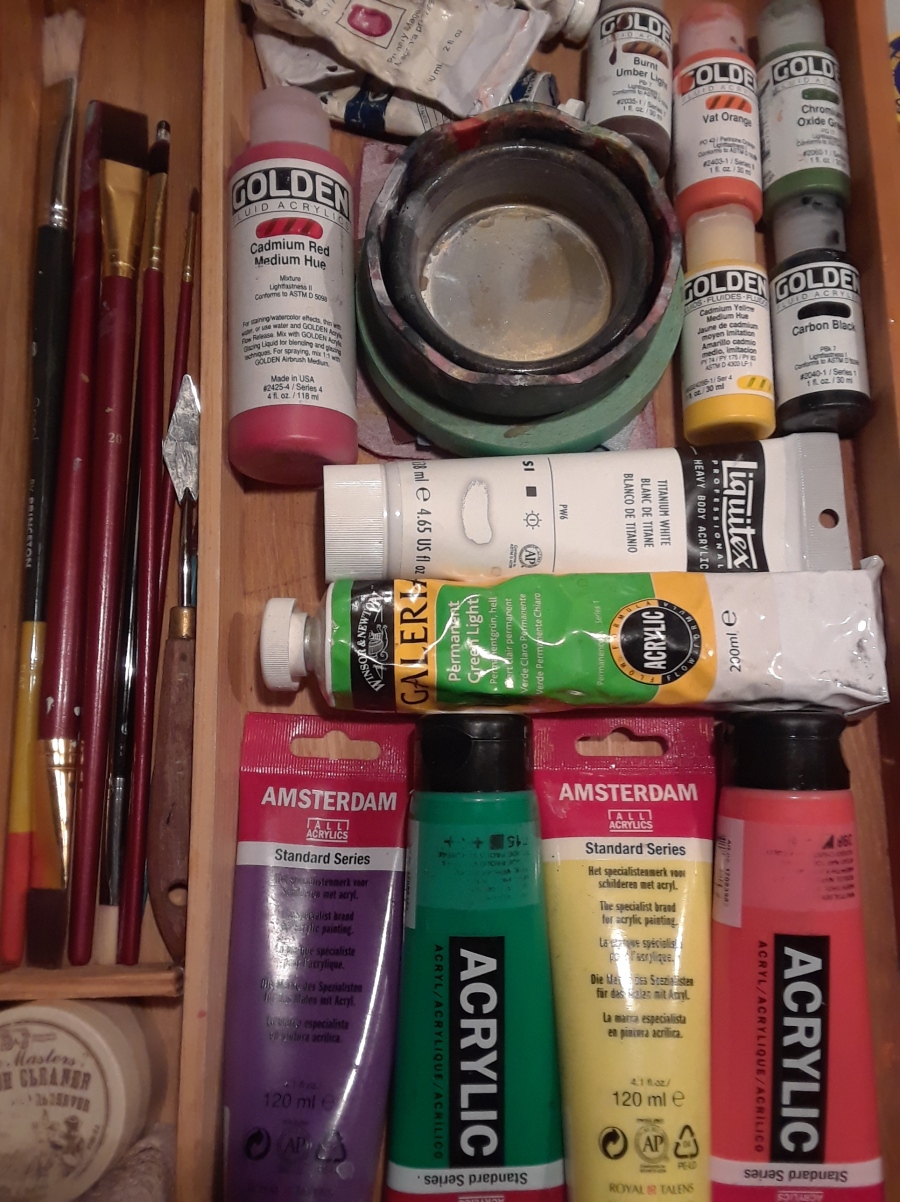 I was preparing this new work space because I already had a lot of work this week before I finally received Word late last night from My father’s creditors.  Last time I had checked messages on Monday was roughly noon, then I’d been busy with regular domestic stuff like organizing this space, cooking dinner, whatever.  It took longer than I had expected for them to get back to Me and one of the things on My immediate agenda was to follow up with them Tuesday morning.  On one hand it was Great News because now I don’t have to worry about following up with them, on the other Hand, they are as King of Me if I have a certificate of appointment of estate trustee before they can disclose any information to Me.  That’s not really so bad, either, though it Will obviously affect this Character’s next Play.

I was rather hoping I might hear some Word from Justice Susan J. Woodley, but nothing today.  I’m not even sure what they are saying at the court house now with respect to filings, most other things seem to be operating almost normally with the exception of social distancing.  I was thing King about stopping by the court house today to find out but decided that it Will not be necessary, as I don’t Plan on dealing with this in the traditional Way, considering how things have transpired thus far.  Why does the corporation of Canada presume to have any superior claim of right to determine how the House of von Dehn should be governed?

I am a product of My father’s estate!  So I have every right to dispose of My natural wealth in Order to Honour My father’s creditors.  This is the main reason for this Post.  I Will be Writing this email tonight to ensure it is received by the start of the business day tomorrow.  I told My brother and sister that when one applies for something they are as King for permission.  One is not as King for permission to something One has a legitimate claim of right to.

I did not just Send a Notice of Objection to Justice Susan J. Woodley, I was also as King of the Justice if Canada has superior claim of right to My father’s estate than that of the eldest son and next of kin.  I told the Justice I believe the example of the Common Law is demonstrated by the Queen, and that the eldest son would be the legitimate heir to the Kingdom if there were no Will left behind.  It is the family tradition.  I believe the traditions of the Sovereign House of von Dehn are superior to Canada’s Estates Act.

The important detail I Wish to share with You today, is that the main Purpose of My email Will not be to Establish who has the superior, legitimate claim of right to My father’s estate, but to let his creditors know that his eldest son is accepting all of My father’s debts for Honour.  Once this has been communicated to My father’s creditors, if they foreclose on the estate to recover any debt, it is another form of harm, trespassing upon My internationally recognized right to dispose of My natural wealth and My determination to Honour the Common Law by Keeping the Fifth Commandment,

“Honour thy Father and Mother”

So the only real intent is to ensure My father’s creditors know they have a Man who is offering to accept all of My father’s debt for Honour.  Depending on how they respond, the next Play in My Act Will not be an application for certificate of appointment of estate trustee, it Will be a Claim of right to My father’s estate, and if necessary I Will involve the provincial governor general, the federal governor general, and perhaps even Her Majesty the Queen her Self.  This is My father We are tall King about, and it is a Commandment to Honour One’s father – this is not a Matter to be taken lightly!!!