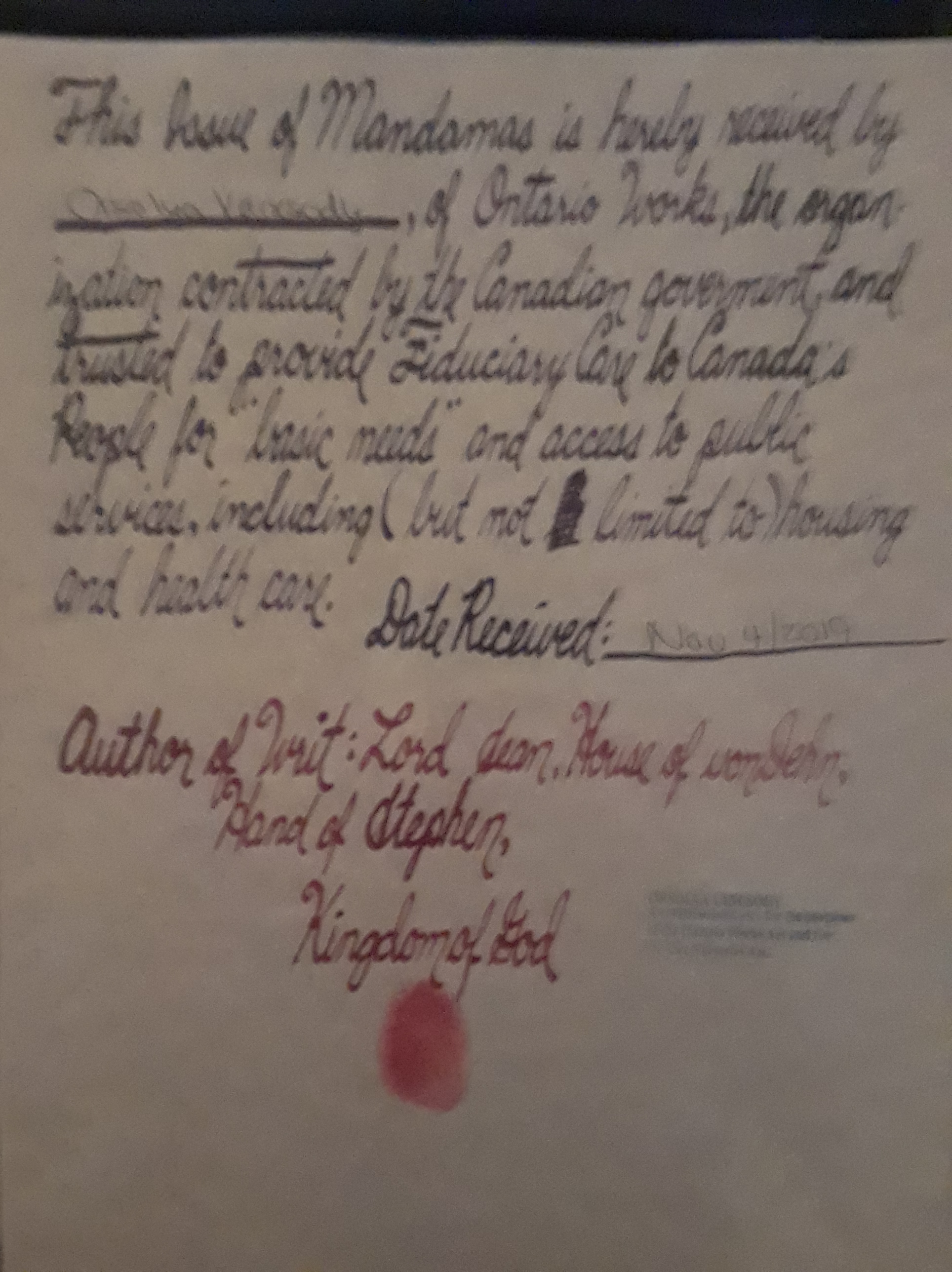 Hello every One and welcome to the Thoroughly Thrilling Thing King Edition, thank King You for joining Me. It appears WordPress has changed their default font again and it always throws Me off a little. At any rate, if You hadn’t guessed, today I Will be tall King about legal gaslighting.

Gaslighting is a form of emotional abuse and it’s probably a term most People have heard more than once. What is gaslighting? Well, rather than have Me try to explain or describe it, let’s see how the Word/term is defined.

“Gaslighting refers to a form of intimidation or psychological abuse where false information is presented to the victim. The purpose of such act is to make them doubt their own memory and perception. This term is also known as ambient abuse.”

Examples include downplaying or hiding things their administration has done wrong, discrediting political opponents based on mental instability, or using controversy to divert attention from important events.

This website discusses what it means to gaslight in litigation. The following is an excerpt from the website article:

“More often than I’d like to admit, I have found myself standing in court dumbfounded by opposing counsel’s recitation of facts and events. As a newer attorney, I often felt uncertain how to respond to these more seasoned attorneys who spoke with such authority. I knew that what they said was not exactly what happened, but they spoke in a way that sounded right. For example, an opposing attorney might tell the court a story about our discovery process and what led to the motion to compel he filed. He tells a story about how I did not return his calls, or refused to cooperate, or took a position that was untenable. And it is not true. But he tells it with such force and calmness, I begin to wonder if I’m wrong, if perhaps I made a mistake and did not conduct the process correctly. There is so much pressure to be right—felt so keenly at all stages of our careers—and so much potential to make a mistake, it becomes easy to doubt ourselves and wonder if we did screw up.

We didn’t screw up. We got gaslit.”

From the example of political gaslighting there is reference made to ‘hiding things their administration has done wrong’. This is important and why what I’ve recently been subject to by Ontario Works is in fact an excellent example of legal gaslighting.

Over a year ago (November 4th, 2019), I Presented Orsi Vancsody, a case worker and commissioner of Ontario Works with a Mandamus asserting that I am the sole authority over My health care needs and that no expense shall be spared in fulfilling any of My health care needs as determined by Me. Orsi read the document and asked Me if I would like her to Sign. I told her that I only Wish for her to Sign the document if she agrees with its contents because it creates a legally binding obligation. “I am Happy to Sign, I believe We all have this right. Would You like Me to provide a stamp as well to Show it was received by Our office?”

I was elated. I told Orsi that would be fantastic and how Happy I was to know that she agrees with Me on the Matter as My health and well being are obviously integral to My overall happiness and longevity. I also advised her that she should retain a copy for her records and she left the office to do so. Orsi returned and was as King of Me which one she should retain for My file. I told her the original should be returned to Me, she retains the copy.

A few weeks ago, Orsi insisted that she did not retain a copy of the Mandamus she Signed and does not agree or support the sentiments expressed in the Mandamus. Kristine Haines-Chiarello recently stated in her review of My complaint that Ontario Works does not consider the Mandamus a contractual agreement or obligation. Really?

One can probably now see why this is in Deed emotional abuse and a form of gaslighting that may cause a Man to Quest-Ion their own sanity. Why would she tell Me she agrees and supports the sentiments in the document and voluntarily offer to stamp the document to Show that it was received by a Commissioner of Ontario Works if there was no intention to Honour it? It’s deceit, breach of contract, breach of Trust, and an attempt to cause Me to Quest-Ion My own sanity. I don’t believe there is an Honourable Justice in the world that would suggest it is not a legally binding contract or at the very least that I did not have Good reason to believe it is and was Willfully deceived.

If One reviews My correspondences with Merovitz Potechin LLP and the National Bank of Canada, they Will notice they used exactly the same tactic. I was as King of Noah why he feels the mortgage act of Ontario has the force of law to trespass upon My inherent rights which are legally protected in Canada at the federal level. Noah responds with a condescending letter explaining to Me how the mortgage act of Ontario works and what he is able to do under that act. He ignores the question of jurisdiction and authority and was presumably hoping I would be overwhelmed with the legal jargon of his letter and forget that federal and international law are superior in jurisdiction and authority to the Ontario Mortgage Act. Gaslighting.

I was not going to Write a Post today because I like to Keep these Posts as positive as possible and it was today that Orsi finally replied to tell Me Ontario Works Will pay the $35 for the application of a Birth Certificate. It Will be added to My next check and I have until May 31st to show I have made an application (which is more than reasonable). However, this message was sent to Me without any response from Kristine in regards to My assertion that her review is both incorrect and unreasonable (including My legal arguments to support My position). I also agree to file for any documents they are requesting from Me ‘without prejudice and under duress’, though I Will be as King for $100,000.00 compensation for every document I am required to apply for a Justice determines to be an infringement upon My constitutional or international rights as per Canada’s contractual obligations.

“As silence is acquiescence under the law, silence can only be equated with fraud where there is a lawful or moral duty to speak, or where an inquiry left unanswered would be misleading, whether intentionally or not.” Maxim in Law

So I am presuming Ontario Works is perfectly okay with paying out $100,000.00 to Me for this application if it is determined to be in violation of My constitutional protections as a Canadian citizen or My inherent rights as a Sovereign nation under God (which it is). Unfortunately, despite the fact that I know silence is consent, I’m not convinced they do.

I also advised Kristine that I Will have the medical form Signed by a doctor without prejudice and under duress, though I feel it is patently unreasonable and irresponsible to require Me to place My Self in harm’s Way to satisfy this obligation when there is allegedly a ‘lethal’ pandemic plaguing the country. No reply and the threat to terminate My dietary medical allowance is the end of this month. I need to know if I am to fulfill this obligation in the next two weeks or be deprived of the medical allowance necessary for My health and well being (economic duress).

I believe they know they are violating My rights and freedoms and that none of this Will stand in court and are basically just ‘gaslighting’ – pretending as though My lawful arguments were never made.

The reason I did decide to Post today is because much Good Will come from this. Why? Because that it what I am Manifesting. 😉

I also mentioned that I have been Wishing to get back to painting and haven’t picked up a brush in over a year. I was so infuriated this morning that I attended a Russell Brand Zoom call which was incredibly inspirational. In fact, I could not ever say enough Good things about it. He helps SO many People it made My Issues seem meaningless and miniscule. There was a fantastic group meditation to end the call and I strongly encourage anyone who may be feeling disconnected from society as a result of stay at home orders and social distancing to join Russell’s website. If I get ten People to join, I Will have ten minutes to interview Russell on a Zoom call about anything I Wish.

Russell’s meeting was so inspirational I decided to pick up My paint brush and get busy again. Don’t judge yet, it’s just a sketch but I Will be updating as I work on this mural to demonstrate My creative process (I’ve had a ton of Friends tell Me I should teach People how to paint but I’ve never been taught My Self and don’t feel qualified so this is as close as I’ll get).