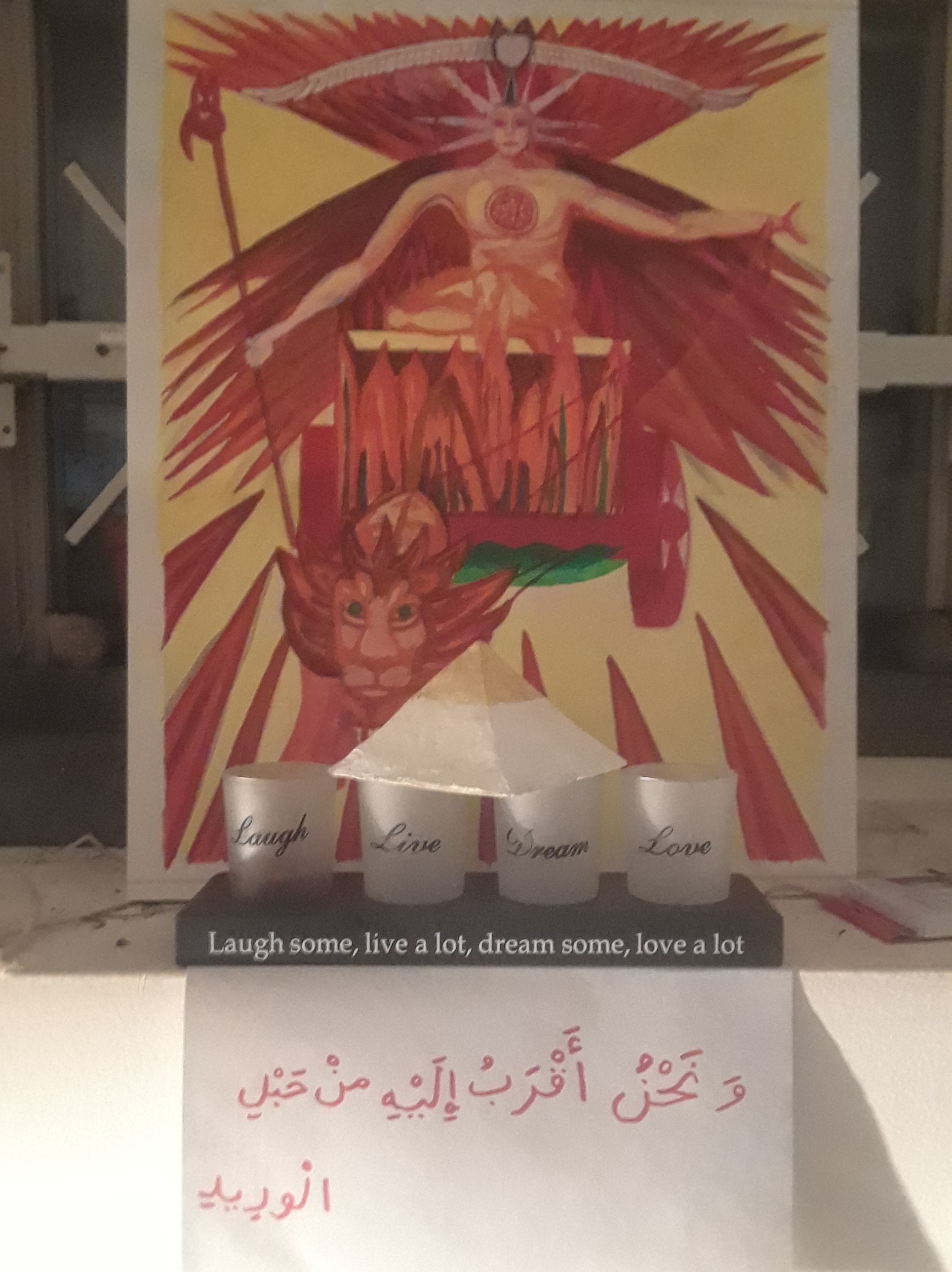 Hello every One, and welcome to the Fabulous Free Lance Friday Edition, thank King You for joining Me. Yes, ‘Like Father, Like Sun’ is the Title of today’s Post because I do allow My Self full Creative Freedom on Friday’s and We are very much like Our Father in Heaven, Created in God’s ‘I-Mage’ of Man. God is the Father that Gives Life to Man, just as God’s Sun Gives Life to the Earth. So why is God the Father and not a Mother?

The Microcosm reflects the Macrocosm in all things. God is the Idea of Man and Earth is the Canvas of Creation, the receiver, the beneficiary. God’s Idea is a benefit to the Earth, Giving it Life; Mother is the Earth and the caretaker of Man. Mother earth provides all the nutrients and sustenance necessary to sustain God’s Creation. God’s most wonderous Creation of all, Man’s kind, is the product of the Heavenly Father and the Earthly Mother. We are the Immaculate Concept-Ion.

That is also why this Idea is mimicked in Man’s Macrocosm by the Holy Father, Pope (or Papa), and the Queen Mother. The Mother is the caretaker and Her Duty is to make sure that God’s children are well taken care of. Consider all the wonderful things We have built together. Are We thing King that the Words ‘United Kingdom’ are a coincidence? No, it represents the United Kingdom of God. That is the Kingdom Her Majesty is Sworn to protect as God’s caretaker on Earth.

The Father, the Pope, is the One that makes the rules. He is also God’s representative on Earth, the land ‘Lord’. His Duty is to make sure that God’s Laws are protected.

“But he that is Spiritual judgeth all things, yet he himself is judged of no man.”

Why would this be True? Well, it’s simple really. The next Verse in the Universe (One Song We all Sing) of the Bible elaborates.

“For who hath known the Mind of the Lord, that he may instruct him? But We have the Mind of Christ.”

I said I would be war King on this painting again soon and Promised I would also be tall King a little more about it today. This is My ‘animus’ if You Will, My ‘alter-ego’. This is the Character that needs to be harnessed and controlled. It is My ‘identifier’ Card in the Thoth Tarot. For the Prince of Wands, any Act is justified if it accomplishes the goal. God does not care how I achieve My goal, God only knows that I Will. Not surprisingly, really, of all the eight cards that could have been My identifier in the Tarot, it also happens to be the one that resembles the appearance of My physical Character the most.

This bonehead needs to be charged criminally. He is outright lying with intent to sway public opinion on a well established fact. Vitamin D is known to boost the immune system so when a public ‘Health Minister’ starts spewing nonsense that Will potentially reduce immunity (if People heed this ridiculous advice and stay away from the sun or vitamin D), he is Willfully causing harm or (if he’s really that stupid), criminally liable for his incompetence as a health minister and needs to be removed IMMEDIATELY! This man is a danger to public health.

Someone’s lying, that’s for sure. Maybe Patty Hajdu can’t read – with the nonsense he’s spewing, it wouldn’t surprise Me.

I don’t mean to go off these rants but this is beyond out of control! Not to mention I haven’t received a reply from Francois-Philippe Champagne yet, nor Canada’s Global Affairs Minister, Marc Garneau. I’m going to Give them another week to reply because I have received automated replies to My emails to confirm they were received – that’s Good enough for Me because it’s Good enough for a court if they choose not to respond.

The Story I was Wishing to tell You today has to do with My own experiences with developing immunity. I was once one of those rare individuals who goes into anaphylaxis shock when stung by a bee. I don’t even remember getting stung the first time it happened, I only remember waking up in My father’s recreation room with a plate of peanut-butter marshmallow squares in front of Me. I had no Idea what had happened but was happy to see the plate of treats!

My father told Me I’d been stung by a bee and had a very severe allergic reaction. I lost consciousness but never stopped breathing. My father told Me We could go to the hospital and they would Give Me a shot and I would feel better almost right away. He said the downside would be that if I get the shot, My body Will never learn how to deal with the poison, I Will need to have a needle on Me all the time in case I ever get stung again.

Of course, I didn’t like the sound of that. I asked My father if I needed to get the shot. He said that I’m better now than I was when he picked Me up at school, and if I give it time, I Will probably continue to get better – but it’s not up to him.

I opted not to get the shot, as You probably guessed. I think I was in bed for almost two weeks – at least a week. Ironically, first or second day after returning to school, I got stung again! This time it hurt!!! Like I had put My hand on a hot coal. My hand got so swollen I couldn’t really do anything with it for the rest of the day – but I didn’t pass out, I didn’t go into anaphylaxis shock. Now, bees stings don’t even bother Me any more than the initial burn sensation that everyone experiences. Last one didn’t swell up any more than a nasty mosquito bite, virtually gone within a couple of hours.

This is why masks, social distancing and lockdowns are such a bad Idea. What doesn’t kill You makes You stronger. God knows that. If We hide from everything, We Will have a real reason to fear everything because We Will end up like ‘bubble boy’. The more adversity One is exposed to, the stronger We become. Yes, some People Will die when there is an aggressive new virus – that’s the point!

It’s all part of rewiring Our DNA, eliminating weak genomes and compounding the strong – natural selection. Remember at the beginning of this whole thing I told You that I was just going to choose to be one of those rare People who is immune? Well, it’s been over a year now and I haven’t had a sniffle. I suppose I do social distance but that’s pretty much something I do anyway because I don’t really like People in My personal space. I also lock down but that’s only because its been winter and I don’t really have anywhere I Wish to go now that I have a beautiful patio of My own to enjoy when weather permits. But I don’t mask up, and I won’t mask up (not to offend any One who does, I fully support Your freedom of choice and to do what You believe to be in Your best interest – I only get irate when someone with a mask tells Me I should be wearing one, too. None of their business.)

Alright, that’s all for today because I’m over My Word count already and I am feeling fabulous. I believe there is going to be some kind of response to My emails and notices because there really isn’t much of an alternative. I’m just not so sure how long it might take which is why I’m allowing one more week before I follow up with Francois and Marc.