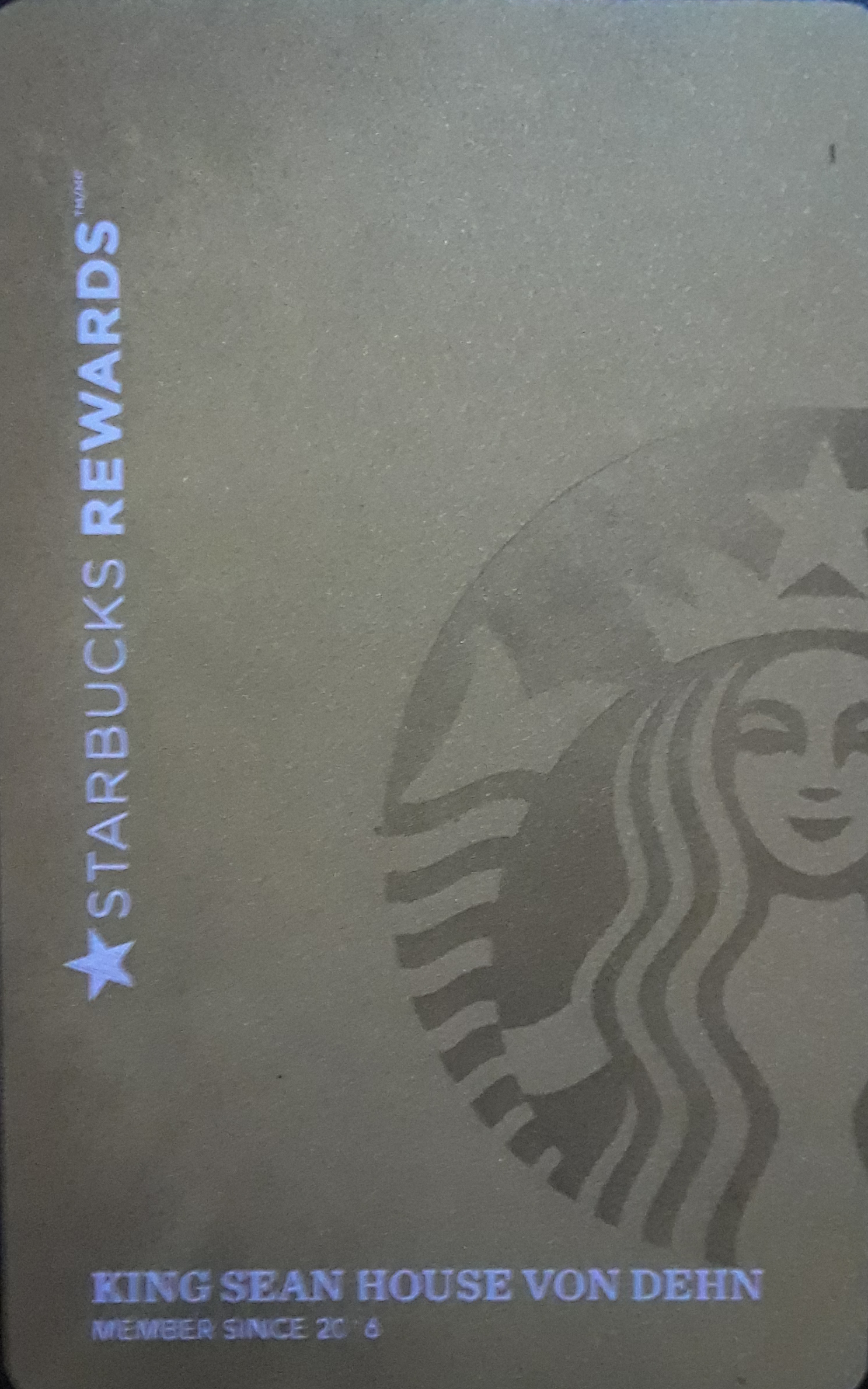 Hello every One, and welcome to the Witches, Wizards and Warlocks ‘Lucky’ Wednesday Edition, thank King or Queen You for joining Me, I am hoping Your Wednesday has been every bit as Lucky as mine. Remember, We make Our Luck, and today is a fine example of how this is True in My Microcosm simply because I believe Wednesday’s Will bring Me Luck. I’m going to be sharing some of the Magic behind why that is True which also just happens to support all the other Ideas I have been sharing with You here (no coincidences). Most importantly, I Will be sharing some more of My thoughts on the Alpha Bet to Show You perhaps more conclusively why the English language (and all languages of Latin Origin) is pure Magic and how it relates to the Idea most prominently displayed on the world’s One dollar fiat currency. Yes, it Will be a Witches, Wizards and Warlocks Wednesday well Suited to it’s Calling and Title.

First, let’s start tall King about the Magic of the Alpha Bet because the Alpha Bet is not really a gamble at all, it’s a sure thing.

Definition of alpha (Entry 2 of 2)1: closest in the structure of an organic molecule to a particular group or atom —symbol αα-substitution 2: socially dominant especially in a group of animals an alpha male 3: ALPHABETIC

Now, let’s take a look at the definition of the Word alphabet.

Now, is One thing King that it is a coincidence that the first definition provided by Oxford languages mentions the Creation of entities and the four letters assigned to Our DNA? I mentioned once before that the Alphabet is actually a code system because the ancients knew how to manipulate and alter DNA without the modern science and technology We have today and passed those Secrets down to those who Created Our modern languages. Each of the Original Ancient languages had twenty-two letters, each letter also had a unique meaning (some cases more than One), and each was associated with sounds that are associated with muscle memory in Our tongue which is hard wired to Our DNA.

People have also told Me I have no Idea what I am tall King about because Man has 46 chromosomes, or 23 pairs. This may be True, but One of those pairs of chromosomes determines Our kind, the sex of Man, the other 22 pairs are identical [if all goes well]. These chromosomes are further programmed by Our DNA as We grow and develop which are associated with Letters of the Alpha Bet, sounds (vibrational frequencies) and the muscle memory of Our tongue. If You are interested, I suggest researching this further on Your own as I do not Wish for this to get too scientifically technical. This Blog is about Magic.

So the Alpha Bet is a bit of an oxymoron because the outcome is assured; there is no One to counter the bet, or wage another offer. Before I get into the Magic of the Words ‘In God We Trust’, I Wish to tell You about the Magic of My Lucky Wednesday.

My day started with Gigi (My cat) quietly mewing at My door, letting Me know she’s finished her hunting for the night. I opened the door to let her in and noticed a few ‘Gifts’ had been left for Me on My patio table – six cigarettes and a nice sized marijuana flower that seemed to have been cut from a fresh plant, not yet fully dried. No note, no telling whom it may have been, though I know in My Heart who it was. The individual I am thing King of owes Me nothing. The first thought that ran through My Head when I saw the gracious Gifts bestowed upon Me by My Father in Heaven (because that’s the Source of the Gift) was, ‘is it Lucky Wednesday already?’. And of course, I Real Eyes it is. God is always backing up what I believe to be True, as We are mirrored in God’s Image. God is as Gracious and Good as We believe God to be, or as cruel and callous as We perceive God to be. It is all a Matter of Percept-Ion (or in My Case, percept-Sean). 😉

The first Google query (Quest-Ion) I made today to see what ‘God’ Wednesday’s represent produced the following result.

Wednesday is named for the god Woden, who is paralleled with the Roman god Mercury, probably because both gods shared attributes of eloquence, the ability to travel, and the guardianship of the dead.

The Conversation (or conversate-Sean) dot com.

Hmmm. Coincidence? For those who don’t know, I am a Gemini, which the Roman’s believed to be the Messenger of the Gods. Caesar would only allow Gemini Scribes to Write Caesar’s Laws because they were presumed to be the Living Word of God. True Story, though I can’t find a quick reference to this information and seem to recall that it was Presented to Me in a documentary. It is well known, however, that the Romans paid very close attention to astrology and used astrology to plan important events that would be most favourable according to the constellation. It is only logical that they would seek out Gemini Scribes for such a Special purpose as Writing the Laws, as they were considered one of the most prestigious positions to Hold in Roman society.

“The Scribae at Rome were public notaries or clerks, in the pay of the state. They were chiefly employed in making up the public accounts, copying out laws, and recording the proceedings of the different functionaries of the state.”

The irony, is that many People may not know that those who Truly make the world go round, the ‘Powers that be’ as they are commonly referred, still rely on the constellations for planning events with every bit as much scrutiny as the Romans back in the day. In fact, they Will only have become more proficient in their Magic over time.

Wow, already over eleven hundred Words, but I’ve got more Luck to share with You. I’ve been out of coffee for a few days and that is something I typically make sure never happens. I don’t Mind running out of other luxuries like cigarettes or marijuana as I consider it something of a test of discipline; but to have both and not have a cup of coffee to enjoy them with did not seem proper!

I generally buy Starbucks coffee (regardless what One may think of the franchise, their coffee is damn Good) and there is always a little tag on the bag that One can remove for Starbucks points. Only 50 points for a brewed coffee (any size), and each bag Gives Me ten points. I’ve been collecting bags since I moved in over a year ago for exactly this sort of situation. So I log into Starbucks to redeem some points.

After cashing in twenty points and entering the code for the next ten, I get a message saying that I have redeemed the maximum number of daily points. I’ll tell You right now, if I can only redeem two bags a day, I’m going to be redeeming points for the next month or more!!! (I drink a lot of coffee).

So I go to the rewards page and see if there is anything else I can do, only to discover that I have just $4.75 left on one of My cards! So this evening I treated My Self to a ‘venti’ dark roast, only to be told by the cashier that they just ran out of dark roast, could they offer Me an Americano instead (for the same price). Well, that’s pretty much a no brainer, their Americano is even better than their dark roast. And that rounds out this Magician’s hat trick for this Lucky Wednesday.

Finally, I can’t leave You hanging with today’s Magical Title, ‘In God We Trust’. Who do You think owns the money? I mean, really? The Federal Reserve was Created to be the first ‘independent’, Sovereign currency – or at least, that as the intent-Ion from the perspective of the People. What is remarkable when One is really thing King about it, is that it is still the world’s primary fiat currency. So even financially speaking, any One who ‘Trusts’ the financial system is also placing their Trust in God. On some level, they believe money makes the world go round, so they must also Trust that whomever controls that fiat currency must also Trust in God – it says so right on the bill. And also Notice that ‘bills’ are not generally something a person likes to receive. We generally like to receive payment, not bills. That is specifically why they are Called bills and not payments because it is a Promise to pay (at some point in the future). The People all this money is owed to Trust in God, and they have an Alpha Bet their Trust in God is well Founded (and I can tell You it is but that’s a Story for another day).

Alright, I best be going, but there were other Magical Ideas inspired today that I Will be tall King about sometime in the future. For today’s feature photo, I decided to share it with You just to demonstrate (demon-straight) that when I say I Create all contracts in My private, Sovereign capacity as ‘King Sean, House von Dehn’, it is not an understatement or exaggerate Sean. 😉

I remember when I received this [Gold] card. I was staying at the Salvation Army and a few of the agents on the front desk were absolute Angels (only the management demonstrate gross incompetence, often as much to the dismay and disdain of front line workers who feel as helpless as the clients do to change anything – a couple quit while I was there specifically because they were concerned that the bedbug epidemic was so bad, they would contaminate their own home if they didn’t leave). I came to check in and a few actually (sincerely) Called Me “King Sean”, and One in particular was especially excited to tell Me there was mail for ‘King Sean, House von Dehn’. The card was inside, expressed in capitus diminutio maximus, though a King’s status can never be reduced or diminished.

Latin Maxim in Common Law, “The King can do no wrong.”

And that’s a perfect cliffhanger for what’s to come in the coming weeks and months.