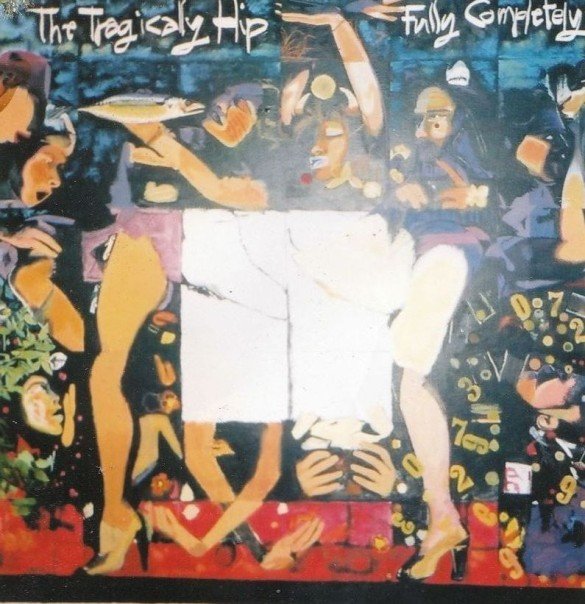 Hello every One, and welcome to the Witches, Wizards and Warlocks Lucky Wednesday Edition, thank King or Queen You for being here, I am so Happy to have You in My House. Today was a very Lucky Wednesday for Me, making the day True to its name in My microcosm once again. I hope this Wednesday has been as Lucky and Magical for You as it has been for Me.

The Lucky of My Wednesday was the tying up of loose ends regarding My recent relocate-Sean of Office to the Sunshine Gallery. I even Love the name of My new Art Studio, and I believe that V would Verily approve. I was as King for compensate-Sean for My moving expenses, and was assured that it Will be provided upon receiving receipt of My costs (which is reasonable and to be expected). I don’t generally insist on receipts, so I did not have one on the ready, but I made a requisition of My Friend and should have that taken care of by tomorrow. I’m still waiting on a copy of My lease to tie up the other loose ends, but I anticipate that Will also be taken care of by the end of tomorrow.

The other Good News might not seem Lucky, though it feels like progress, regardless how it Plays out. I said that I Will eventually be looking for a few Honourable law enforcement officers to enforce My Default Judgements and remove Canada’s treasonous traitors from office. The harm being done to Canada’s People is mounting every day, and with every jab of these dangerous vaccines that are being Given to Canada’s People without informed consent of the risks associated with the procedure in violation of the Nuremberg Principles regarding informed consent. So although I am not looking forward to discovering that law enforcement officers may well prove to be every bit as corrupt as the treasonous traitors mandating the vaccines, I figured there is no time like the Present. If it turns out that law enforcement officers are also aiding and abetting the crimes of the Canadian government, it seems reasonable that I should begin looking for competent authorities as soon as possible because I do have very strong Faith that not every One Will prove to be corrupt.

So, to that end, I sent My first letter by Way of email to the Ministry of the Attorney General’s Sheriff’s department, Derrick Bert to get the ball rolling.

Although it is difficult to say how Derrick Will respond, this Post goes Hand in Hand with My last two Posts regarding the Casting of Characters into My Universal Product-Sean. Obviously, as a single Man, I do not have the force to remove these criminal imposters of government My Self, so as King for assistance from the appropriate authorities with legal and lawful duties to do so is the best I can do – so there is no sense wasting time in getting it done. Who knows how many officers I may have to appeal to before I find One who intends to Honour their Oath, and the more requisitions I make, the more Characters I Will have to paint for My international Art Exhibit-Sean, ‘The Kingdom of Heaven Found A Sean.’ One Way or another, every One I Write Will go down in history, and at this point, it is looking as though more Will be going down than up!

It also feels like a Lucky Wednesday because I am filled with Passion to Paint. I am more interested in war King on My Exhibit-Sean than I am in placing more government officials on Notice, though the Notices don’t really take up much of My time, and I know it Will be well worth My efforts. No One escapes their fate in the eyes of God, every One Will pay for their crimes against Man’s kind in Time – I Give You My Word.

Perhaps that’s why I feel so Lucky and inspired to Paint. Most People don’t understand Magic the Way that I do. To some, My Paintings may seem pointless and meaningless, yet they are all a Part of My Legacy as a Sovereign Man. One of the most beautiful things about officially changing My status, is that everything I Create belongs to Me. When One is acting in the capacity of a citizen, the state effectively owns everything One Creates by default, as it is a Creation of a Canadian franchise corporation, the incorporated person.

The other Magical element of a Painting, is that every brush stroke knows My Intent-Ion. The Universe knows how I feel about the Character I am Painting, and that Will be conveyed Magically by the finished Product-Sean. Furthermore, the Intent-Ion of the Painting continues to transmit that Energetic frequency even when I am not there to be thing King about it. It is very much the same Idea as a Magical trick I have told My readers about before – Writing One’s greatest Wishes and Dreams on a piece of paper and placing it in a box. That tiny piece of paper continues to resonate the same frequency as the intention of the individual who Writ their Dream on it. ‘The Secret’ says that if One just Visualizes the world they Wish to know, it Will Magically Manifest. Well, the Power of the Intent-Ion is relevant to the Energy that is placed into it. The more an individual Focuses on the world they Wish to know, the faster that Vision Will Manifest – it is a legitimate ‘LAW’ of attract-Sean.

Now consider how much time and Energy I Will put into one of My Paintings (especially considering I’m not naturally talented and must be war King very hard to bring My Vision to Life). Once the Painting is complete, the Universe knows the Intent-Ion of it, and the Painting it Self Acts very much like a radio tower sending out a continuous frequency.

Now consider that same Energy amplified by the number of Characters I Paint, all Focused on the same Idea. And what is that Idea? Well, the Idea is that if all the People I Paint were to Honour their Oath of Office, We Will be Living in a Virtual Utopia. If these People fail to Honour their position of Office and the Intent-Ion of their position of Office is not in Harmony with their Act-Ions, that can’t possibly Create anything but the opposite outcome for each of the Characters, relative to the extent by which they are in conflict with their Trusted position. Does that make sense? If the Characters are not in Harmony with the Role these State Actors were Given by God to Play, then it can only Create dis-Harmony for those Characters on the world Stage. That is quite literally the Law of the Universe, there can be no other outcome.

Similarly, if many of the Characters are not Playing their Part in Harmony with the Universe (One Song), it Will not only Create dis-Harmony for those Characters, it Will also amplify the Honour of those who do Honour their Oath of Office. The Good People Honouring their Oath Will be anxious for the completion of My Exhibit-Sean, whereas the Ones abdicating their Oath Will be dis-Graced by My Exhibit-Sean. This is why I said just yesterday that the Right Honourable Jody Wilson Raybould Will continue to shine brighter and brighter like the Star Sirius on the world’s stage, while the rest Will pale by comparison.

Okay, now I feel I have articulated the Magic of My works more accurately. I really don’t take compliments of My work very well as an Artist, though I must confess that in My Study of the Tarot, the only other guidance the Cards kept Giving Me (next to studying the Rule of Law), was that My Art would be Significant in accomplishing My goals. Despite My ego’s own insecurities, I listen to the Voice of the Universe, which has been equally amplified by the Voice of Friends in My microcosm who are always insisting that I should dedicate My Life to Painting. In fact, to that end, I can tell You that when I first picked up a paintbrush, I attempted a mural on the wall of My apartment.

My apartment burnt down thanks to a faulty wire on My stove, so I never managed to get this completed, but My girlfriend at the time was so impressed, she was as King of Me if I would consider allowing her to be the ‘breadwinner’ of Our cohabitation so that I could spend the rest of My Life focused on painting. I would never agree to anything like that because I would then have been dependent on her financially (which is probably part of her motivation, as much of an Angel as she was). She also Gifted Me with My first set of oil paints which I eventually abandoned because I don’t have the patience to wait for oils to dry, but I’ll share My first two oil paintings with You, too.

Probably not a huge surprise that My two favourite animals are wild cats (virtually any kind, though black panther would be My personal favourite), and elephants. I had several paintings of elephants on the go when a Spiritual Friend in Japan told Me that the Gods she speaks to every morning for council and blessings she receives as a Spiritual healer, told her that I am the Spirit of the Elephant, and that the Elephant represents Peace, Love, Truth, and Strength. If You didn’t know what the Japanese symbols on My flag represent, You do now! 😀

Nothing I do is without Intent-Ion, or I would not be Living a Purpose Full Life. 😉

Never underestimate the Magic of Art.