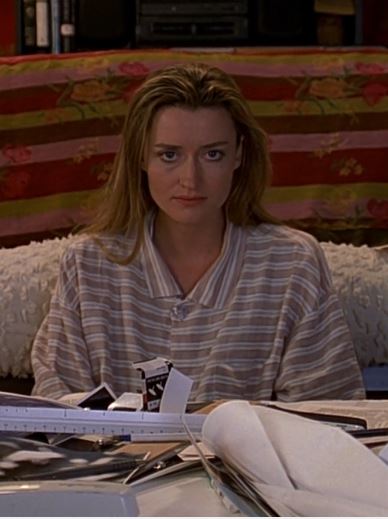 Hello every One and welcome to the Good News Journal’s Tuesday Tell a Vision Edition and the second Part of Our Truman Show Interpret a Sean. Thank King or Queen You for joining Me in My House for this Present-a-Sean.

The Hero of Our Story is the Star (Sirius, brightest Star in the sky) Character, Truman. Truman is an otherwise ‘Common Man’, except every One in his Life is completely fictional, a Character Playing a Role in Truman’s Story.

Although this is Part II, I figured it was better to Give the summary now because I feel its relevance is more apparent. Keep in Mind, this is My Spiritual Interpret-a-Sean, so it is not likely to be perfectly on par with other reviews.

The Truman Show is an important film for Me to re-View because the Plot of the film is a summary of every One’s Life. We are each the Hero of Our own Story and every One else We encounter is a supporting Character in Our Play. This is what makes the Truman Show so relatable because I’m sure We’ve all had moments where We feel We must be on some kind of reality show like ‘candid camera’. There are simply moments where the Universe feels too perfectly orchestrated to just be ‘coincidence’ – surely this Product-Sean has a Divine Director.

There also isn’t quite as much symbolism in the Truman Show (well, there probably is but not that’s readily apparent – I’m tall King more about obvious symbols We notice but are not thing King about), so We’re going to get through this one pretty fast. I’m already half Way through and We haven’t even introduced the other Love interest yet.

I have the other Love interest in italics because its really (Truly) Truman’s only Love interest – but Lauren was not Cast into this fiction to Play Truman’s wife. Truman’s wife’s role had been predetermined by the Casting director, so Lauren is removed from the Product-Sean immediately after their first date.

A Love interest always has tremendous Significance in Film because Love is almost always the theme. Why does the Hero in every film do what they do? Almost always, the answer Will be because Love triumphs over fear, and despite it being the most common Story and Plot, it is also the one We most Wish to see.

In Our current film Interpret-a-Sean, Truman’s stage wife represents Truman’s compromise. He gave up on his True Love and settled for… I was going to say second best, but was it even second best, or just what fell into Truman’s lap (puns always intended).

Consider the very same Idea and compare it to how We spend the days of Our Life. How many People are doing what they absolutely Love to do, what they most inspired and Wished for their Life one day? The answer is very few.

To Give a small comparison, I applied for two baking positions. One was with a large corporation with an established brand, fair starting wage, minimal benefits, and potential for promotion to management. The other was for a small, local, family owned bakery, full benefits, an extra week of paid vacation, four day work weeks, gas paid to travel to work, My own parking spot, double the pay, and it was for a management position – I would be running the entire bakery. You can probably guess which one I Wished to have.

I applied for both jobs at the same time, I was hired by the corporation within forty-eight hours. I didn’t know if I should except because I hadn’t heard back from the job I really Wished to have, but I was too worried (fear) about losing the job I had to wait for the one I Wished to have. So I accepted. As You might guess, I pick up the phone on My second week at My new job, and they tell Me I have the job I really Wish to have ‘if I’m still interested’.

Sadly, I believed in Honour enough back then that I didn’t take it because I’d already Given My Word. But We only get one shot at this Life and it was a mistake I would only make once. Some may disagree with this and suggest I ‘did the right thing’ by keeping My Word. No. Consider why I didn’t take the job. Because I was more worried about making the corporation (a dead thing that Will get over Me quitting very quickly) Happy, than I was in making My Self Happy. It’s the same reason why People stay in unhappy marriages, Trust Me.

Okay, I don’t Wish to get distracted too much from Our Show but I thought this was an important point to make because it is central to Our theme. Lauren, Truman’s ‘lost’ Love is the motivation for Truman to leave the Stage for which he was Set as their main Star. She tells Truman, “it’s all fake, it’s just a set, nothing is real!”, but Truman has no Idea what she is tall King about any more than I do when People try to tell Me the earth is flat. (If I find out the world is flat one day, I’ll be the first to admit I was duped and be perfectly okay with it – I really don’t care what shape the earth is ’till We get everyone fed and into dignified housing (at the very least).

One day, the radio in Truman’s car goes wonky. He picks up the frequency of the studio’s audio and can hear the director narrating his actions in real time. Of course, without knowing that every One is just Playing a Part in Truman’s Life, it is impossible for him to who to Trust, and the first person he tells is his wife.

As I mentioned, I’m already half Way through this one and We’re only on Part II, though next week I Will have a few more things to say about what they do to try and Keep Truman in the picture. In the beginning of the film We don’t really grasp the moral Issue because Truman seems perfectly Happy on the Stage the world set for him. It is not until Truman decides to break out of Character that the Show get really interesting, and We begin to realize that Truman’s pre-determined, seemingly glamorous Star status, is really just Sensationalized slavery – with the whole world not only standing by to watch, but fully entertained by Our Character’s struggles.

“The only thing necessary for the triumph of evil is for Good men to do nothing.”

I hope You are enjoying My Truman Interpret a Sean, more to come next week.