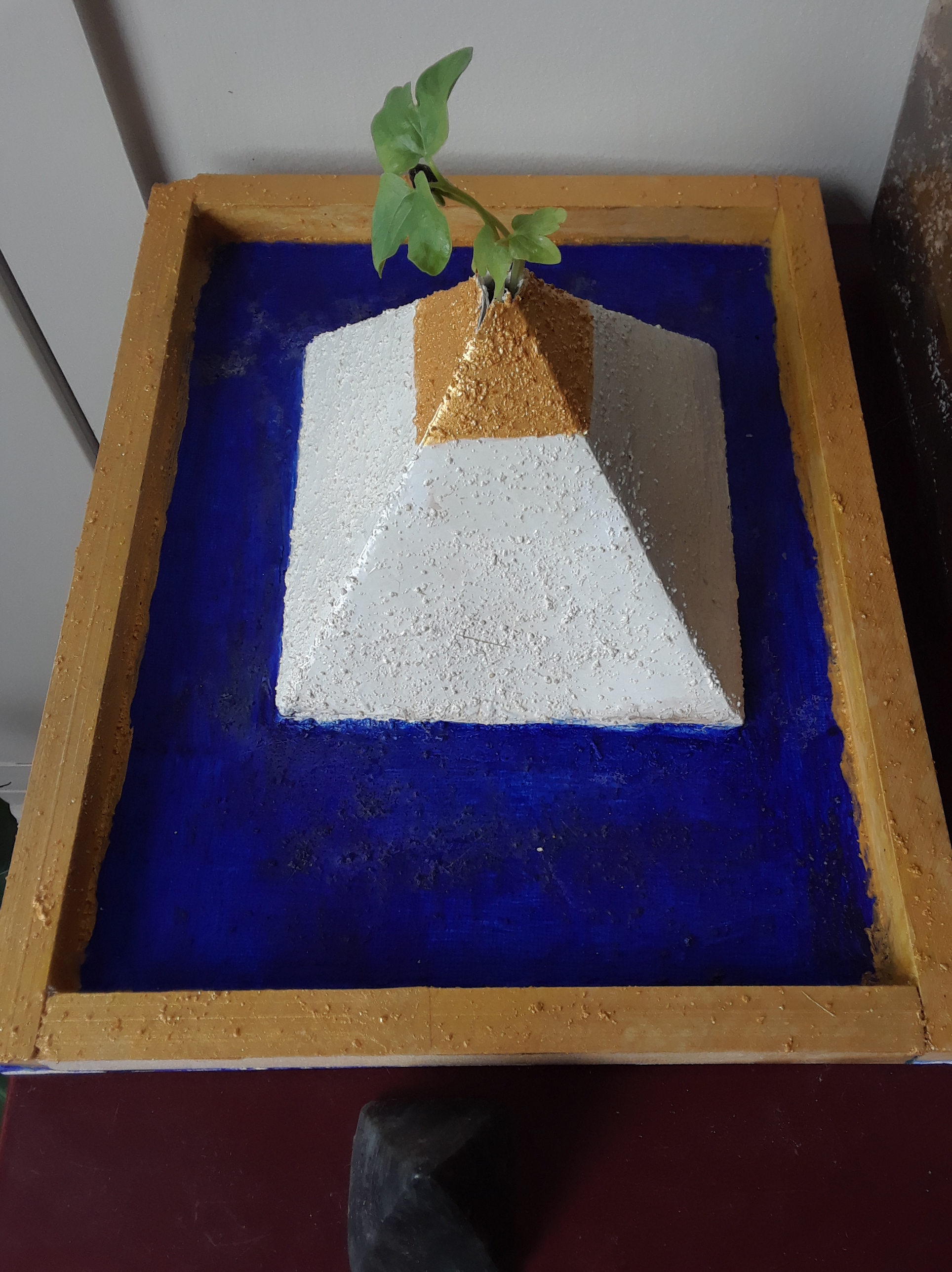 Hello every One and welcome to the Sensei Sean all Saturday Edition of the Good News Journal, thank King or Queen You for joining Me, Your Royal Highness is always welcome. It is a Full Moon Saturn Day Special because the full moon was at 2:57 this afternoon where I am at. I’ve also been tall King a lot about the Magic of Moons in general and how they represent cycles relative to the events in Our Life – the New Moon represents the seeds of intention We are sowing that Will come to fruition for the Full Moon.

In My Microcosm the seed of intention My Sister was sowing was an application for Certificate of Appointment of Estate Trustee that was never made. I was served a Notice of an Application, but My Notice of Objection was refused because there is no application before the Court. Translation? They filled out some papers and emailed them to Me but nothing was ever filed with the Court and the application is incomplete – to put it more bluntly, it’s fraud. I did email them to let them know I require Notice if they do file an application and that’s the last We’ve heard on that Matter.

It was also enough for Me to decide it was time to file a formal complaint against the lawyer with the Law Society and discovered the paralegal and legal assistant, Erica Kappa, is unlicensed (therefor uninsurable and not accountable to the Law Society and vice-versa), but a formal investigation into Hala Tabl was initiated three weeks ago this coming Easter Monday. I have not yet heard a single Word!

So that’s part of the reason I’ve been more quiet in My Microcosm because there really isn’t a lot going on in My Microcosm that relates in any significant Way to Man’s Macrocosm. But to not hear anything for as long as three weeks is meaningful if not significant because the Law Society did confirm that the complaint regarding Hala Tabl has been forwarded to the Professional Regulations Division for further review and the complaint is directly related to My Sister’s application. So in this case, no news really is Good News and because it is a Full Moon as well, I am going to presume that the reason it’s taking so long is because every One’s in a lot of trouble. They Truly can’t ignore the Matter forever, so it Will be interesting to see what Plays out but I am thing King that from this point forward, things are going to be war King in My favour a little more, and People Will be taking Me a little more seriously.

I have also boasted that I am a Master Magician but only because I believe We all are and Wish to teach You what I know. As I’ve stated many times before, they would not have called it ‘Spelling’ if it Words were not Magical. Our thoughts are Creative on a level that would be incomprehensible to most because it is absolutely True without prejudice. That’s really what I’m tall King about when I say that God doesn’t care what You do, You do. It Will be Your highest version of Self as King of You if You were Truly all You could be while You were here. You Will not be able to lie because Your Highest version of self is Presently before You and already knows the Truth.

I have Ideas that are not widely accepted and they are not even Ideas I would recommend for most People because they have not lived their entire Life believing these Principles to be absolute Truth as I have. It’s also related to My Estate Matter simply because all of the Highest moral Principles and Values I was taught to uphold were taught to Me by My father.

I have told the Story of My first bee sting before so I Will recap only briefly to say that I learnt I was anaphylaxis and woke up in the living room of My home not knowing how I got there or what had happened. I was around five because I was in grade one. My father was there when I awoke and there was a letter for Me in the event he hadn’t been beside a plate of marshmallow rice-crispy squares. Basically, I could get a shot and feel better like Magic, or I could remain sick for maybe another week or two, but I’d never need a shot if I got stung again because My body Will know what to do to fix Me. He told Me We can teach Our body how to heal Us. I believed him and opted to heal at home.

One could argue that My father took a great risk making that choice but he got the call to pick Me up at school and I was so badly swollen in the face and neck that I was having difficulty breathing. My dad was less than five minutes away and when he got there the swelling was gone, I just had hives and raspy breathing. The point is, he knew I was already recovering and wasn’t going to get worse.

But he instilled these Principles in Me and taught Me to be wary of pharmaceutical companies because it’s all too easy to take a pill to make pain go away but it makes much more sense to find out what’s causing the injury in the first place. My father told Me that nature has a cure for every ailment Man may have and that pharmaceutical companies monopolize natural remedies to make money.

“It doesn’t make sense to make drugs that heal People, Sean. Everything is about money, healthy People don’t need drugs, so drug companies Will never make You healthy, they Will make You dependent. Then they won’t work when You really do need them. God gave You everything You need to heal Your Self.”

When I saw My father last he told Me he didn’t believe in God but I don’t believe him – he was too happy to know that I do to not believe him Self. I am thing King he just lost a little faith and he was never a Christian Man, that’s for sure. He was also the One who told Me that going to church and anything about God is for Me and only Me to decide – not even Mum and dad can tell Me what to believe.

The relevance to this Full Moon Saturday is that I had a medical emergency this week and for the first time ever, I had everything nature provides on hand necessary to heal My Self. I was actually making Magical potions with a mortar and pestle and although it took four days, I can tell You today that I have officially stunned all My Friends who were thing King I would die if I did not go to an emergency room for some antibiotics. I was kindly as King of them to Give Me up until Monday, but I awakened only twenty-four hours later ‘sans infection’. I still have some swelling but it Will likely be entirely gone by tomorrow.

I Will tell the full Story tomorrow in the Super Natural Sun Day review because as strong as My Faith and belief might be, the thoughts and ideas of others in My Microcosm is magnified equally. Essentially, if People know I am under the weather in any Way and are worried about Me, the Universe Will Wish to Give them more reasons to worry. The more the individual cares, the greater the influence or interference of Magical energy. So it is easiest for Me to heal My Self Secretly because then I am only listening to My thoughts and My body. As far as I’m concerned, this is one of the most painful, common, chronic injuries that every One [at least in ‘western’ culture] Will tell You absolutely requires anti-biotics. I proved that is not True this week and it just so happens to have proven it Self True on this Sensei-Sean all Full Moon!!!

Post Script – Although I Will be sharing the Story tomorrow, please do not presume I am offering any kind of medical advice or anything. This is about mixing Magical tinctures and potions for healing One’s Self (mortar and pestle highly recommended for use in any suggested recipes). I’ll also be tall King more about today’s feature photo which is My Magical Pyramid Planter.