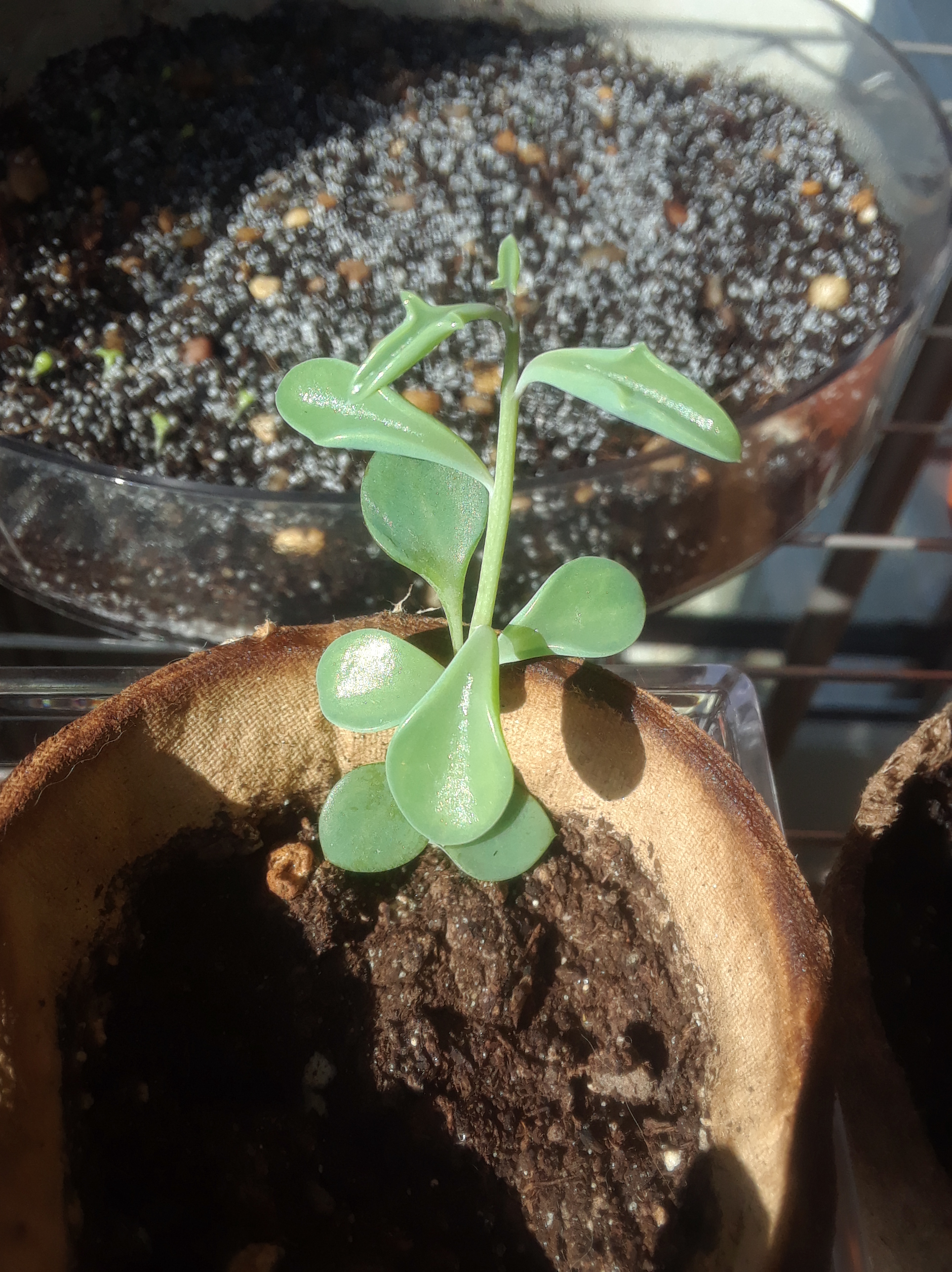 Hello every One and welcome to the most Fabulous Free Lance Friday Edition, thank King or Queen You for being here; Your Royal, moral Highness, compliments My House. I am thing King this Will be one of My most Fabulous Free Lance Friday Editions ever because it has always been one of My favourite days for Writing and I allow My Self to be tall King about whatever I Wish with absolute Creative Freedom – a Celebrate-Sean of Writing, if You Will, and embracing My unique Style.

Is it really such a surprise that I’m a Man of Germanic Roots? I do Wish My father had taught Me how to Sprechen die Deutch, though I do remember thing King how strange it was that Words would be capitalized in the middle of a sentence. I remember as King of My father about it, he said that’s just the Way it is in Germany, the language is different.

Do I not have the ‘right’ to ex-Press Words in My Writing in a Way that uniquely identifies My House, yet remains comprehensible, incorporating elements of both German and English tradition? Why should My Writing not reflect My unique House and lineage? Do You know I’m a descendent of King Solomon? Yes, You might be too, how far back have You looked? As it stands right now, I am in fact part of the von Dehn aristocracy which currently has somewhere around 2,500 family members, and I am now the legitimate Head of My House Hold, ‘von Dehn’. Not a Word of this is fiction, the Title was Gifted to Our House as a badge of Honour by the Crown!!! This is why My father’s House is mine regardless what any One is thing King; I am a legitimate Crown, and it’s on Crown land.

Do You know that one of the main reasons and purpose for My father and Our House to move to Canada, was to reclaim Sovereign land that was stolen from Our family by Nazi’s? Do You know I won second place in a public speaking ‘contest’ (compulsory school assignment, though, not something I had a choice about) provincially right here in Ontario for a five minute speech I did about My father’s escape from East Berlin? And I’m not supposed to be affected by what I see the Trudeau government doing to Canada’s People? No, I am Living with a Purpose, People; not on My watch. If he is going to continue to commit Treason against Canada’s People, I am going to continue tall King about it. I have a feeling Elon Musk might just buy Trudeau, I’m sure he’s for sale…

Anyway, that is not why this is the most Fabulous Free Lance Friday Edition I have ever Writ, it is because of today’s Title. Today, Divine Inspire a Sean found Me, and I believe I have come up with a resolution for My father’s Estate Matter that Will be appealing to all parties concerned. And it is just so Brilliant, it could only be Divinely Inspired by God, it is an Immaculate Concept-Sean of its own!!! Oh, just wait till I tell You!!!

The situation is seriously almost beyond comprehension it is so bad! We are now two and a half years Post My father’s death, and My Brother and Sister have still not provided Me with an ounce of disclosure; assets, bills, whatever – nothing. In fact, I had to place My own Brother on Notice to get back the last Letter I Writ My father when I had gone to try and help him fix his House. They let the mortgage go into default, get sold under power of sale, caused well over $100,000k in commercial damages at My expense, while continually assuring Me that everything was under control. They sat back and watched as the bank threatened Me with the loss of My father’s House if I failed to produce $54,258.91 within thirty days because they allowed the account to go into default!!! The cost to keep the account in Good standing until We decide what to do with the House? $200/month. What are You thing King? Do I have a pretty strong Claim against My Brother and Sister if I Wished to make one?

So of course I had to be tough with Noah because now I’m trying to fix what My Brother and Sister broke, and I know the Courts Will recognize My fiduciary obligations to My father to have equitable Value in commerce even if Noah doesn’t. He kept telling Me, “You’re not a lawyer, and I’m not Your lawyer…”, and I am thing King, ‘Yeah, but You’re not a King, and I’m not Your King…”. Also, King outranks lawyer and he was the one who addressed Me as King, as King for $54,258.91!!! Does he not know that, ‘King non potest peccare’? The King can do no wrong, Maxim in Law. True Story.

Now I suppose he could try and say I’m not really ‘King Sean’, but then he’d be admitting to fraud and deceit in his contract. Why address Me as King Sean on the official commercial document if that’s not who I am? How could the threat even be relative otherwise? Are You thing King Noah Wishes to be compelled to answer these Quest-Ions before a Justice of the Court? Yeah, Me either. He owes Me an Ark of that fiat stuff You all Love so much!!!

Is it even possible to come up with a solution that pleases every One? Only if it is Divine Inspire a Sean. Good thing it is. It is actually much easier than most People Will be thing King. To any One as King of Me for Giveness, it Will be Granted; though there Will be some accounting for response ability, and to Show that the apology is Genuine and Sincere.

If My Brother and Sister Will take accountability and response ability for their Actions and negligence for undermining My guidance and authority as Trustee with priority right to Act as Executor (yes, even in Canadian Law), I Will for Give Noah and Laraine – though they Will also have to be as King for it. Only fair, right?

Financially, it means I Will not draft a Claim against Noah and Laraine in accordance with the Notice served upon them (again, providing they apologize in Writing), and My Brother and Sister Will be liable to Me for all the economic harm for allowing the Estate to go into default. They Will also relinquish their claim on a third of the assets because negligence and contempt are not Acts worthy of Honour or reward, and My Brother and Sister were just being greedy, they are both very wealth in their own right already, they have no need for any share in this Estate, nor did they have any right to any share because the House should not have been sold in the first place. That was not My father’s Will, and I am My father’s representative. My Brother and Sister’s opinion on the Matter has nothing to do with it, My Trust instrument was filed with Canada’s Ministry of the Attorney General in January of 2017!

Wow, 1200 Words already!? The point is, that Trust is the Trust I Promised My father I would be Creating to Honour Our House and the von Dehn family name so that We could steward (Kings and Queens don’t actually Claim ownership of anything) the land as Honourable representatives of the Crown – Truly Sovereign, ‘House’ von Dehn. My dad Loved that Idea!!!

Every One involved with My father’s Estate owes Me big time for the damage that has been done to it, and to Me as its intended Beneficiary!!! Virtually every One has a Way out that does not involve any additional economic expense (because I’m really not interested in fiat currency at all), and the fiat currently available and due to Me is sufficient for Me to Create an Empire worthy to pass on to My heirs and successors.

The only One I’m not so sure about, is Hala Tabl. She has seriously caused Me a lot of undue harm, she is required to be bonded (insured) to ensure performance and compliance with the Rule of Law, and I am entitled to compensate-Sean. I guess We Will wait and see what Carmine suggests when she concludes her investigate Sean.

Oh, aren’t Friday’s Fun!!! Have a Fabulous weekend!!! And please also remember, I’m never yelling at You, three ‘!!!’ is a symbol for a Crown and Celebrate-Sean of Your Sovereignty.

Post Script – Today’s feature photo is a mystery succulent that might be commonly known as ‘String of Dolphins’. It didn’t look much like ‘String of Dolphins’ from the initial cutting (which is what this plant was grown from), but it’s today’s feature photo because You can see how the new leaves are beginning to take on a dolphin like shape which Gives the plant its Common name. I’ll wait until it’s a little bigger before I can positively identify and commit the proper Latin name to memory, though I believe it’s part of the Senecio family.

Post, Post Script: Carmine has also concluded her investigation and I Will share her findings with You as well as My interpret a Sean tomorrow. For now, I Will only say it is a Sign that the Universe likes My Divinely inspired resolute-Sean proposal!