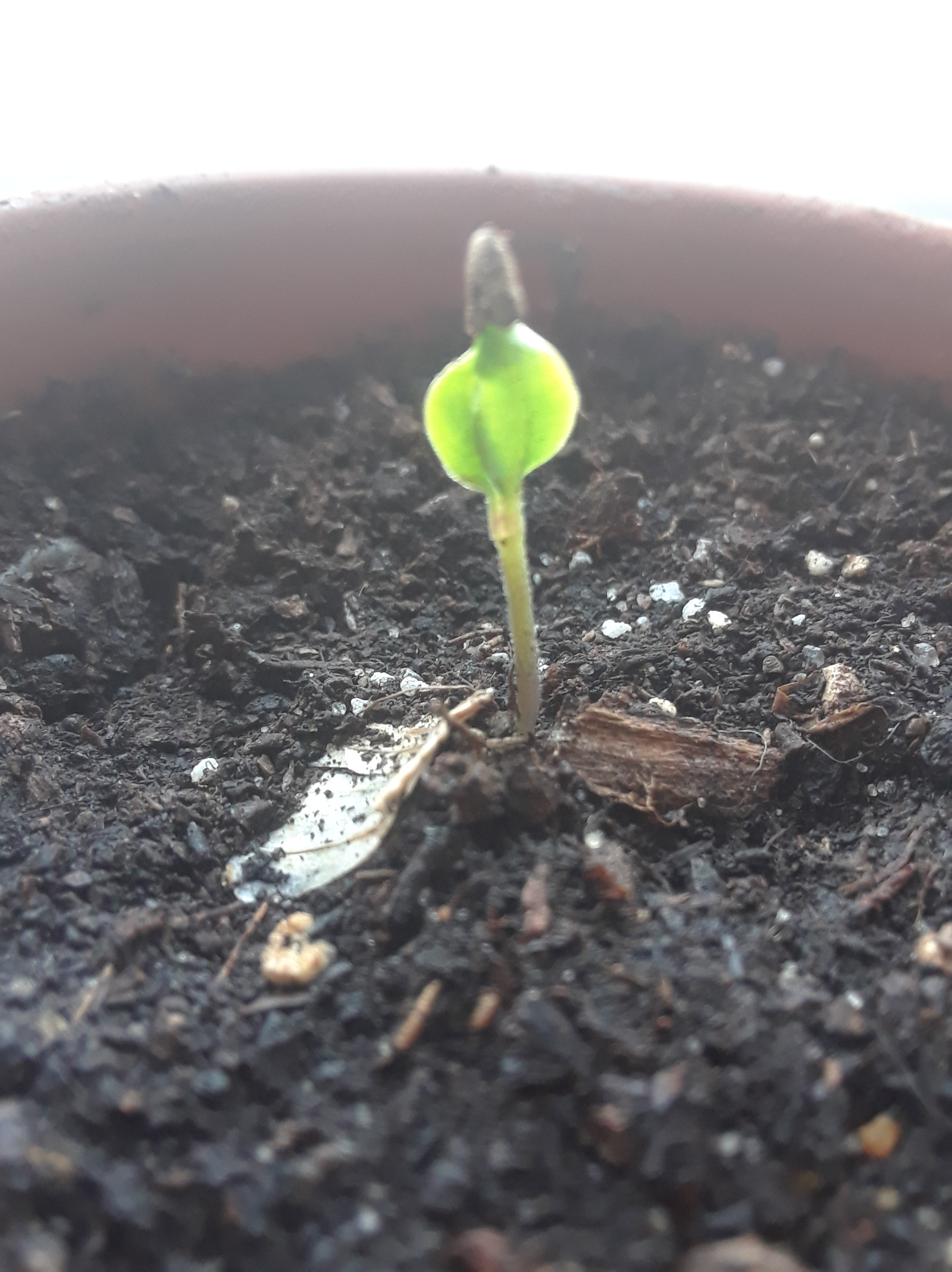 Hello every One, and welcome to the Super Natural Son Day Edition, thank King Your Royal Highness for being here, it is always a Pleasure to have You in My House. Today is the Super Natural ‘Son’ Day Review, as most of Us Will be Celebrating Mother’s day, and there Will also soon be reason for Celebrate-Sean in regards to My father’s Estate, so today feels a little like a Natural Celebrate Sean of both for this Son’s day.

In My Microcosm, We caught My Sister and her lawyer conspiring with a Courthouse in Bracebridge to sit on an Application for Certificate of Appointment of Estate Trustee that My Sister’s lawyer had claimed to have filed on March 24th, 2022. She claims to have a receipt for this filing with the Courthouse as well, so that Will be interesting to see because then We Will know who is responsible for conspiring with My Sister’s lawyer by providing a receipt for filing without entering it into the system. But the fraud doesn’t stop there.

My Sister’s lawyer is also claiming that an Endorsement made in 2020 by Justice Susan J. Woodley is for the unfiled Application allegedly sitting in the Bracebridge Courthouse that Justice Susan J. Woodley Will know nothing about!!! So I sent an email to the Bracebridge Courthouse as King of them to pass the Notice of Application and Endorsement that was served upon Me by My Sister’s lawyer along to the Honourable Justice for clarification. That was Tuesday morning at 9:10 – there has been no reply from the Justice yet.

Now, if You are thing King it is a little strange that the Justice would take so long to respond, You are absolutely correct – she wouldn’t. A Justice is not going to be pleased to know some One is walking around claiming they have an Endorsement to an Application the Justice hasn’t even seen. So what does that mean? My guess is that the Bracebridge Courthouse is too concerned about their own liability because I’m pretty sure the Justice is going to Wish to know who is sitting on an application while providing receipts to show it has been filed… Or equally concerned if all of that proves to be false. My Sister’s claiming the Application was filed electronically, so a receipt should be easy to produce, right?

Unless of course every One is guilty of federal offences and passing the email on to the Justice is basically like forcing every One to turn their Self in! But they Will have no choice – the longer they sit on the email, the worse it’s going to look when it does come to the Justice’s attention, right? See how criminals always dig their Self a deeper hole?

So this Mother’s day, My Sister is basically guilty of federal offences, or at least, it certainly looks that Way, doesn’t it? Again, I don’t Wish to say for sure, I’m quite happy to leave that determination up to the Honourable Justice, but I’m thing King My Sister is going to be in quite a lot of trouble when this all comes out. My Brother maybe, too – I don’t know how that works because he consent to an application [allegedly] after knowing his Sister betrayed him in her first application by not telling him she was as King of the Court to exclude Me from the Matter and pay for the costs when that had been the condition I had agreed to conditionally consent to the Application (for Tanja and or Michael to pay any legal costs for the Application and process). So if he already knows she’s not Trustworthy and withdrew his consent the first time, how Will it look if he is now Trusting a Sister he knows betrayed Us both in her first application? Or was he conspiring with My Sister? See how ‘innocent’ bystander is a little harder to prove when One legally consents to something without knowing what One is consenting to? Either Way, that’s two counts of Court fraud with intent to influence and mislead Justice.

The irony is, My Sister’s always the One who Wishes to be perceived as the most benevolent, loving and compassionate individual. It’s all just an Act. She only Gives a begger a coin if some One is there to see her do it, and she Will expect praise for the Act of kindness, then shrug it off like ‘oh, it was nothing’, when the praise was the only purpose. If there is no One around to see, there is no reason to do anything Good as far as My Sister is concerned. But the real problem is much more serious.

See, My Sister was quite literally allowed to cheat if it allowed her to win at a game. My Sister was allowed to do things I would get in trouble for, but I’d be the One to get in trouble for it! It was My job to make sure My Sister behaved when My parents weren’t around, and if she got into trouble, I got the punishment. I was never allowed to tell on her for cheating at a game, I was older so I should let her cheat and let her win. Problem is, no game was Fun to Play with her, and she never learned to lose. More importantly, it doesn’t look like she ever learnt how to Play fair, either.

My Brother is always thing King I’m too critical of My Sister. I didn’t do any of this. I’ve never tried to cheat My Sister out of making her Application, I’ve never ever done anything to cause harm to My Sister or even interfere with her Life or family. I don’t think I exchanged a single phone call or email with My Sister in at least six or seven years before the Estate, and she had been as King of My Mum not to tell Me she is now a mother, too. She didn’t Wish for Me to know I had a niece. No reason, not that I can think of except that she’s a vindictive bitch who Wished to send Me a very clear message that she doesn’t Wish for Me to have anything to do with her Life or family. I would be so happy to Honour that Wish till death do We part if she would only let Me. But no, she had to interfere with My father’s Estate just because she knew it would piss Me off. She’s worse than the Matrix IV’s Tiffany!!!

So should I really be that concerned if there is nothing I can do to stop her from being criminally charged now? Because I really don’t think that there is, I believe that Will be up to the Justice, and I’m going to let the Justice be the Voice of the Universe on this one…

As far as the Prince of Peppers is concerned, I Wish to let You know My new Product-Sean Company is doing very well. It is already worth 2 ounces of Silver and the initial investment was only three ounces of Silver ($75). Today’s feature photo is a recently sprouted seedling. As You can see, even Pepper Plants have real Life struggles to overcome; the seed shedding struggle is real!

I’m also expecting to receive the last seeds I Will be starting for My first season tomorrow, which Will complete a collection of twelve varieties of Pepper Plants for My first Product-Sean season. Here is the list of varieties expected from the first harvest:

I hope to Create at least six hybrids from My first harvest, too, and the annual Product Sean plan includes two planting seasons; spring and fall. Because they are perennials, I Will start some seeds in the fall to see if the extra growth time makes for a more abundant first season. I’ll start more the following spring at the usual time (which I Will research a little more thoroughly for next season) to see which Pepper Plants perform best.

The other reason I’m so excited about this project is because I am always tall King about how the entire Universe is continually evolving in every moment, and plants are an exceptional example of that. They Will provide medicine for viruses that are in the air, they Will adapt to grow in containers, the temperatures I am growing them at, soil conditions, and each new generation Will produce better fruit because of it.

If all goes well and My seeds arrive as expected tomorrow, I Will have 90 Peppers planted, and another nine seedlings already sprouted. We’ll see how many Peppers I Will harvest from My Product-Sean.