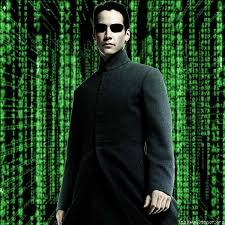 Last week We left off with Morpheus introducing Neo to the Matrix, explaining to him that he’d been living in a dream world, Promising to Show Neo what the Matrix really is by allowing him to see it with his own eyes.  He concludes with,

“What is the Matrix?  Control.  The Matrix is a computer generated dream world…” – Morpheus

Our world may not be computer generated, but when One fully understands the Power of One’s thoughts, the world We are born into, and the belief system We are Programmed to accept – there is very little difference.  Most People cannot even Imagine a world without money.  But what is money?  A singular (Mon = One) Idea the entire world has grown to accept, a monopoly on every resource Man Creates, managed and controlled by a very small minority of individuals who have absolutely no use for the stuff.  It is only for slaves (sinners).

The Idea is to Keep Us so busy war King for profits, competing with each other, that We Will never notice who is really in control.  And it doesn’t matter how much money One has, either.  Keep in Mind, it all belongs to the bank.  Five dollars, or thirty billion Will make no difference when the banks recall their loans.  The greater the ‘wealth’, the greater the debt.  The same goes for everything purchased with money.  Everything purchased is bought with someone else’s intellectual property!  How many People are as King what the banks take as collateral before they issue the currency (Current Sea/Commercial Admiralty Waters)?  Banks don’t just give out money for free.  It is Our promised energy.  Is it a coincidence they are called Promissory (promise-sorry) Notes?  Remember, there are no coincidences…

“Give to Caesar what belongs to Caesar.” – Jesus

Money is Given to countries by private, centralized banks to create the Current-Sea of Commercial Admiralty waters for the Citizen-Ships to Sale on.  Clever, isn’t it?  Trust Me, I’m not smart enough to make this stuff up, they designed it this Way with deliberation.  It’s not a conspiracy, it’s just a Game.  Haven’t We always heard that God has a sense of humour?  Why should the God’s of Man’s world be any different?  Microcosm reflects the macrocosm in all things.  The moment We wake up, the Game is over.  This world is about as real as Dorothy’s in the Wizard of Oz, and the central bankers are just the Wizards behind the curtain, playing a big joke on man until We grow up (spiritually).  We have invested Our belief in worthless paper, when We should be Trusting in God.  In fact, I’m pretty sure those Words are Writ right on the American dollar bill.  The Signs are everywhere once One learns how to See with Spiritual eyes.

“built to Keep Us under control, in order to change a human being…  Into this” – Morpheus holding up a battery.

The Matrix makes it all sound very sinister, though I have a much more positive perspective on the situation.  I believe the system of control governing Our world was set up by Spiritual Masters, knowing no Man may ever be compelled against her Will to do evil.  We all have freedom of choice.  No one is compelled to Play monopoly when We were meant to Play chess.  In chess, the King is the most important piece on the board, and the Queen is the most powerful.  Coincidence?

And most People won’t believe it.

At this point, Neo asks Morpheus to stop, and to let him out of the Matrix.  He doesn’t want to believe the Truth, he is Wishing he didn’t know the Truth.  This is called cognitive dissonance; it is a mental condition that prefers to believe a lie because the Truth is destructive to the ego which has a natural determination to survive at all costs.  The Truth is so difficult for Neo to accept, he vomits and passes out.

Morpheus elaborates on the concept of cognitive dissonance, apologizing to Neo for bringing him into the Matrix and explaining that they have ‘a rule’ that prevents them from allowing People to experience the Matrix after a certain age.  The older a person becomes generally (there are always exceptions) the more difficult it is to transcend the ego and let go of preconceived belief systems.  Cognitive dissonance could actually cause serious mental injury and even insanity.

“As long as the Matrix exists, the human race will never be free.” – Morpheus

The Story Morpheus tells Neo is very similar to the Story of Christ.  A man who had the Power to transform the Matrix in any Way he saw fit, and freed the first individuals from the Matrix.  After he dies, the Oracle prophesied his return, and that

“his coming would hail the destruction of the Matrix, end the war, bring freedom to Our People.”

Morpheus then tells Neo that he did what he did because he believes that search is over.  Ominous music Plays, and Neo rolls over in his cot to face Morpheus, clearly in disbelief.  How could One Hope to Live Up to such incredible expectations?

Neo is told to rest to prepare for his training, but sits awake all night, pondering the Words of Morpheus.  In the morning, Neo meets Tank, his training ‘operator’, and Neo notices that Tank has no ‘holes’ from being unplugged from the Matrix.  Tank explains to Neo that he was born in the real world, a true child of Zion. 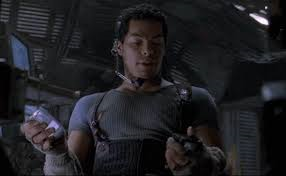 The symbolism in this movie is incredible.  Zion represents the Temple mound, the city where King David established his Kingdom, and (according to Wikipedia) ‘in the greater sense’ to the land of Israel (an acronym for Is-Real).

Tank also mentions how excited he is to see what Neo is capable of,

“if Morpheus is right and all!” – Tank

This, of course, just adds to the pressure Neo was already feeling.  Tank decides to ‘skip’ the boring stuff and start with something interesting…

Good Writing is all about cliff-hangers, right?  Well, We’re also just over 1000 Words, which means it’s a Good time to Sign off for this week, We’ll pick up next week with Neo’s training.

Before I go, I do want to express a little more gratitude.  My film interpret-A-Sean’s are among My most read Blog Posts and have become One of My favourite things to Write.  I also only realized two days ago that the directors of this film, formerly ‘The Wachowski Brothers’ (now known as the Wachowski’s) are also the directors of My other favourite film, ‘V for Vendetta’! 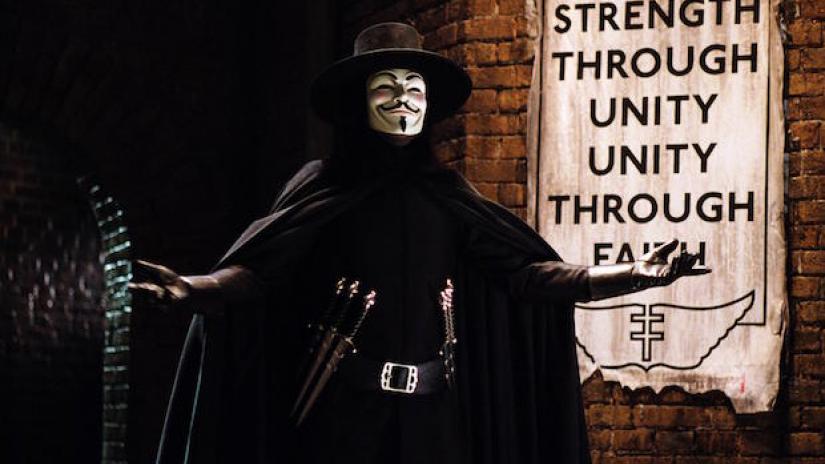 Again, I’m feeling a little foolish for not having realized this sooner, considering these are My two favourite films of all time!  They are also the only two films I’ve ever decided to Write film interpret-A-Sean’s of, and ‘V for Vendetta, the Truth‘ is My second to most read Blog Post of all time, just after ‘Becoming a Student of the Universe’.  These Matrix Write ups are following in their footsteps, so I would like to thank My audience once again for Your continued support.

Finally, I said that I was approaching My tenth year of Blogging and I officially reached My ten year anniversary on WordPress yesterday (WordPress sent Me a little congratulatory message), so I wanted to thank My audience for ten fabulous years (and ten represents a new age in Magic, so let’s prepare for a huge year!).

Love You all so much!