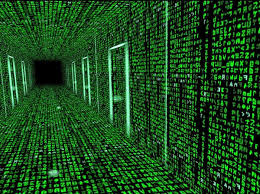 Hello every One.  Welcome to Part 9 of the Matrix De-Coded, and the Tuesday Tell A Vision Interpret A Sean of the film, thank You for being here.  When I started this thing, I thought it would be a three Part thing, maybe four.  I’d never have guessed it would be as many as nine, now I’m curious how many it Will be.  After the Oracle, most of the ‘heavy’ stuff is out of the Way, so it should go a little faster.

Last week, Neo finally saw the Oracle and discovered he is not ‘the One’ after all.  The Oracle tells Neo that Morpheus believes he’s the One so much, that he Will Give his Life for Neo’s – One of them is going to die.

It sounds like such a simple Idea, but there is so much more going on here.  Neo doesn’t ‘believe’ in all that Fortune Telling stuff (and if Fortune Telling were bad, would they really call it Fortune?  For Tune, to be in Harmony with the Universe).  This is the same Idea that the Oracle says Will ‘really bake Neo’s noodle’ later, earlier in the conversation – ‘would Neo still have broken the vase if the Oracle didn’t tell Neo not to worry about it’.  The Oracle was Giving Neo a Clue.

Neo also just discovered he’s not ‘the One’; it’s official now because the Oracle said so and the Oracle is never wrong.  Neo didn’t believe an Oracle could tell him he was ‘the One’, so she couldn’t.  Now, Neo also believes he is right about the Oracle.  If the Oracle was wrong about Neo, the Oracle could be wrong about anything.  So when the Oracle says that either Morpheus or Neo must die, Neo believes the Oracle must be wrong, surely He Will have the Power to change that.  And of course, because he’s not ‘the One’, he feels he has a Duty and an obligation to do so.  The Oracle Tells every One exactly what One needs to hear to find the Path (Way).

“Remember, Neo, You don’t believe in any of this crap, so don’t worry about it.  You’re in control of Your Life, right?  Here, have a cookie.” – the Oracle

The best Way to motivate Me to do something, is to tell Me I can’t do something.  True Story.  And One would think that when One knows this to be One’s weakness, One would begin to develop an immunity to it.  Nope.  Fully aware of the flaw, fully conscious of it, still have to do what can’t be done.  It’s a thing.

The frown on Neo’s face just before he bites into the cookie suggests Neo just considered what it might mean if the Oracle is wrong about things and thinks he’s not the One – what if she’s wrong about that, too?

We do get to fast forward through the next little bit, though.  Cypher betrays the Crew on the Way back from the Oracle.  We knew it was coming and he takes out a couple of Crew members before We get to the next Scene of Significance with another Christ reference.

Cypher is just about to ‘pull Neo’s plug’ from the Matrix, and everyone else is trapped in the Matrix, Neo is completely helpless.

“If Neo’s the One, then I guess it’s going to take some kind of Miracle to stop Me.  Right?” – Cypher

It just wouldn’t be a True Christ reference if Faith and Love were not involved, so despite the perilous situation Neo is in, Trinity looks Neo in the Eye and says, “yes”, just before Cypher gets blasted by Tank, Saving the day and the rest of the Crew…  Except Morpheus, of course.  Morpheus was Handed over to the agents by Cypher, and now Our Hero has to go Save him.

In the next Scene, the ‘main’ Agent is standing in a window, overlooking the city, marvelling at its Genius.

“Billions of People, just living out their lives.  Oblivious.”

He says the first Matrix was the perfect human world, where none suffered, where everyone would be happy.  He goes on to say that it was a complete disaster, none would accept the program.  He says that he believes human beings define their reality through misery and suffering.

Again, the Way this is all Writ into the film is pretty genius, the Writers seemed to think of everything.  The “Matrix” in the film is Our modern day world.  We haven’t had a chance to critically think about how insane it is to Create a computer generated world as chaotic and challenging as the One We are experiencing now.  Surely, if Our world were computer generated, One would think it would be a paradise so We would have no reason to want to be ‘unplugged’.  Here, We learn why the modern world is the program they are running (‘Rat Race’ with the Monopoly expansion pack), while perhaps simultaneously getting a hint as to why the Commercial Admiralty Waters were Created.

There are a couple of very Powerful metaphors made here.

“Because when We started thinking for You, it really became Our civilization.” – Agent

Keep in Mind I’m suggesting the Matrix is a metaphor for Our Commercial Admiralty Law, or Uniform Commercial Code, Man’s system of laws.  It is common place that Common Sense loses out to commercial codes of conduct.  People are homeless and living in shelters because there is not enough money in the city budget to put People into dignified apartments.  The real problem, is that We believe this is a perfectly acceptable reason for homelessness to exist in Canada, or anywhere else in the world.  We allow public policy to determine what is right, rather than Common Sense.  The Idea that We need Law to Tell Us how to behave is a little condescending when One is really thing King about it.

The Agent tells Morpheus to look out the window,

Coincidence that I was tall King about the Magic of Time in the Monday Edition?  Hypothetical, coincidences don’t exist.  The Quest-Ion, is who are the Agents, what are We up against?

I’ll be answering that Quest-Ion in the next Edition of the Tuesday Tell A Vision Matrix Interpret-A-Sean.

Lots more Magic to be tall King with You about soon, stay Tuned into Universal Pictures Greatest Present-A-Sean.