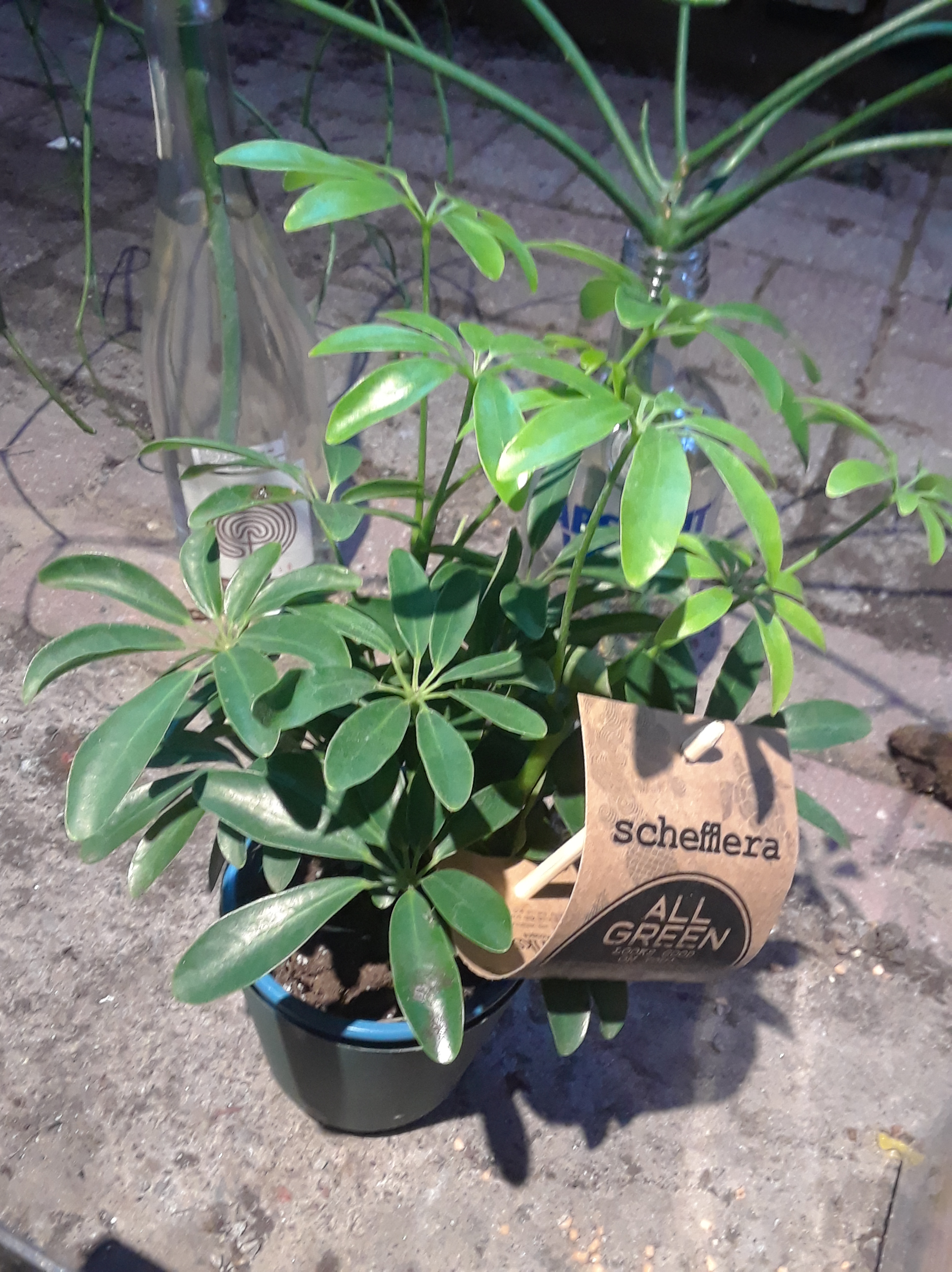 Hello every One, and welcome to the Good News Journal’s Thursday Thing King Edition and Part III of My Redempt-Sean Series; as always, thank King You for being here.  I have lots of Good News to share with You today, and although I have been Writing somewhat less with respect to Blog Posts, I anticipate that Will get back to a daily ritual soon, too.  It is a ‘House’ rule of the King’s Keep to always make a concentrated effort to Post daily, while allowing My Self reasonable for Give-ness – I am allowed to Give My Self a break if I feel I need to, and refining My strategies and thoughts has required that time.

Before I get into the best of the Good News Journal this Thursday, I am wondering if You Will remember this? 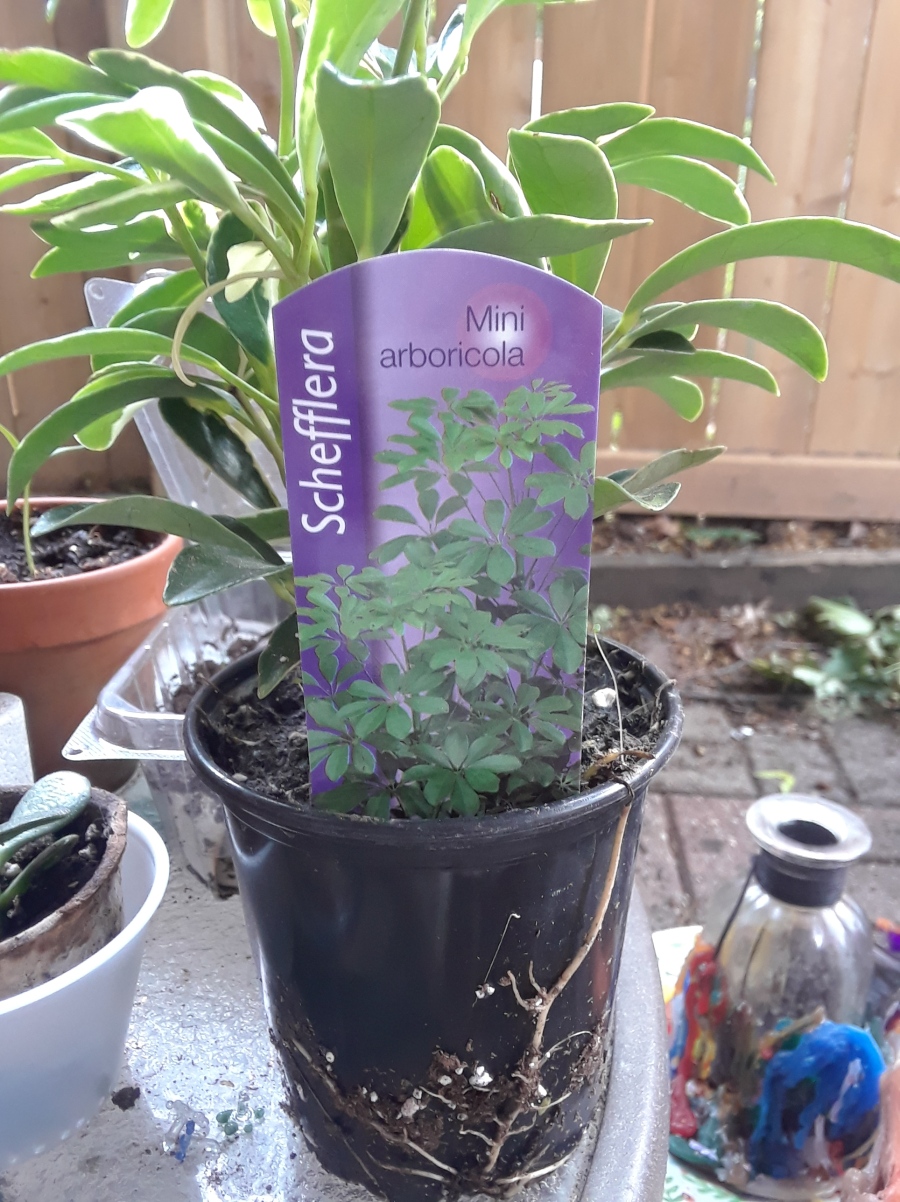 I was tall King about the tag on the plant and how it has been named incorrectly.  Its proper name is Heptapleurum Arboricola (variegata).  I don’t always remember how to Spell the Magic of these names the first few times but I (try) to make sure I get it right the first time I mention it here and add it to My dictionary so that I don’t have to look it up every time.  The point is, it does mimic both the look and care of a Schefflera in virtually every Way, but they are not the same Genus of plant.  I only learnt about this plant because the first one I bought was incorrectly named Schefflera and was disappointed to discover it was not.  The above plant is smaller, more compact and is considered a shrub, the plant pictured below is a true Schefflera, though even botanists admit the name is so often incorrectly used, ‘Schefflera Arboricola’ is now ‘interchangeable’ with Heptapleurum.  The plant picture below is tagged as a Schefflera and when I took a closer look, I was surprised (and delighted) to see it is a True Schefflera, which is truly one of My favourite tropical house plants.  It can probably be four feet tall in just a few years, it grows very quickly in a bright location away from direct sunlight. 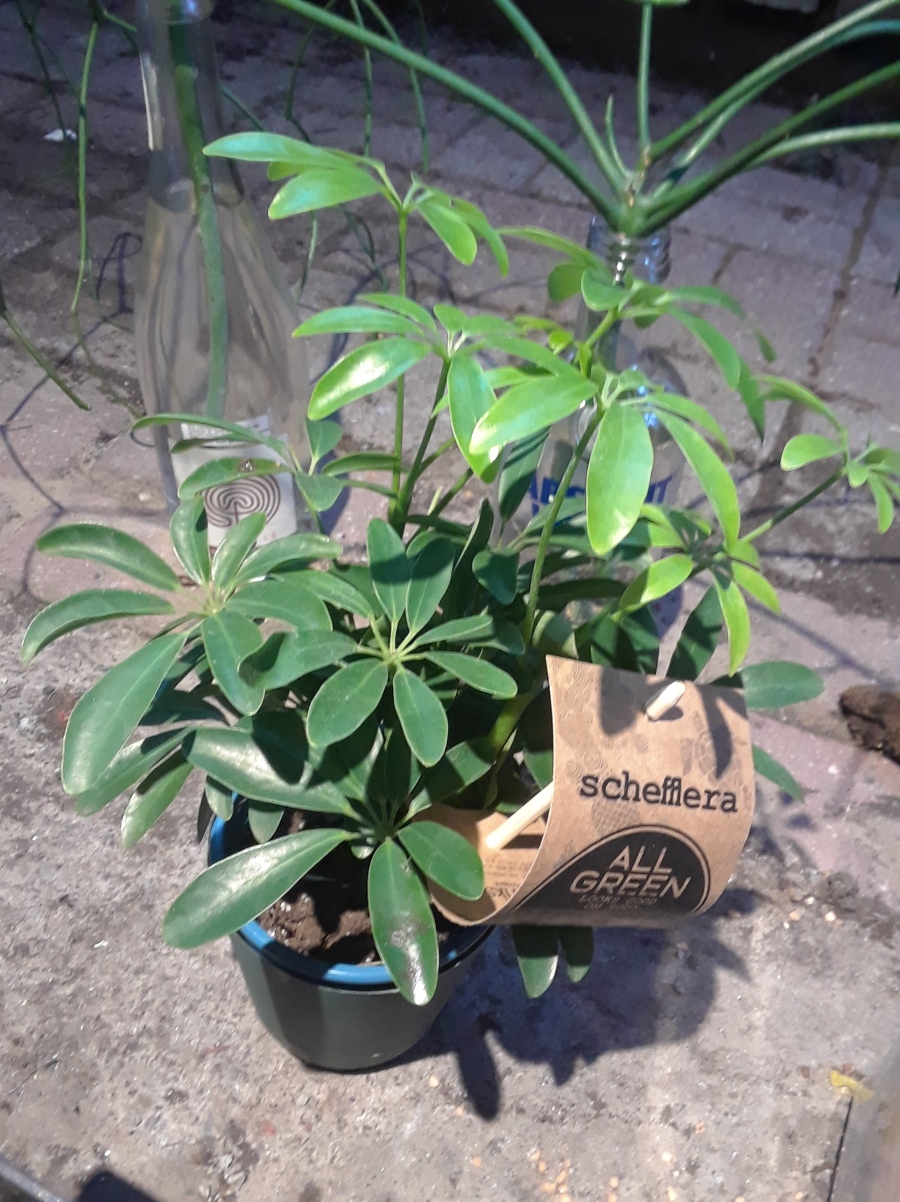 This is very young plant, probably six months or less.  It’s in Good soil and Good condition and was only $5.  Honestly, haven’t seen this plant around for ages, and it was most certainly not on the shelf of My grocery store at the time I Writ the first Post tall King about how much I Wished the True ‘Schefflera’ plant were easier to find so I could Show You the difference.  That’s also why I’m starting this ‘Redempt-Sean’ Post this Way, because it seems more and more of My Wishes are more easily Gifted to Me.

Is it a coincidence?  We don’t believe in those here.  What else was I Wishing for that might be of big significance to My overall Quest and final Redempt-Sean?  Well, I didn’t exactly ‘Wish’ for it, I declared that email is legal proof of service in the Common Law; it now ‘happens’ to be True in Man’s commercial admiralty fiction of law, too!  How convenient for Me, no?  No more costly registered mail.  Every email I Write to every representative of Canada’s government is considered legally served!

The ‘right’ of Self determination.  If I am deter-Mind to not be compelled to drag Canada’s elected officials into court and decide I can accomplish everything from here, then it Shall be Done.  The fact that email is also considered legal proof of service now, already goes a very long Way to accelerate My potential.  Right now both Twitter and Pinterest followers are somewhere between 4,000 and 4,500.  I don’t know this to be factually true, but a tech guy I met on My travels told Me that if You have a social media influence of 5,000 or more on any platform, You gain the status of ‘social influencer’.  Now for the ‘really’ Good News (I told You this was going to be a Good one).

I believe the reason both of these social media platforms I’m using are sitting roughly 500 or more followers below the social influencer benchmark is to help Keep Me ‘under the radar’ for a little while longer.  And this is the Part that People like Kristine Haines-Chiarello should probably pay attention to most.  I have nothing to do with My success on Pinterest and Twitter, though I am infinitely thank full for it, and I believe whoever is responsible for it, knows I am.  They (whoever ‘they’ may be) Showed Me they have been following this Blog very closely for over ten years – since the day I Writ My first Post.  Whoever they are, they are responsible for changing the Spelling of My name on My Book (from SEAN VON DEHN to Sean von Dehn), ‘A Prophecy for Peace’, making it available to order online virtually anywhere One can buy books.  I didn’t do any of that.

My Story, which is tall King about My Cestui Que Vie, the beginning of My Story (and the end of His-Story), is now the #1 Google search result for ‘Sean von Dehn’.  So when government officials receive a letter from Me, see that I’m publishing a Blog and then open a separate window to see what Google has to say about Me, it takes them to My Cestui Que Vie, the document I claim to be the most powerful legal document on this planet.  I guess One would have to know a thing or two about internet marketing to know just how much it would cost Me to pay Google to uprank My name in their search engine optimizers enough to drive traffic to My most prized piece of literature.  All I can tell You, is that it is certainly more than I can afford on the wages My government is paying their incorporated person…

Do You see why I am so confident?  Never Mind the fact that I am going to be starting a not for profit organization Called ‘Sickness Succs!!!’, Succulent seedlings to inspire Sick Kids, with a little Hand Writ Card by Yours Truly which Will read, “I’m Rooting for You!”

Government doesn’t Wish to help sponsor that Idea, they do not deserve to be governing a kindergarten classroom, much less a country.

Love and Blessings, much more to come in this series!