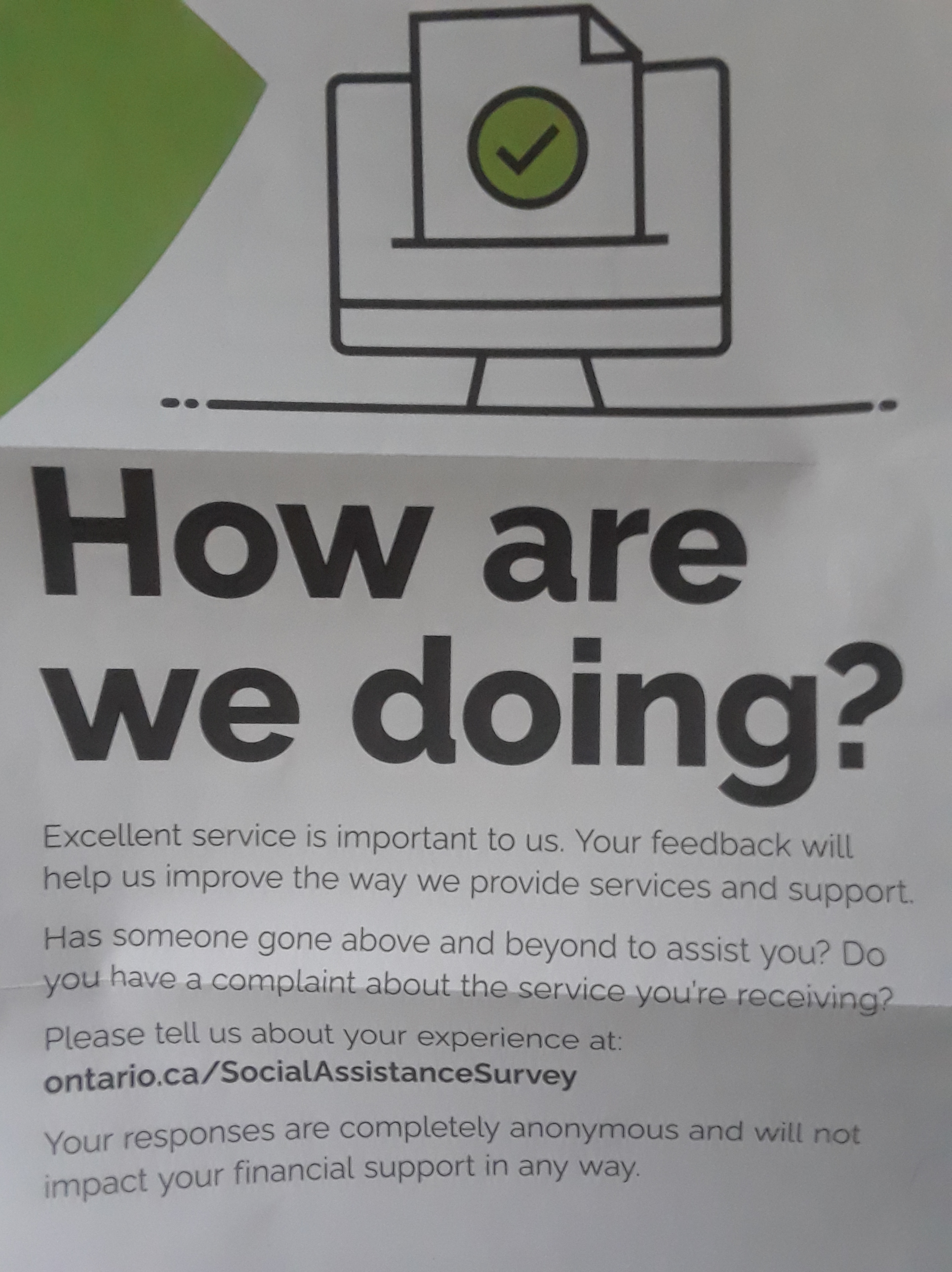 Hello every One and welcome to the Fabulous Free Lance Friday Edition of the Good News Journal, My most Favourite day for Writing. You are the Star of the Show, all the world is a Stage, and We all have an opportunity to Play Our Part – it’s really up to Us whether or not We choose to shine like the Star that We are. Thank King You for being here.

I’ve really got a Fabulous Edition for You today because I’ve been refining some of My end Game strategy and all of the Ideas came to Me while I was thing King about what I should Write about today. I try not to rant too much in My regular Posts because this is the Good News Journal but I allow My Self the Freedom to do so on Friday’s if I Wish. The new Ideas I have are so Good, I don’t have anything I Wish to rant about! And it all has to do with being the Star of the Show, which is the reason for the Title of this Fabulous Free Lance Friday Edit-Sean.

It’s not a coincidence that Freelance Writing is a particular Style of Writing that is Universally recognized. To re-cog-nize something is to shift a gear in the Mind of Man. A Lance is a type of Sword and they say the Pen is mightier than the Sword, maybe more like a Lance? ‘Sean’s’ Word also happens to be an ‘S’ word, or Sword. There are no coincidences, only the illusion of coincidence. When We remove the ‘BAR’ code from the $ Sign We are left with an S. Plenty of Stuff if We learn to Share? Probably just a coincidence… 😉

The wink isn’t satisfying enough, I still need to disclaim that if I am ever tall King about coincidence, I am always being sarcastic. Lots of Good ‘S’ Words isn’t there? What’s the first ‘S’ Word that comes to Your Mind? Good thing the world can’t hear Your answer?

So what’s the ‘Grand Plan’ for the climax of the Story? Well, We all need to lead by example, to #bethechange We dream to see in the world, to be the Star of the Show. This may sound silly to some but I really do have a very unique relay-Sean-Ship with what Man calls God in a Way that is difficult for others to comprehend. It’s something of an unfair advantage, really. Yet the irony is that My Story appears to be the polar opposite of that. It is that knowledge that has allowed Me to do the ‘crazy’ things that I do, it is that knowledge that allows Me to appreciate where I am now. Time and how are the only two things I don’t know with respect to how it all ‘Plays’ out. The endgame I know.

One day I know I’ll be as well known as Bill Gates, Elon Musk, Katy Perry… Whatever comes to Mind, really. That’s the real reason why I’m Hand Writing My last Letter. I know the Value of what I am doing. That’s the unfair advantage because it was something I knew when I arrived here. And when I say I knew, I mean that it was absolute. As a boy the Quest-Ion was never if, only how. I already knew what I came here to do and knew it would one day be done, I just didn’t know how. I Imagined all kinds of Ways until I ‘forgot’.

As the young boy Singing was the first Idea, then it was Singing or Acting. I almost made a go of Acting. My ride’s car broke down half Way to a very important ‘go see’ for what would have been a ‘real gig’ as a ‘guest’ Character on the tv show ‘Road to Avonlea’; it would have been for the full season but not necessarily every episode – True Story. People didn’t have phones in their cars back then either, so I couldn’t even call to let them know what happened. For a nineteen year old, the money would have been ridiculous; I took it as a Sign the Universe had other Plans.

One of the other reasons I Hand Write Letters is Honour it Self. The un-Writ ‘rule’ is that One should not only have a record to Show a document was received, One should also have a record of its contents. I Keep a ‘True Copy’ of all the Letters I’ve Hand Writ. I didn’t bother with registered mail for anything other than the original documents I filed with Canada’s government. The Intent is that the Letter Will captivate the receiver, that it Will be memorable, that the recipient Will know it took Time and Valuable consideration to Pen the Letter One is reading. The Spirit of the Letter is one of the purest Forms of Magic. Puns are always intended and never a coincidence.

The ‘Grand Idea’ is in the works and Part of the Universal design already. It is this Blog and My Story. All of it is a Living testimony (test of money) of the ‘facts’ concerning the declaration of My Trust with Canada’s government and their inability to respond to any of it appropriately or even acknowledge that what I am doing here is real, meaningful, Purpose Full, work. My Story begins with My Cestui Que Vie, (a personal, private declaration and Covenant I make with God) and continues with My [International] Public Declaration that Shows the world the Canadian government acknowledges My Trust in God. Every Post and Letter since then is a Living testimony of My efforts to resolve these Issues amicably.

The same is True with virtually every correspondence I have had with Canada’s government in hard copy. What I’m getting at is that this Truly is a Matter of International Affairs if the Canadian government doesn’t provide remedy. The Tweet I have embedded today is not a coincidence because the Covenant also specifically addresses how nations that have Signed the Covenant Will be dealt with if they fail to Honour it (by providing [judicial] remedy). My entire Blog including all the photos can be downloaded in seconds, saved, and copied multiple times and most importantly, it makes for a very short lawsuit as a Sworn Testimony of facts entered into the claim with an attached exhibition as ‘evidence of the crime’ in data format. The entire file can also be printed. I can also add a link to My Blog by adding it as an exhibit of evidence, Living Will and Testimony of facts. The whole world is bearing witness, the Grand Jury of My Peers.

But the most beautiful Part of this Story is that I Truly do not Wish to see any One go to jail – at least not any of the individuals I am Writing or tall King about with the exception perhaps of Bill Gates. His wife Melinda, too. But that’s all going to work out because he’s buying up all kinds of land and property everywhere, is amassing more wealth than anyone else on earth right now (most likely – top five for sure) and Will one day be exposed. That’s some One else’s mission for now, not Part of My Quest. But he Will be exposed for who he really is, that much I know and when he is, everything he owns Will be returned to the People he’s harmed and all his ‘wealth’ Will be seized for redistribution. My Words Manifest, now We just watch to see how. 😉

My ‘last’ Letter Will be My most powerful Magic because it Will be different from all the others before it. The Theme?

“For Give Me of My trespasses, as I for Give those who trespass upon Me.”

My Cestui Que Vie Trust and Covenant with God

I could easily quote every line and it Will be equally applicable because every Word of it is True, “Hallowed be My name,” is equally relevant. My Cestui Que Vie is also a work of Art, a work of Spiritual Science, True Magic, a Historical (His Story Call) document, and I am the custodian of the Genuine Article and probably the only person on this planet who knows its True Value.

To conclude, suspend disbelief for just long enough to believe I might be right about that, that I have in fact put two elements of Truth together that Magically dis-Spells an Illusion, the ‘mysterious fog’ (to reference Paulo Choelo’s, ‘The Alchemist’) that clouds Our Vision causing Us to lose Our Way finally begins to dissipate. DaVinci’s Code is cracked. Consider how much something like that might be worth. Then consider how much every Hand Writ Letter to an individual after that would be worth, or any portrait I’ve painted, even if it is shitty. Do You see why a Hand Writ Letter is so important? It’s intellectual property and nobody gets to determine its Value but Me. It is a Gift to receive a Hand Writ Letter, something a Man (of either sex) should cherish. It is only courteous to respond.

And now You know My ‘Grand Plan’. I’m going to lead by example and #Bethechange I Wish to see in the world by practicing what I preach and walking My talk. I Will share with You why the U.N. Covenant is so important and We Will learn how to gain remedy by knowing it well. My ‘legal’ Matters with Canada’s government are of International Public Interest and concern because it applies in all countries that have ratified the Covenant which includes most of the Common Wealth (if not all of the Common Wealth, I haven’t spent much time focusing on which other countries specifically this applies but the fact is, it is Universal by its very Nature because all Signatories are to promote and encourage other nation’s to Sign to ensure the protection of Man’s inherent rights.) We are all in God’s Kingdom, equal in dignity, rights and Value.

As a final thought on this already long Free Lance Friday, I thought today’s feature photo was particularly interesting – it arrived in the mail today. There are no coincidences in the Universe.

The world Will have that review to look forward to, too. Hope You are all having a Fabulous Friday!

More about the ‘Grand Plan’ in the Simple Saturday Edition tomorrow, so stay ‘Tuned’ into the Universe (One Song).