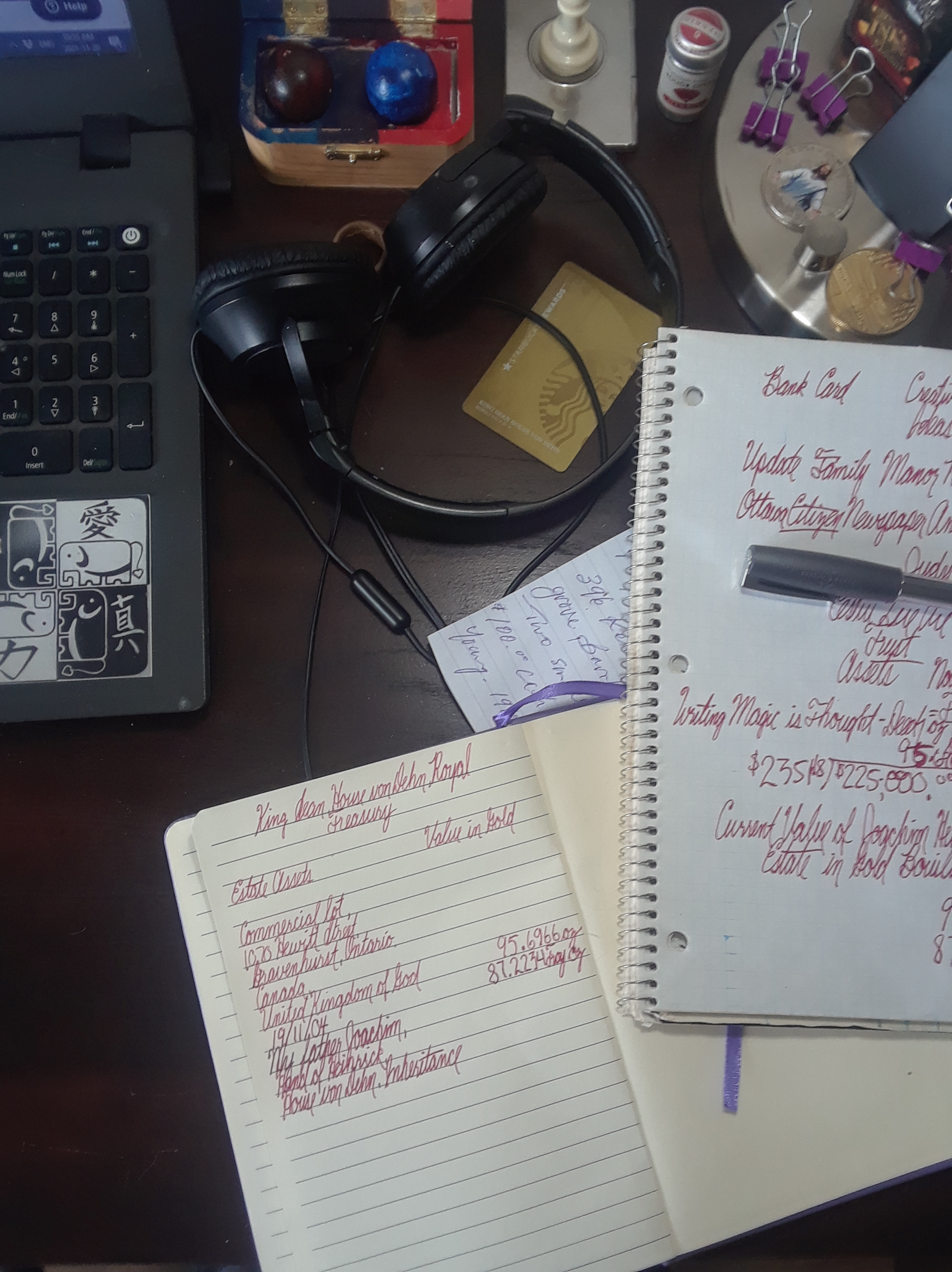 Hello every One and welcome to the Simple Solutions Saturday Edition of the Good News Journal, thank King or Queen You for being here, I am always Happy to have You in My House. Today’s Simple Solution is to pick up with Part II from what I was tall King about yesterday. No coincidences, a few hours after Writing the Free Lance Friday Edition, I received a Fabulous email from My Brother. I don’t really like to take pictures of My Self because Part of Me feels how I look is irrelevant, yet My Brother Sends Me all kinds of beautiful photos of his family for which I am so Grateful, that I felt My niece and nephews should at least know what their uncle looks like. I figured it might not be a bad Idea to let My Brother know how I look, too because I’d never been able to grow a beard until a couple of years ago and now that I have one, some People who knew Me quite well Will have converse a Sean’s with Me and don’t even recognize Me!

So My Brother Sent the most Magical Gift of an email last night, another Gift from God thank King Me for Writing such a Fabulous Post for My Free Lance Friday Edition. In the email, My Brother is thank King Me for the photo and telling Me he Showed it to My niece and nephews, and that My first nephew said to him, “He looks like a Wizard!!!”.

My Brother says he replied with, “Maybe he is!!!”.

There are no coincidences in the Universe, only the Illusion of coincidence. Everything is the Voice of God, it is ‘be King’ (speaking) to Us all the time.

So I felt that was a rather Serendipitous Sign to start this Simple Saturday Edition and Show You how easy it is to listen to that Voice when We are Tuned into the Universe all (Uni-Verse=One Song) Harmony after tall King about how I am in fact a Master Magician of un pre-Sent Pro portions (enough for every One, My Trust has more wealth than the assets of Elon Musk, Jeff Bezos, Bill Gates and Mark Zuckerberg combined). I know that may be hard to believe, but its True.

Of the fore mentioned Men, only Elon Musk has as much True wealth as I do. What does that mean? Well, if the banks were to recall every dollar in circulation tomorrow, technically those four wealthy People would be entirely bankrupt. Remember, not a single dollar in circulation belongs to the People holding them, they are promissory notes (promise to pay) the property of the bank that Issued (Is-You’d=is Sued.) them. Elon Musk has real wealth because he has Great Ideas. One could take every dollar from Elon Musk today, and Elon Must would simply start Creating whatever the world needs for tomorrow; needs are always in demand. The rest must fabricate demand to make their products seem Valuable.

Elon Musk also has his intellectual property, which is priceless. No One has a Mind like Elon Musk, it is a Gift from God to the world and One I believe Elon Musk genuinely Wishes to share and One We should be Grate-Full to receive. He didn’t come here for debt notes, he came here to help Man’s kind. I would not be able to accomplish the things I Will One day accomplish if not for the Minds of Men like Elon Musk. He Will be Instrumental on the world Stage for as long as he is Living. I know a lot of People are thing King he’s evil with some kind of nefarious intent-Ion with his neuro-link technology and all, but My Intuit-Ion says otherwise, and it’s My Intuition I Trust most and what makes Me such a Master Magician.

Did You know that a single ounce of Gold is sufficient to pay any amount of debt? The same is True of silver. Why? Because Man’s legal fiction (the same one that Created the Word marijuana and made it illegal while Cannabis remained entirely Lawful) determined in their fiction that Gold and Silver are precious metals that have real, True, Value.

This is why Real Estate is popular as an investment because it is also determined to have real Value in Man’s fiction. A dollar has no real Value, its buying Power changes every day. But as the Value of the dollar goes down, the price of real estate goes up, the price of Gold goes up, and the price of Silver Will also go up (there are other precious metals and gems (diamonds, for example) but Gold and Silver are sufficient for My purposes as an example).

Merovitz Potechin and the Canadian National Bank did not Wish to accept the Coin of My realm I printed for them to discharge My father’s outstanding debt, but how much is the Energy of My Life worth? How much intellectual property (of real Value) do I have the potential to Create? The longer Merovitz Potechin waits to accept the Gift I have Given them, the less the buying power of the amount they were as King of Me for. The Value of My real Estate never changes – as the buying power of the Canadian dollar decreases, the relative Value of My father’s Estate increases. So the Value of My father’s estate can never be measured in Canadian dollars (fiction), it must be compared to something similar, something of real Value.

Again, this is just one of so many things I was thing King about after taking just a couple of puffs of Cannabis. Initially, when I had said to Noah that I believe the Value of My father’s estate to be worth at least $150,000.00 to $200,000.00 CA, he seemed to suggest that I was claiming it to be worth more than it is, and was as King of Me to ‘prove’ its Value to him.

I told him quite frankly that I have not had the land officially appraised, I only know its Value to Me as the rightful heir, and what the Court application filed by sister was claiming it to be worth in Canadian dollars. I also know that generally the amount estimated on the application Will be modest unless an official appraisal has been done because it is anticipated that the Value of the Estate Will be ‘Quest-Ion’d’ if the Claim seems exaggerated. It seemed logical to Me that it Will be worth at least $150.000.00 relative to the market at the time of the application, and probably considerably more, especially if that amount had not been disputed by Noah Potechin or his client, Canadian National Bank. In fact, I’m pretty sure I told My Brother I believe the property was probably worth at least $225,000.00 even in their fiction and as dilapidated as I knew the property to be, and was as King of him his opinion (he’s a real estate agent but not familiar enough with the Gravenhurst market to say without an appraisal).

A ‘real’ estate agent unlawfully placed the property on the market for $225,000.00 before I emailed her to let her know she Will be liable to Me in the amount she is as King of for My father’s House. The listing was removed from the MLS (Mortgage Listing System) almost immediately (by the time I checked again the following morning), though there was no reply to My Notice, and no rebuttal to My Supreme Claim of Right upon what she was unlawfully trying to sell. (I also advised her that Merovitz Potechin Will also be guilty of the crime of extorsion, rather than just the threat of extorsion, and I Will file criminal charges against him.)

So now We know for sure that the Canadian National Bank and Canada’s mortgage listing system perceive the Value of My inheritance to be worth $225,000.00 CA, which is equal to 95.6966 ounces of Gold, or 87.2235 Troy ounces [of Gold Bull-ion] (how many are ta-King the ‘bull’ Ion by the horns?). So now We know how much My father’s estate is Truly worth, and I Will agree with that assessment and a ‘Praise all’ to God for finally helping Me to clearly Establish the True Value of My rightful inheritance. It Will also never change, so I placed 95.6966 ounces of Gold into My Cestui Que Vie Trust by listing it as an asset House von Dehn is Holding [in God’s Trust] in the back of My [private] Manor Roll (featured photo).

My Life also has unlimited commercial Value, My physical body is the ‘real’ Estate (the land, My Sovereign Nation), and the [genuine article] Cestui Que Vie is a Title Deed to My Life, Showing that I am the legal and lawful executor of My Trust in God, and its unlimited commercial Value in Man’s commercial fiction. Again, an ounce of Gold is sufficient to satisfy any debt. Real wealth can be exchanged for any fictional Value. If I were to offer Noah one tenth of an ounce of Gold or a sliver of Silver in exchange for the debt he is as King of Me for, he would be wise to accept it.

If You click on the picture above, You Will see some of the things I have Writ on My list that I was thing King about last night. The private von Dehn Manor Roll has been updated but the International Public Record has not, and I still have those emails to the real estate agent and My correspondences with the Ministry of the Attorney General regarding this Matter to add to that Page. I’m in no rush because at this time, no One has rebut My Superior Claim of Right upon My father’s Estate, which is equivalent to a Title Deed (a Deed is an Act, and a Claim of Right is a Declaration, an undisputed Declaration on the Public Record is an Established fact in Common Law, so the Claim of Right becomes a Deed to the Claim).

Yes, this is all relevant to My legal verses Lawful and marijuana Versus Cannabis Title because the knowledge You are receiving was inspired by God’s green Gift.

Love and Blessings, still more to come on this!!!