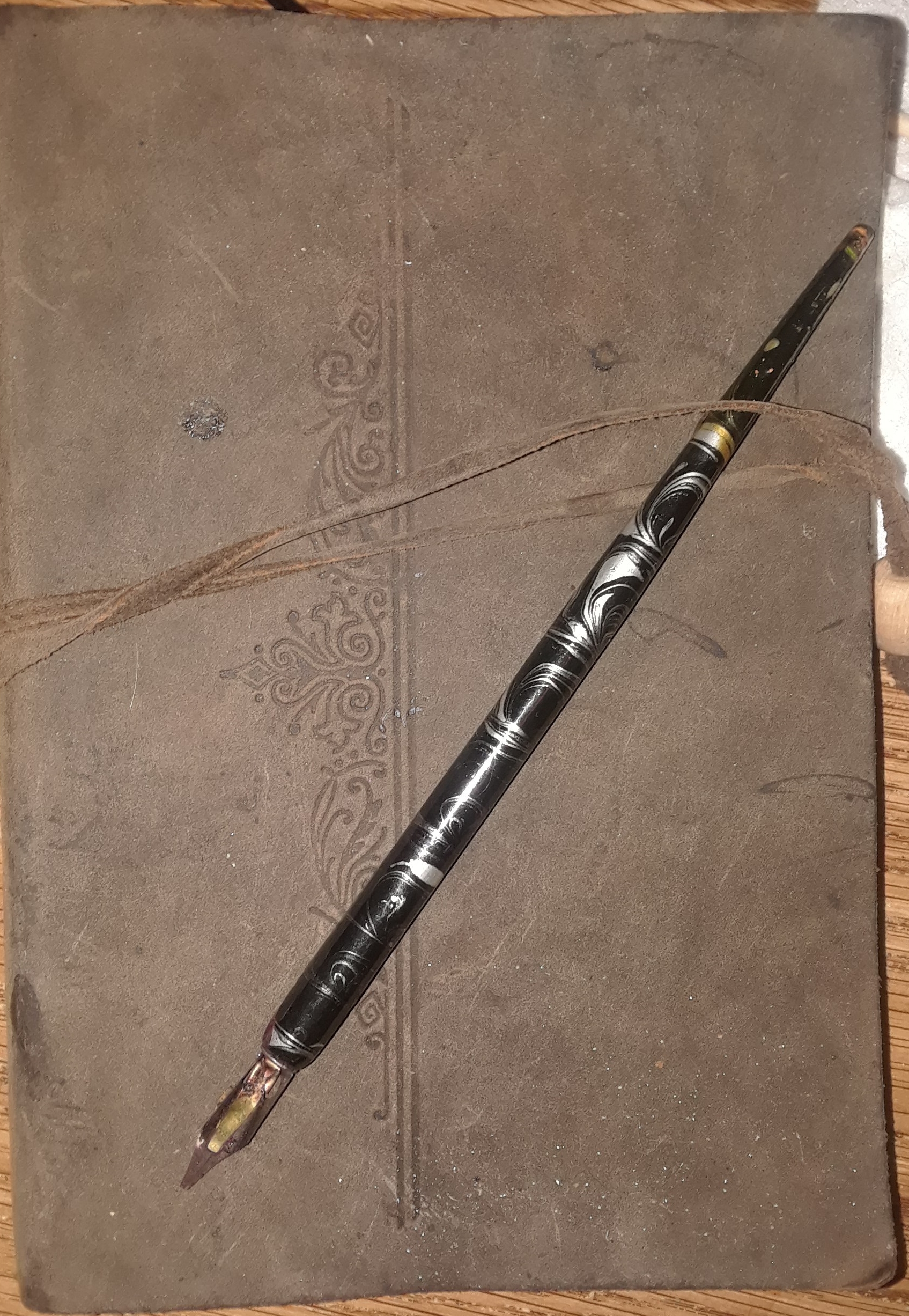 Hello every One, welcome to the Magic of the Witches, Wizards and Warlocks Wednesday Edition, thank King You for joining Me.  As the Title of this Post would suggest, I received a new email on Tuesday from Orsi Vancsody, case worker for the Ministry of Community and Social Services [via Ontario Works] and the News was Good.  Not perfect, but an improvement over previous correspondence.

If You have been following along with the Last Chapter, You Will know that I made a request for special dietary allowance in addition to as King one last time for the Ministry to Honour My paperwork and dissolve the Trust.  No Word on the dissolution of the Trust, but the first email in My inbox was titled ‘Covid’, so I wasn’t really sure what to expect.  As it turns out, a $100 ‘Covid’ benefit has been extended for the months of May, June and July.  That’s Good News for Me because I can use the additional coin until I am able to fully administrate My own wealth, and I Will receive the May and June benefit likely by Friday.  I am guessing that if the email was sent out today, the check is probably being issued and mailed today, too.  Typically, I receive $465. per month, hardly enough to Live on, so the extra $200 Will be something to look forward to on Friday.  But there’s more Good News!

After reading the email, I couldn’t help but Wonder what might be going on with My request for medical dietary allowance and was considering a follow up email.  However, roughly ten minutes later, I received another email from Orsi telling Me that part of the dietary allowance I requested has been Issued for the next six months, as a doctor or nurse’s signature is not required due to Covid.  I Wish I knew exactly when these new directives were Issued because it seems a little strange to Me that now I don’t require a doctor’s note due to Covid when they were so insistent on this condition earlier this month.  It also seems strange to Me because Anne Charette said that a digital form was available for Me to send to a doctor without having to go in person, eliminating the ‘risk’ of having to leave the house for an appointment.  Is that option no longer available?  I doubt it very much.

One thing I should mention to My audience, is that until the Trust is officially dissolved and Canada has recognized My right to administrate My own wealth, I doubt very much any One receiving My documents is going to let Me know they are making exceptions.  I can’t say for sure that they are making exceptions for Me, but I did Sign as My own doctor for medical travel allowance with a promise the benefit would never be revoked (generally, the doctor has to indicate how long the travel allowance Will be required, it was immediately Given to Me indefinitely).  And when I say immediately, I Signed the form and was asked to come back in an hour to pick up the check (and offered bus tickets to leave and return).  I know this is somewhat exceptional because I have Friends who were denied the travel benefit from their doctor and when I told My Friend what I did to get mine, his response was, “Yeah, bro, but I’m not a King, they’re not going to do that for Me!”.

King or not, that status has not been officially Honoured by the Canadian government, though ‘little’ details like this suggest that someone somewhere might be taking Me seriously.  Unfortunately, Orsi did stipulate that the special dietary allowance can only be issued for six months due to Covid, and I Will have to have the form Signed by a doctor if I Wish to see the benefits continue beyond six months.  I am hoping by then I Will not require the special dietary allowance, as I should be administrating My own wealth by then.  Please do Keep in Mind that one of the reasons I have no reservations, guilt or shame in taking social benefits, is because the wealth Canada is administrating to Me is mine!!!  It would not exist without the wealth of My Life, and Canada’s government is taking a much larger portion of whatever they borrowed than what they are returning to Me in ‘benefits’.  It’s not a benefit, it’s theft.  It’s only a benefit if they are administrating My wealth as a consensual citizen of Canada who has by tacit or Willful agreement, determined that Canada can govern My Life and resources.  That consent was revoked more than three years ago now, Canada is in default and technically committing fraud – that’s why I filed a complaint for fraud with Revenue Canada.

The really Good News, is that the dietary allowance is considerably more than I anticipated it would be; I was thing King it would be sixty to one hundred dollars maximum.  Only One of the five provisions I requested was Honoured, and the benefit is $191 a month.  So, altogether I Will receive almost $400 extra income this month, and roughly $650 per month (total income) for the next six months, plus an extra $100 for July’s ‘Covid’ benefit.  Trust Me, that makes a big difference for a guy with only a bed, coffee table and a chair for furniture.

So this is somewhat exciting news for Me because whether it’s true or not, I feel like the government is trying to do what it can to Keep Me ‘happy’ without allowing Me to believe I have any influence over why I am being granted what I am as King them for.  Both Orsi and her team lead Anne Charette were adamant about Me having the form for special diet signed by a doctor at the beginning of this month.  Did a new policy come out that allows them to waive the requirement, or are they just hoping this Will Keep Me quiet for the next six months while they figure out what to do?  Really, Canada is backing itself into a corner more and more with every day that passes, they can’t hope to refuse to address My Issues forever, determined as they might be to try.

I did advise Orsi again that I Will not be taking the forms to a doctor now, or in six months because I am not required to; I am the health authority of My Kingdom.  I don’t expect I Will hear a reply, but it is important to always dispute presumptions and orders.  If I had replied, “Thank You, that’s great!”, or something similar, I would have been consenting to the requirement to have a doctor Sign the form later in the year.  Oh, and the benefit I’m receiving for special dietary allowance also doesn’t exist on the form!  I had to Write it in My Self.  There was a category for ‘unintentional weight loss’ with a list of conditions warranting the benefit (examples I remember are anorexia and bulimia).  I made My own ‘box’ to check and Writ beside it ‘hyper metabolic rate’.  I was issued the benefit for unintentional weight loss, I was not Honoured the benefit for chronic injury (dental).  The form implied that I could potentially receive up to five benefits for dietary allowance, but perhaps only the benefit of greatest value is Honoured.  The other three dietary allowance benefits I requested, were as preventative measures to avoid the conditions the benefit presumably heals.

A couple of other details worthy of mention is that I wasn’t sure if Orsi had even received the medical form because I didn’t affix any postage to the envelope before sending, just My thumbprint and ‘On Her Majesty’s Service’.  That was the week My phone charger crashed, so I wasn’t able to photograph.  Technically, it should not have been delivered unless I am recognized as an authorized representative of Her Majesty.  Again, difficult to say what’s going on there; perhaps the post office sees ‘On Her Majesty’s Service’ so infrequently they do not Wish to Quest-Ion whether or not to Honour it.  If they don’t, it should be returned to Me.  This is the third time I have used this method to send Letters free of charge to recipients that are not automatically paid for by government (a list of all government personnel One can Write free of postage are listed on the Government of Canada website).

Finally, I am also somewhat excited because I have not heard back from Ottawa Hydro or Revenue Canada yet.  There is no reason it should be taking hydro two weeks to respond to a simple Quest-Ion regarding My bill payment – and I have filed two online complaints now, still no Word.  That is suspicious.  Frankly, I am thing King they know damn well how a bill of exchange works, they just don’t Wish for Me to pay that Way.  If it were just a private corporation, I would not necessarily expect them to know, the bills of exchange act is probably more for banks than private companies.  Because hydro is government owned, I am confident they know what I’m doing is perfectly lawful, they just don’t Wish to reveal the ‘tricks of the trade’ to Common Man…  And yet, I am not sure what they can do to stop Me, and I am thing King that is the reason for the delay.

Like I said, Canada is running out of time.  The longer these agents of the Trust wait to Honour My Orders, the worse it Will look for them in the end, the more Honourable I am for My patience.  Truthfully, I do NOT Wish to have to file paperwork into courts to sue anyone.

“Forgive Me of My trespasses, as I forgive others who have trespassed upon Me” – My Cestui Que Vie (Covenant with God)

The main reason I don’t Wish to bring these Matters before a court is because I understand how serious the charges against all these individuals are and I sincerely have no intent to destroy any Man’s Life – not even the police officers who have assaulted Me, I am not a vengeful Man.  These People could go to prison, and potentially for a long time.  As far as compensation is concerned (which is the main reason Friends of mine suggest I should just go ahead and bring these Matters before a court), I don’t need any, no amount of money Will undo what has been done.  The only remedy I seek, is for the government of Canada to Honour My international right of self determination, and to stop interfering with My right to administrate My own wealth.

Well, I hope this Wednesday is as Magical for all My fellow Witches, Wizards and Warlocks, Happy ‘Lucky’ Wednesday.