Well, Good Sunday afternoon everyone.  I guess My next big day Will be April 5th when I finally have a chance to Present My paperwork to a court Judge or Justice.  Shawn St. Pierre, Hotel Coordinator for Chateau Fairmont has refused to Honour My request for asylum On Her Majesty’s Service and the server did not comment as to whether or not the Hotel Honours the Crown and/or the Queen, Her Grace, Glory and Majesty Elizabeth II. 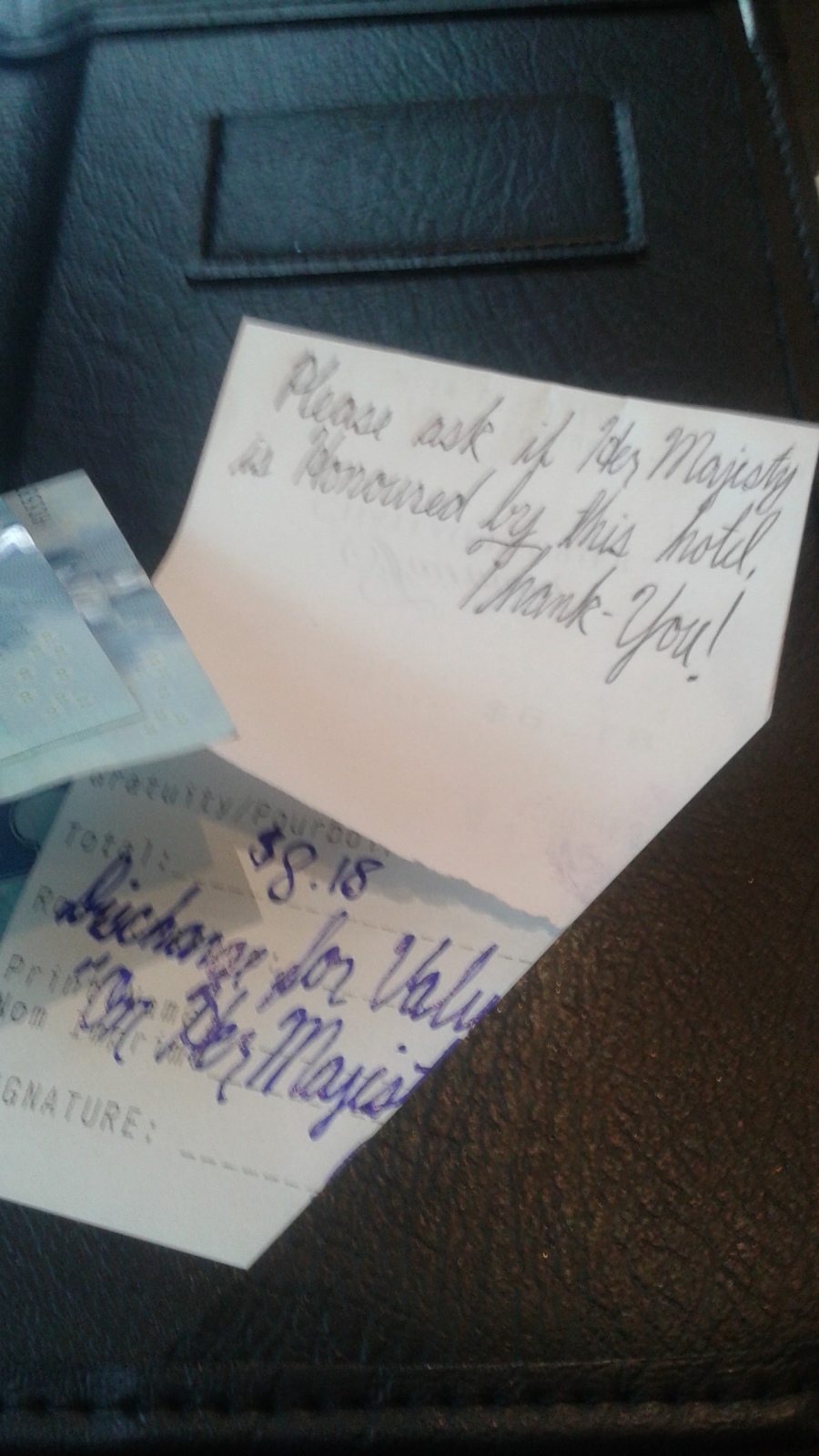 I wasn’t really sure how much a coffee would cost at a five star hotel.  Answer?  $6.78, but that gets You a mini pot of coffee so its really not that ridiculous, though I’m guessing refills aren’t free and this is how the restaurant managed to get around that.  Why charge $2 for a coffee You Will refill three times when You can just charge $7.00 for a pot and let the guest refill themselves?  Somebody is thing King for profit.

In the event that the Letter is hard to read, I Present You with each page in Order.

After Shawn St. Pierre refused Me, I as King of him to Sign the Letter to show that the Hotel had received My request and he obliged Me.  This Will be one more Act to evidence My Deeds in a court of law on Thursday, April 5th.  Truth be told, I am more excited about having My day in court than I have been about anything in My Life previous to this.  Over the next four days, I Will be preparing My Letter for the Judge or Justice on April 5.

Ah, the Wonders of Living in exile… 😉