Hello every One, and welcome to the Thursday Thing King Edition, thank King You for being here.  I am expecting mail so I make sure to check every day, but I was not expecting to receive this! 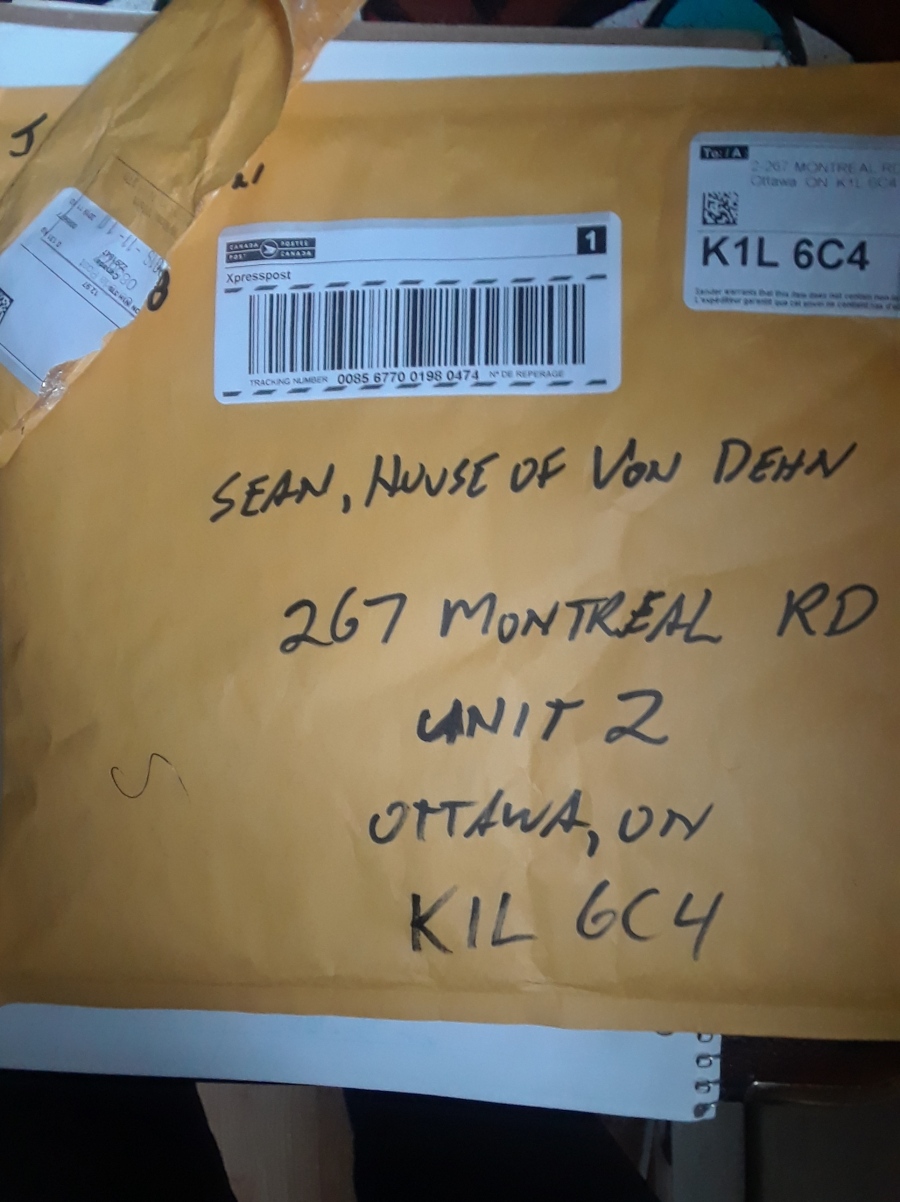 I do not get a chance to chat with My Friend as much as I Wish, but it was wonderful to receive this thought full gift.

It’s a soapstone pipe, in case You are wondering, though this pipe Will be kept exclusively for ornamental and sentimental Value.  I Blessed it with a pinch of Mary Jane to Honour the Gift, otherwise it’s too Sacred to sully.  My Friend included another Sacred symbol, too, though I’m not sure if it was intentional or not.

A spiral is an ancient symbol for a fingerprint, which I thought was appropriate considering I am known for the use of My Thumb-Print Seal.  Not only is Josh My best Friend from roughly thirteen years of age until now, he is also My Virtual polar opposite, which is probably why Our Friend Ship works so well.  He is the antagonist to optimism, though he would probably say he is practical, rather than doubtful; realistic, rather than dreamy.  But it is wonderful for Me because he Will challenge virtually every Idea that I have, which is Good for Me and allows Me to view a perspective I would not otherwise have considered.

At the same time, he is also very encouraging.  For the most part, he does believe We can do almost anything We put Our Mind to…  He feels world peace and being a King might be a little on the ambitious side, yet he genuinely understands why I believe it’s possible and appreciates My sense of adventure.  He’s a responsible, Fabulous Father and full time Family Man, which is primarily why We don’t spend a whole lot of time together.  I’m the adventurer.  So I go off on adventures and leave My Friend to tend to his Family so I can one day return with exciting stories to tell.  I’ve got some Good ones for him this time.

However, as I mentioned, My Friend is something of the skeptic, so although he had messaged to request My address, he wasn’t convinced I Will receive the package if it reads ‘King’ or ‘Lord’ Sean, et cetera.  I assured him I Will receive it, and I promised to Write him a Letter in return, Honouring his Land and House the same Way.

When I saw the front of the envelope, “Sean, House of von Dehn” with only the address underneath, I couldn’t help but smile because even that is such a subtle reflection of My Friend’s Character, so ‘Josh’.  And I mean that with the utmost affection.  Not quite Trusting that it Will get here if he Writes the full address, but Trusting enough to warm up to the Idea with ‘House of’. 😉

Josh was there when I was getting beat up on the first day of school in grade eight, he knew Me at My pique of physical fitness (and was also My training partner for at least a year, probably longer), and he was one of the first Friends to know of My awakening.  He has known I’ve been Claiming We are all Kings and Queens, Gods and Goddesses for over ten years.  So what I’m doing now is really no more radical to Josh than anything else I’ve done with My Life, and probably not really much of a surprise.

I also had less than 500 followers last time I saw Josh, but told him I believed I would soon have 5,000 or more.  Today, I get to repay My Friend by sharing his Gift with over 10,000 followers through My social media network.  My Friend does Love to Carve, and he has some amazing Creations.

Still no Word from either of the defendants, ten days left to respond.  It’s one of the reasons I haven’t been Writing as much as I feel I Will have plenty to say when I get a reply, though I really was expecting to have received one by now.  I’m sure I received a reply from the city in less than a week when I filed My application to the Divisional Court, so I was anticipating about the same.

Despite having had extra time to be thing King about it, I still have no Idea what to expect in the Way of defence.  I know the last thing lawyers Will Wish for their clients to do is make any kind of admission, but I am thing King if they don’t it Will only make things worse.  There is so much proof that denying the allegations are likely to just make the defendants appear even more dis-Honourable for failing to take accountability for their Act-Ions.  It would also mean that additional documents can be requested, and I already know what documents I Will be as King of the Salvation Army and city of Ottawa for, and it Will not be helpful for them.

Confessing, offering an apology and challenging the amount might be a reasonable strategy, though I was unlawfully arrested, assaulted causing bodily harm (fractured rib), and imprisoned for eight hours, too – so combined with all the other harm that was done to Me by the Salvation Army, as King for a reduced amount may be perceived as further attempt to undermine My Value and the harm that was done to Me.  I was also already as King of them for considerably less if they agreed to apologize and remedy Issues Presented in My ‘Alternate Resolution Proposal’, so that Ship Will have already saled (sold out).

Anyway, tomorrow is Fabulous Friday, and the most popular day of the week for serving papers, so We Will see what tomorrow Will bring.

For now, I Wish to thank My Friend, Lord Joshua, House of Stevens for his wonderful gesture, and for being such a Fabulous Friend for all of these years.