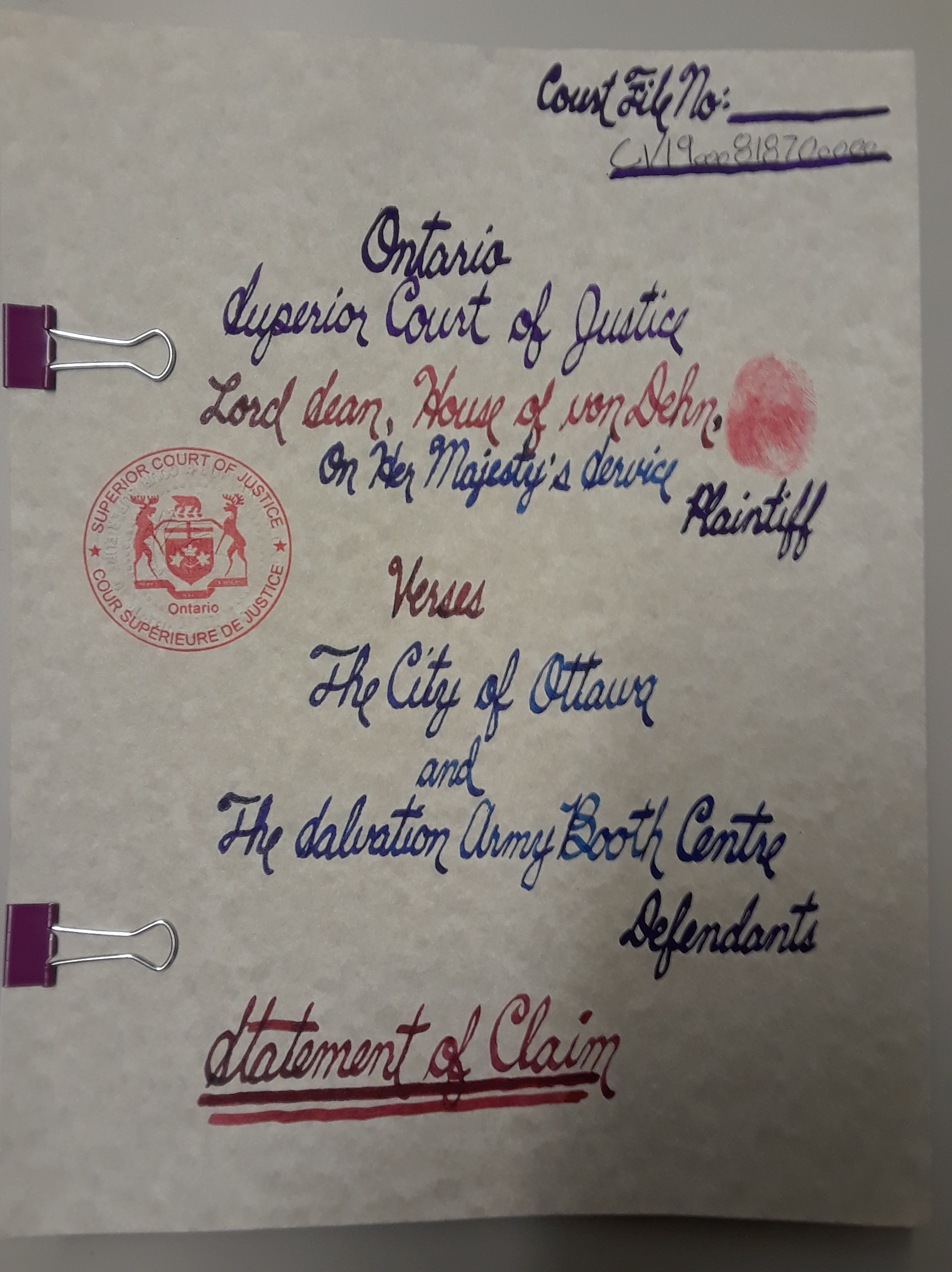 Hello every One, welcome to the Witches, Wizards and Warlocks Wednesday Edition, thank King You for being here.  Although this Will probably be the last time I feature this photo in a regular Post, the Magic of the Spell was further amplified today by filing the Affidavit of Service with the Court.

In My Microcosm, virtually every Spell (Letter) I have ever Cast (like a fishing line into Commercial Admiralty waters) into Man’s Macrocosm has been read since I filed My Statement of Claim on Monday.  Having a Blog is very interesting for that reason, as statistics become a reflection of a wave of consciousness rippling through the Universe.  Who but My adversaries in law Will be interested in downloading pdf’s of Letters I’ve sent to Canada’s elected officials?  The occasional individual from time to time for the sake of interest, sure – but when all or most of My documents are downloaded in a single day, that’s research.  It is quite an unusual feeling to be the topic of One’s research, perhaps even more so when One cannot know for sure whom it is doing the research.

I mention this because this is why Words are Magic, why Words have so much Power.  I can’t know what individuals may have been thing King when they first received My Letters, all I know is that most recipients didn’t respond.  Maybe they didn’t know how to respond, maybe they thought they were funny.  But ignoring the Letters, to be ignorant of a Letter, does not make it go away, it does not negate or dispel the duties of the recipient.  In fact, the exact opposite happens.  It penetrates consciousness, then festers like an infection until it is dealt with; the longer it is left unattended, the greater the infection becomes.

My Letter to MP Lloyd Longfield has been getting a lot of attention lately and is well worth the read, especially for those who may Wish to understand why so much of My recent Writing takes on such a ‘candid’ tone.  I was very clear about what I Wished for the government of Canada to do, and nothing I was as King of them to do is beyond what any One should expect One to do in any Just and Honourable society.  I am Standing in Honour, and each of these Letters is an example of a Canadian elected official who is not Standing in Honour.  I feel it is also worth mentioning that My first two unpublished, private emails to Lloyd Longfield were very Friendly, explaining that I didn’t expect him to know the answers to My Quest-Ions directly, but to please direct Me to someone who can or address the Issues in the House of Commons as Guelph’s representative.  He failed to respond to either of My two emails, so I was running out of patience when I sent the Letter Published here.

My approach to Justice is not fancy or complicated.  It is alleged that in Canada, any concerns a citizen may have can be expressed to One’s elected representative – who Will then respond to the citizen to address the concern.  As a ‘Common Man’, I’m not expected to know everything about the ins and outs of government or how all of these commercial contracts are established, but it is reasonable for Me to presume that those elected to perform those duties for Canada’s People Will, or at the very least know how to get in contact with someone who does.  Lloyd Longfield may or may not know how to respond to My email, but failing to respond is not an option for an elected official.  Although this is technically True in every case, it is especially True when the subject matter deals with such serious issues.  It is not a coincidence that Sending Letters to elected officials in Canada is postage paid; the People have a Duty in a Constitutional Democratic Monarchy to actively participate in government by expressing their concerns and Ideas in Writing.

I Wonder sometimes if they still teach children how Canada’s Justice system works and the role of politicians.  I learnt about the duty of elected officials to respond to the People in grade six when all the children in class were required to Write an elected official a Letter about anything they Wished.  To the best of My memory, every One got a reply, even if only a single sentence, some got full page letters.

A lawyer on YouTube I like to watch sometimes said that lawyers Love to Serve on Friday’s.  Why?  Because it’s the best Way to ruin a weekend!  Seriously, that’s what he said, and he wasn’t joking.  It’s a True, psychological tactic lawyers like to use to get under their adversary’s skin.  So I Imagine I Will receive something on a Friday, though I’m not sure if it Will be this one or next.

The other reason I mentioned these ‘Old’ Spells, Letters that were Writ and Cast long ago, is because I have also kept meticulously detailed records of every Deed I have Done.  The Original Spells are still with Me, so to speak; a “Master Volume” containing all Letters Writ in chronological Order.  No problem at all for Me to haul them into Court with Me if necessary.

The only reason a Man is compelled to use today’s Courts, is because One Acts dis-Honourably in the Common Law Jurisdiction.  Not responding to a Letter is an Act of dis-Honour.  If One doesn’t respond to a Claim filed into a court within the twenty day time limit, a default judgment is awarded to the plaintiff.  This is nothing more than a reflection of what One should do when they receive a Letter of any kind in the mail – respond within twenty days.  If One doesn’t do that, especially an elected official who is being given information concerning potential trespasses upon the People’s best national interests, One can use that exact same Letter to begin a Statement of Claim, compelling the individual to respond – that is what a True [Common Law] court is for, there does not need to be a price tag associated with Justice, there needs to be accountability for wrong-doing.  A Letter from a Justice reminding an elected official that failing to respond to Letters of concern from the People is a breach of public Trust that could and Will cost them their seat in office, would go a long way to making elected officials more accountable to the People.

Unfortunately, if there were no dollar value in the Statement of Claim, it would not have been accepted.  The dollar amount was a specific detail the registrar/clerk was looking for and One can only file into the (regular) Superior Court if the Claim is greater than $35,000., and that’s a new figure someone told Me just yesterday that I haven’t verified, it used to be anything over $25,000.  Anything less is still technically the Superior Court, but it would be ‘small claims’ court.

I’m rambling a little, still excited, I guess.  But all the Magic of those seemingly meaningless Letters Will re-Deem their Power in Court.