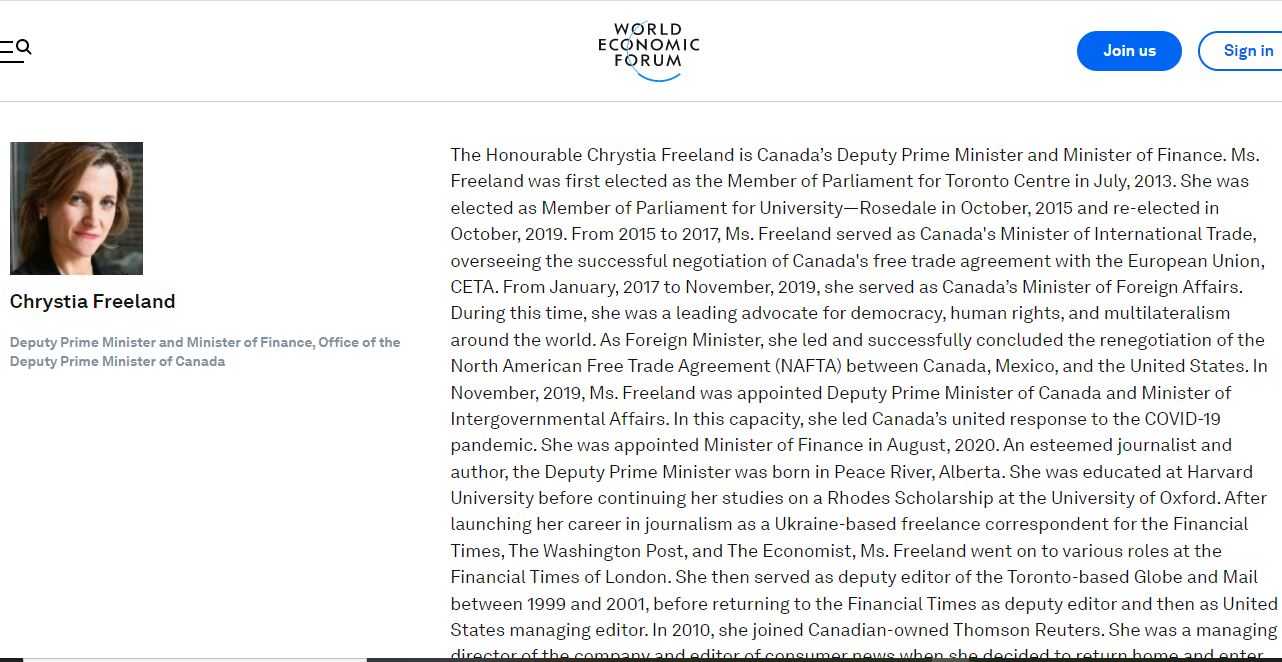 I tell You, it’s all too easy to prove that Canada’s government has in Deed been infiltrated by foreign interests at the World Economic Forum. Keep in Mind, the World Economic Forum is just a Foundation Created for the elite to control Sovereign People of nations across the globe for their own financial and economic interests (the name says it all, really). These are the false profits (capitalist authoritarians) the Bible warned Us about. Let Me introduce Canada’s deputy Prime Minister who is a Trustee for the Foundation.

This is referred to as ‘hiding in plain sight’. This is a conflict of interest for Canada and an Act of Treason infiltrating Canada’s Sovereign Constitutional Democratic Monarchy.

More than half of Canada’s House of Commons are serving the World Economic Forum and they all need to be exposed, removed, and tried for treason against Canada’s People. This is no different than having a spy from a foreign nation in Canada’s House of Commons – the ONLY difference is that they represent a foreign organization, rather than a nation. Do not make any mistake about it, this is treason by definition.