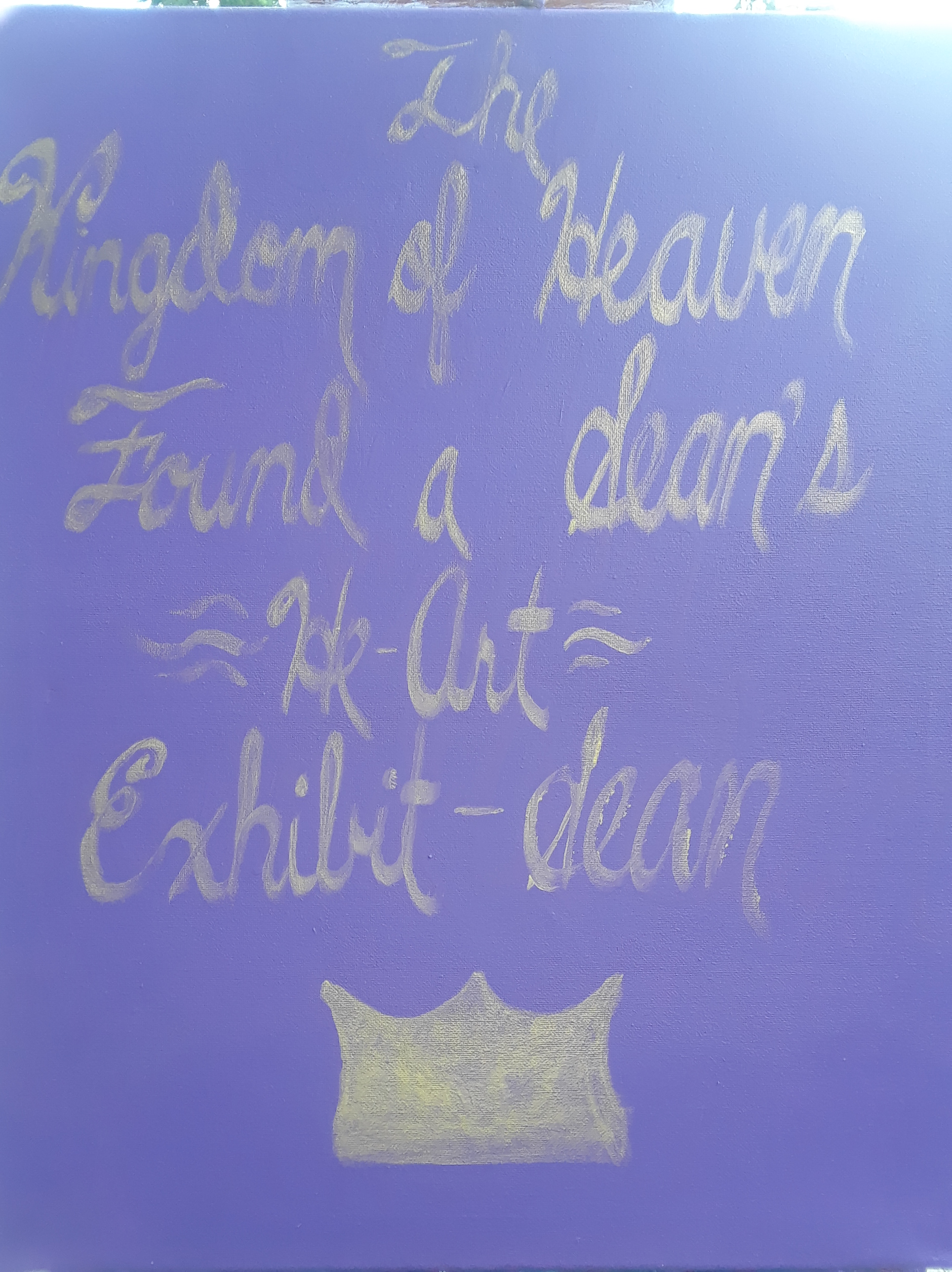 Hello every One, and welcome to the Thoroughly Thrilling Thing King Edition, thank King or Queen You for joining Me, it is always a Pleasure to have You in My House, and I have an especially Thrilling Thursday Thing King Edition for You in Deed! Yes, there was a new Act by one of the Respondents. The reason this is exciting is because You Will get to see yet another attempt by My sister’s lawyer’s lawyer, to intimidate Me. You Will also find out why I am as King the Quest-Ion, ‘A Lawyer Lawyer’s Down?’. As far as I’m concerned, it’s a pathetic Statement of Defense, as much as it attempts to intimidate.

I was correct on at least one of My presumptions, and that is that I am expecting both My sister and her [previous] lawyer, Hala Tabl to say something like, ‘We deny all allegations (blah, blah, blah)’, or, that they would not deny any points and claim they are not liable instead. They are denying all allegations, suggesting that Hala has no legal and lawful obligation (as a lawyer) to provide Me with full disclosure of any legal or lawful action they Wish to take with the Court regarding My father’s Estate, or to [fully] disclose the Estate assets to Me, provide Me with a copy of the application before as King of Me to consent to it, or be Truthful with Me about what is going on with the Estate in any Way, shape or form (puns always intended).

Even better, in their Statement of Defense, they Give Me numerous other reasons Hala Tabl is very much liable to Me, including violating more Rules of Civil Procedure!!! We know for sure now that the service of an application for Certificate of Appointment of Estate Trustee served upon Me on March 24th was never filed with the Court and was only sent with intent to deceive Me – there was no intent to file it with the Court whatsoever. Allegedly, they had My ‘Notice of Objection’ vacated by Dis-Honourable Justice, Castillo. Looks like I Will have to place another Superior Court Justice on Notice of Breach of Trust, abdication of Oath and interfering with Justice and the Rule of Law? Why? Because Rule 1.09 states that no One may contact the Court or any representative of the Court regarding any litigation without the prior consent of all parties. How do I know that Hala Tabl and the Law Society are in even more trouble now than they were before? Because both Tala and the Law Society insisted that Hala was not lying to Me, and that she did file an application with the Court for Certificate of Appointment of Estate Trustee, and that the Endorsement by Susan J. Woodley made two years previous to an entirely different application with entirely different assets and information, is legally binding on an Application that was never filed with the Court.

And how do We know they are criminals violating and perverting the Rule of Law? Because Canada’s Courts do not allow for ‘ambush’ litigation. Hala Tabl could not request for My objection to the application to be vacated unless the Notice of Objection was filed with the Court! It was not filed with the Court because the Court confirmed there was no application for Certificate of Appointment of Estate Trustee filed with the Court on March 24th, and that was the reason. My sister and her lawyer lied, did not withdraw their (previous) application (though My sister swore to Me that she did even though I could still see it listed in the online portal), so they were not even able to make an application to the Court on March 24th, 2022, because they already had one filed that they did not withdraw, despite (lying to Me again) and telling Me they did. How can I know all of this?

NOTHING has been filed with the Court regarding the Estate of Joachim von Dehn by Hala Tabl since May 29th, 2020! It doesn’t take months to show up here, notice The Kingdom of Heaven Found a Sean? That was only just filed – but I guess My filings with the Court are immune from Covid delays. The Statement of Defense is self defeating because she Will now have to prove all of these points, which means providing Me with a copy of the endorsement from the Justice vacating My objection and endorsing the application for a bond that was also never filed with the Court and therefor, not sanctioned by the Court!!! The Court has NO IDEA any of this is taking place, and they believe that because they are Good Friends with a couple of Court Justices that I Will be too stupid to know that they are conspiring to deceive Me at this point. I believe the Hala has a lot of explaining to do because she does very much have a duty and obligation to advise My sister of her legal and lawful obligations when making an application for Estate Trust, that she must Act in the best interest of the intended Beneficiaries, and to secure the Estate assets for them. She is also very much obliged to provide Me with full disclosure of Estate assets before as King of Me to consent to any One’s application to be Trusted with those assets.

And of course, they are trying to suggest that The Kingdom of Heaven Found a Sean is not a legal entity or proper Trust. Well, that’s Good News for Me, too because they Will have to prove that and I have plenty of documents to provide them with when We get to discovery. And when We get to discovery, I get to discover everything else My brother, My sister, and her lawyer have lied to Me about. Dis-Honourable Justice Castillo Will soon be Wishing they never heard My name – unless of course he can show a requisition to the Court from Hala as King of him to make a ruling without My consent in violation of the Rules, and a receipt from the Court supporting Hala’s requisition that was then forwarded to a Court justice for review. None of that can even happen without Notice to Me, and We can see by the Court of Record regarding this Matter that everything was done outside of Court, with absolute contempt for the Rules of Civil Procedure, and in violation of the Rule of Law.

Also, there is a complaint about being addressed as ‘Respondents’. Well, I told You that I did that very specifically because the Word applies to Matters of Equity and Trust, not the Civil Jurisdiction. The Situs of the Trust Instrument defines the Jurisdiction and subject Matter. This is what the ‘legal dictionary’ has to say about the Word, ‘Respondent’.

In Equity practice, the party who answers a bill or other proceeding in equity. The party against whom an appeal or motion, an application for a court order, is instituted and who is required to answer in order to protect his or her interests.

Also, a Final Notice of Civil and Criminal Liability for Breach of Trust with Criminal Intent was served upon the City of Ottawa at 5:00 today to advise them they Will be Noted in Default tomorrow at 5:00 if they do not reply.

So it is a very Thoroughly Thrilling Thing King Edition because My adversaries appear to be burying their Self. I’m not sure if they are thing King that every justice in Canada is going to violate the Rules of the Court and provide private rulings outside of the Court process, but every single one who does Will be placed on Notice of Civil and Criminal Liability, but I believe the only reason I haven’t seen the alleged ruling by Castillo, is because he didn’t Wish for Me to ever find out. Oops.

So My sister’s lawyer just admit straight up that she has done things with the Court which I am completely unaware of, in the same Statement of Defense where she herself announces Me as the primary Beneficiary. She also says ‘under the Law of intestacy’… What ‘Law of intestacy?’. Does she mean this?

When a person does not have a valid will when they die, it is called an intestacy. When this happens, Ontario’s Succession Law Reform Act sets out how the estate is distributed. In general, when a person dies without a will, the people who can inherit their estate include their spouse and closest next-of-kin.Sept 22, 2021

As I explained to My sister, there cannot be a ‘Succession’ Act if there is no right of succession. The closest next of kin is the Primary, Entitled Beneficiary. Like I said, their defense is a scare tactic and not one argument Will stand in Court because there is no Lawful basis for them. Their ‘opinion’ that The Kingdom of Heaven Found a Sean is not a legal entity does not make it so. An Express Trust is defined as a natural person in Law, which is very much a legal and lawful entity.

Also, just for kicks, let’s see if any of these fit the criteria of My Trust? What kind of Express Trust would You call ‘The Kingdom of Heaven Found a Sean’? Frankly, I don’t Give a rat’s ass what kind of Express Trust they Wish to call it, it’s a legal and lawful entity, and it’s purpose was to protect the rights of the Man, Sean von Dehn, who is often mis-taken (kidnapped by policy officers) for an artificial legal person. The Trust was set up to finally resolve any outstanding confusion regarding the artificial person Created in My Sacred name. Canada has also asserted that I do hold the Supreme Claim of Right upon the name/title, ‘Sean von Dehn’, and I can be as King for compensation if My property is used without My consent or in violation of My Trust in God.

Oh, and today’s feature photo is only to showcase The Kingdom of Heaven’s ‘He-Art Exhibit-Sean’. The Elephant Will be for Me because I got tired of looking at What’s on’s face and needed a break.